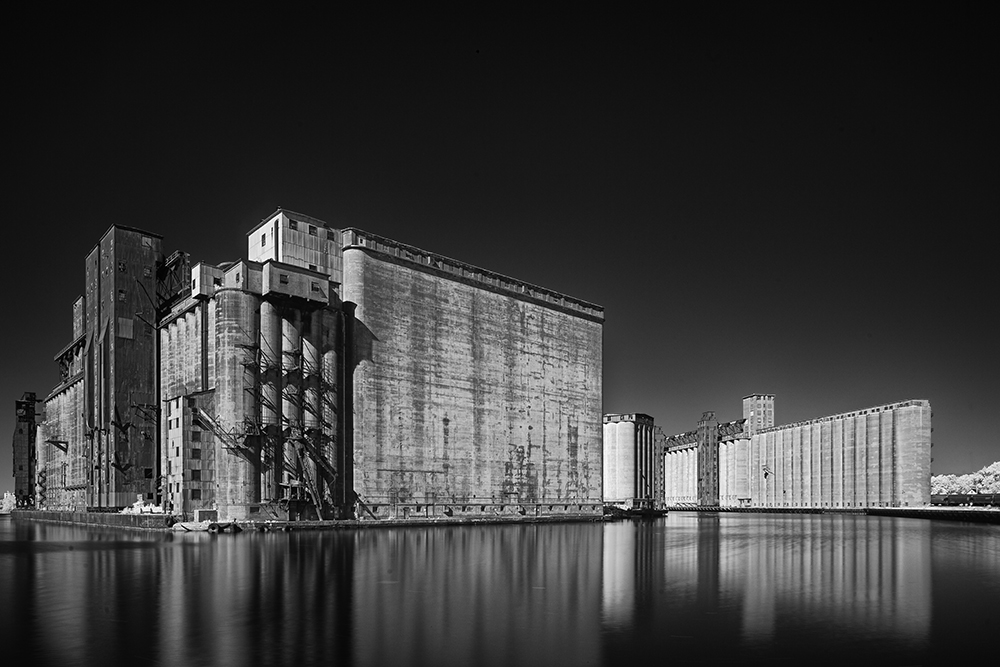 Buffalo NY is home to the largest collection of concrete grain elevators anywhere in the world. The elevators date from the early 20th century, when Buffalo prospered as a key hub in the transshipment of grain from the Midwest to the Atlantic. They are concentrated in a small part of South Buffalo's First Ward, an area that has been called "Elevator Alley". Architectural Historian Reyner Banham described Elevator Alley as a "Concrete Atlantis", and argued that their monumental geometries played a key role in the development of 20th century architectural modernism. The notion that I had come upon some sort of lost Atlantis was very much in my mind as I was making these photographs. 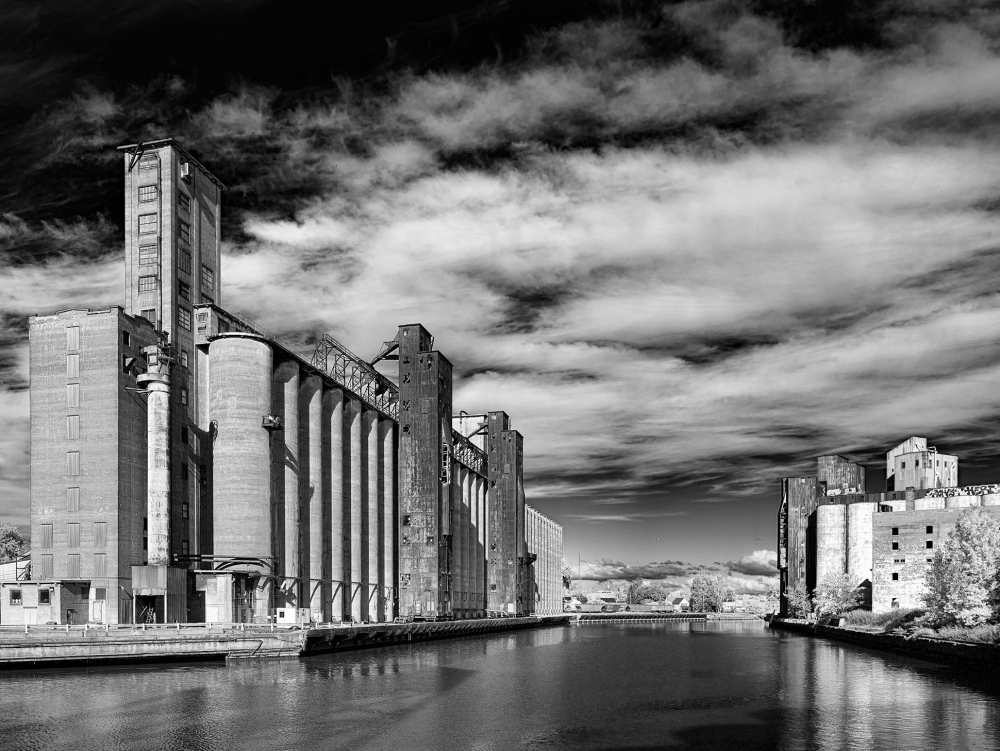 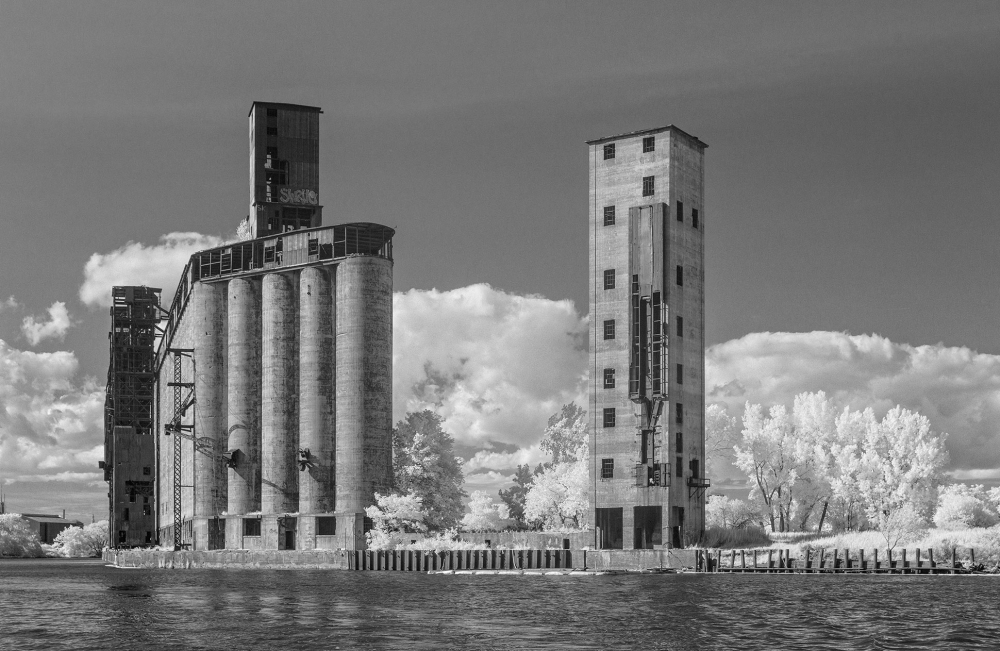 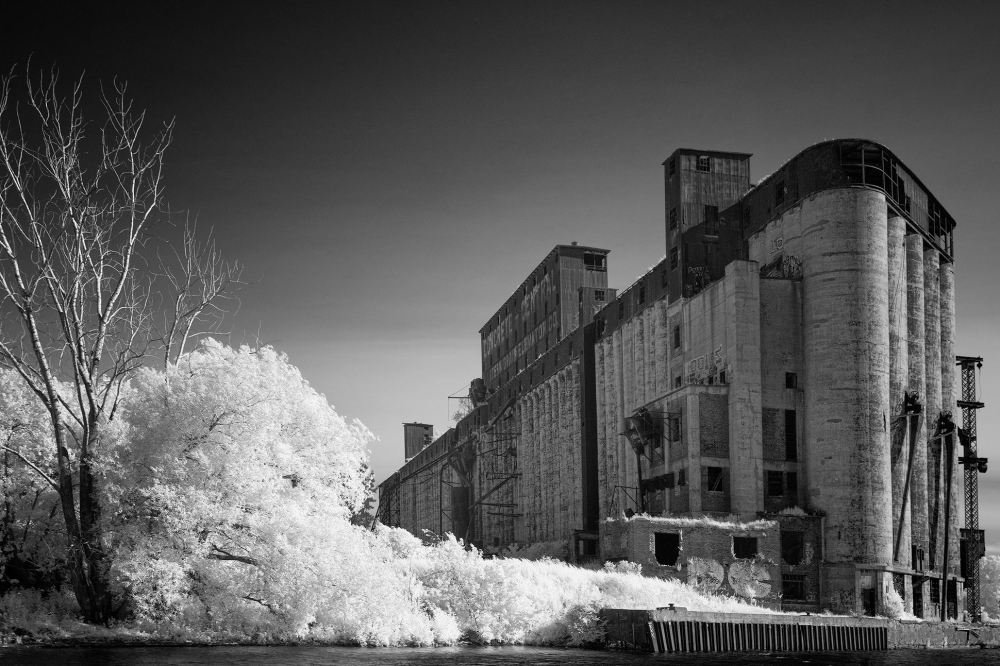 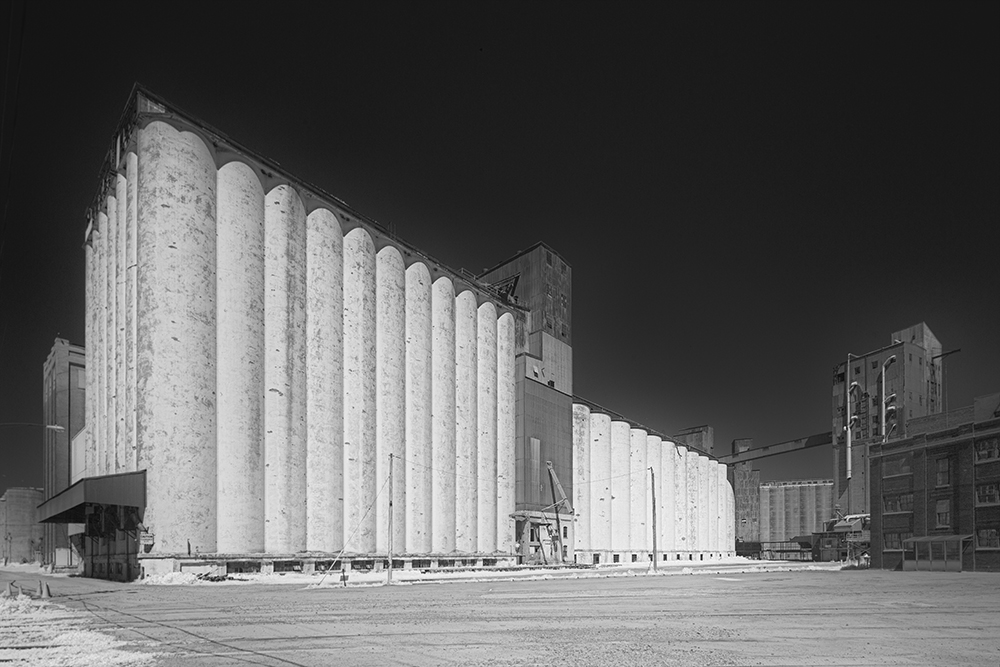