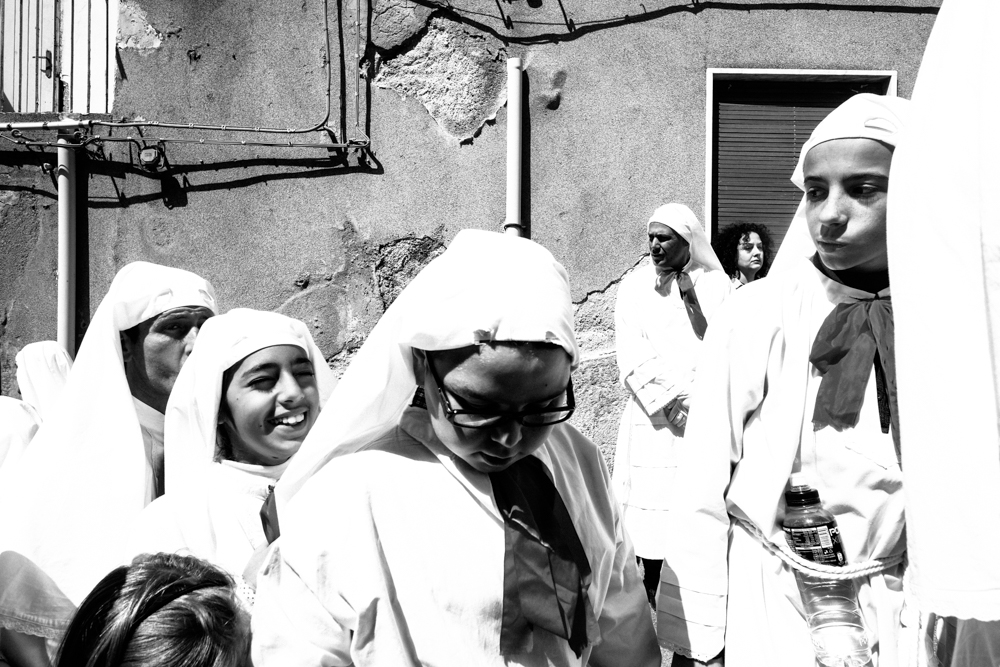 a Good Friday. Sicily, Palagonia, 3 April 2015 There are places in Sicily, where time seems to stand still, there are places in Sicily where tradition meets the faith and folklore and together move the soul of people. In Palagonia, a small sicilian village, this happens on Good Friday. In the silence of a unusual morning, people follows the "Christ at the column" led by men of some religious congregations. The white clothes of devotees shine the light of the sun and they contrast with the black of the people's mourning clothes. The procession moves slowly, the sound of funeral marches echoes in the air spacing out the litany of some men… men who handed down from generation ancient votive songs. You can meet Smiles, suspicious looks, ecstasy and innocence and if you look on the ground, you can see bare feet of women who for devotion sacrifice their body in exchange for hope. 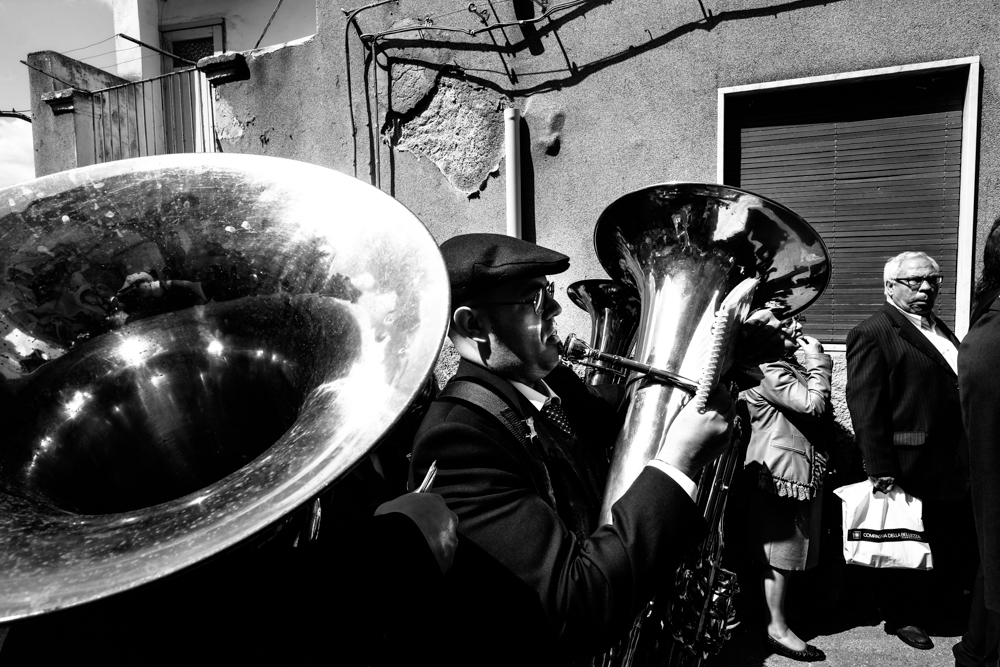 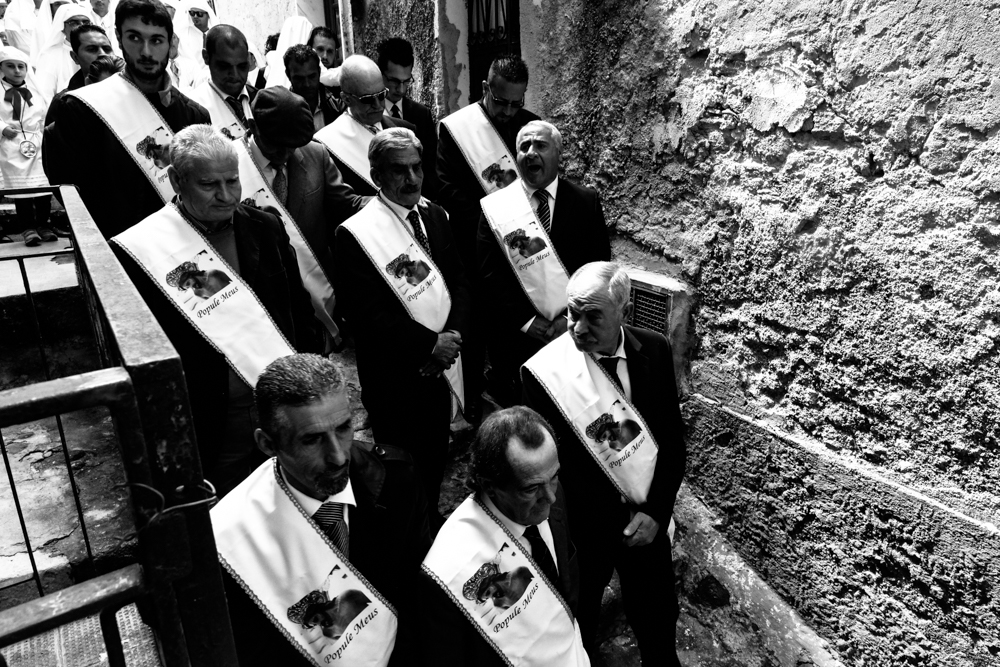 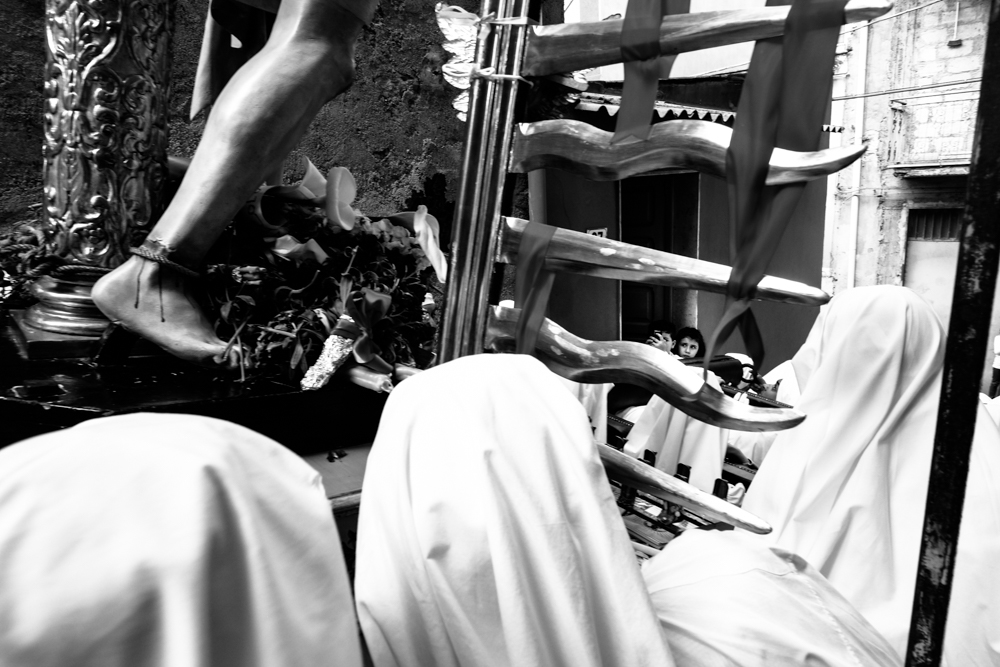 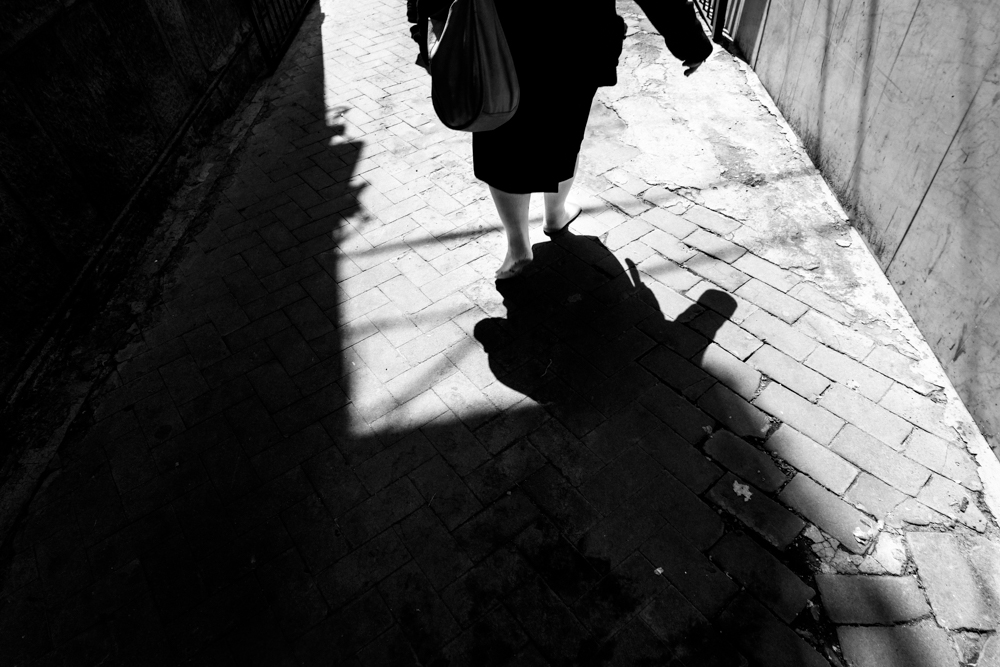