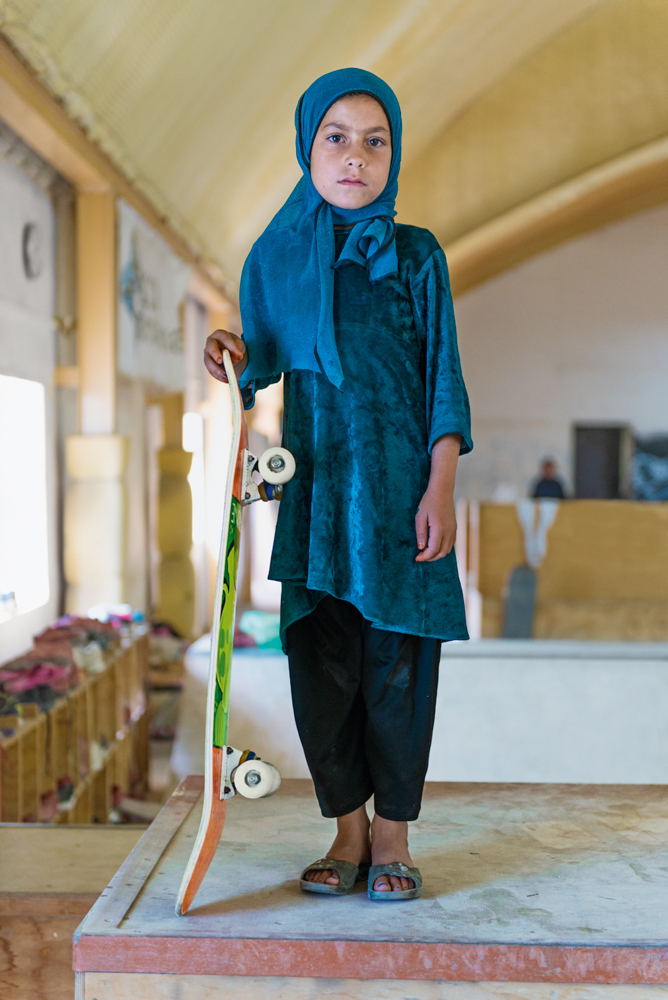 Bicycles may be off-limits to girls in Afghanistan, but a project that encourages girls into education with the promise of skateboarding lessons is giving them a new sense of liberation, captured by photographer Jessica Fulford-Dobson. 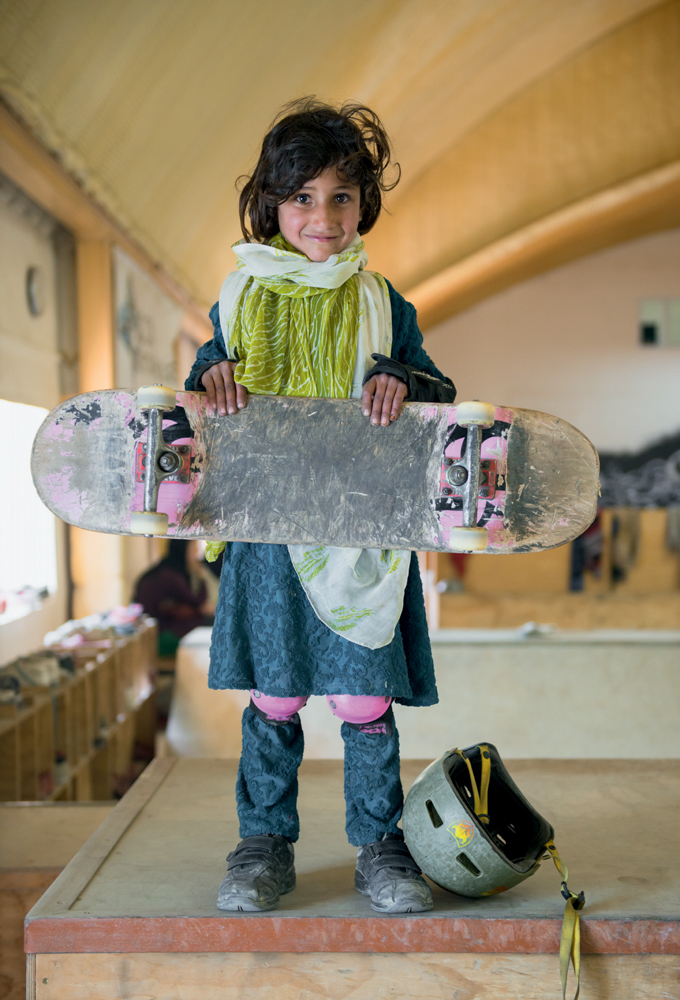 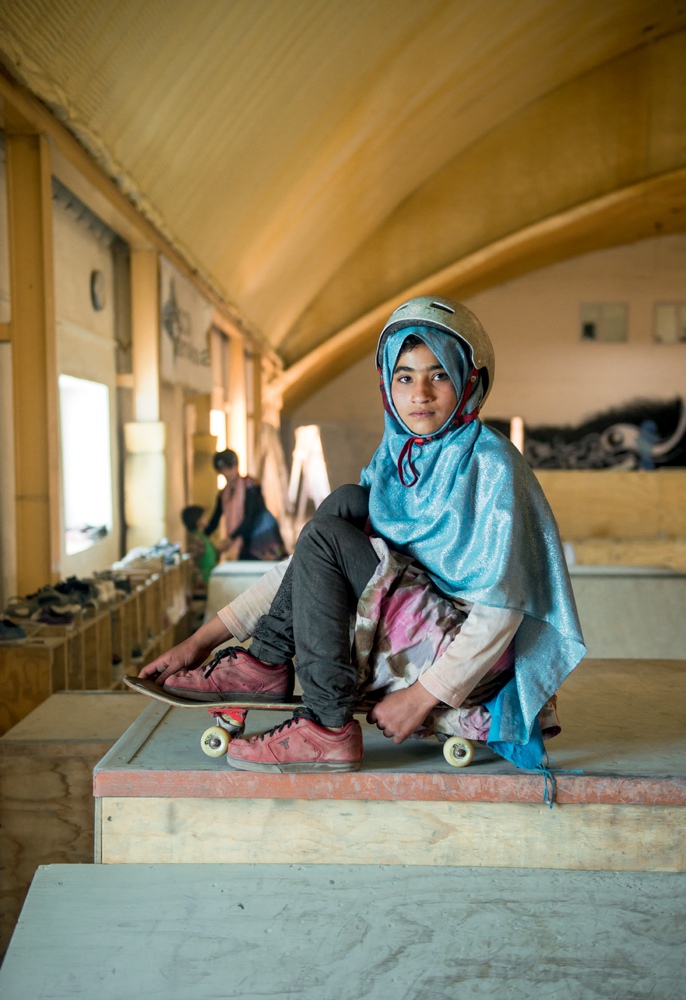 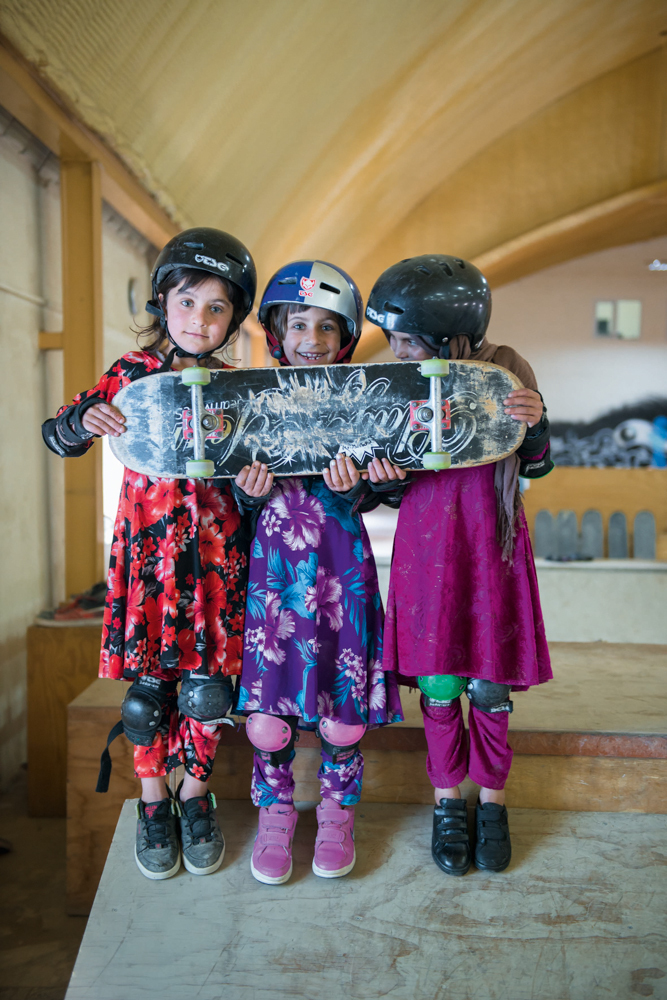 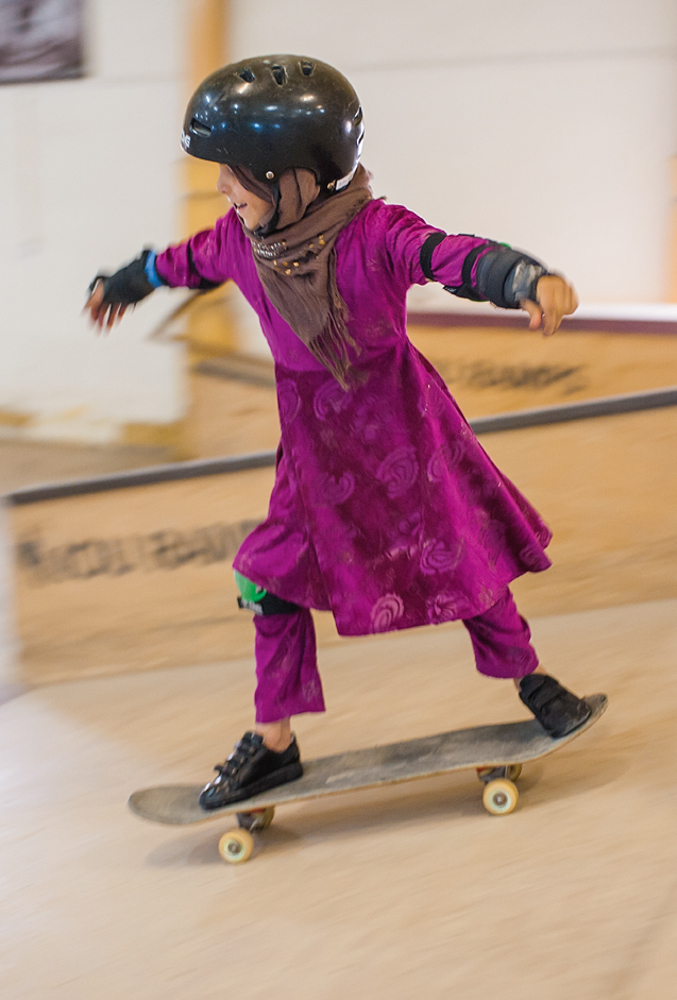 Skate Girls Of Kabul by Jessica Fulford-Dobson The article was so short that I nearly missed it: I was reading a newspaper late in 2012 when I stumbled across a small piece about girls skateboarding in Kabul. The very idea of Afghan girls on skateboards captured my imagination and I thought it was a shame that such a visually striking story was compressed into a small column of text. We only seem to hear bleak news from Afghanistan, so it was really refreshing to read something so different and uplifting. I got in touch with Skateistan soon after and, following a visit to their Berlin offices in March 2013, they were kind enough to grant me permission to photograph the school in Kabul as well as their brand new facility in Mazar-e-Sharif in the north of the country. I first travelled to Afghanistan in June 2013. Although over the years we have heard about the country all the time in the news, I had no real sense of what to expect when I got there. I found that Kabul is beautiful in many ways. Itâ€™s surrounded by hills and in summer, and first thing in the morning the air can be amazingly clear and fresh, and full of the scent of the roses that grow incredibly well in the climate. Less poetically, there was also the smell of tarmac because road resurfacing was in full swing everywhere. Kabul is a vibrant, busy city full of markets and street traders, wheelbarrows and stalls groaning with mangoes, kiosks selling bread and boys selling ice cream from red carts blasting out the tune to Happy Birthday on mini-loudspeakers, noise and bustle everywhere, and people generally just getting on with their lives. Itâ€™s hard not to think of Afghan girls skateboarding as a remarkable and quirky clash of cultures. But when you see these girls in their beautiful, bright, flowing clothes tearing around the skate park, often yelping and shrieking with laughter, your preconceptions drop away. You realize that however unusual it may seem, theyâ€™re doing what comes naturally to them. As with girls anywhere in the world, once you give them the chance to do something they love, each one begins to discover her own personality, her sense of style and how to express it. I met so many impressive women and girls in Afghanistan: a teacher as tough and determined as any man; young Afghans in their early twenties who were volunteering at an orphanage and were passionate about being seen as strong and willing to fight for themselves rather than as victims of circumstance; as well as girls who were being educated to be leaders in their communities and who were already thinking carefully about their own and their countryâ€™s future. And of course there were the young skate girls, so fun to be around and so totally unspoilt. I feel lucky to have met them. I hope that this collection captures something of their spirit: their joy in life, their individuality and their community.