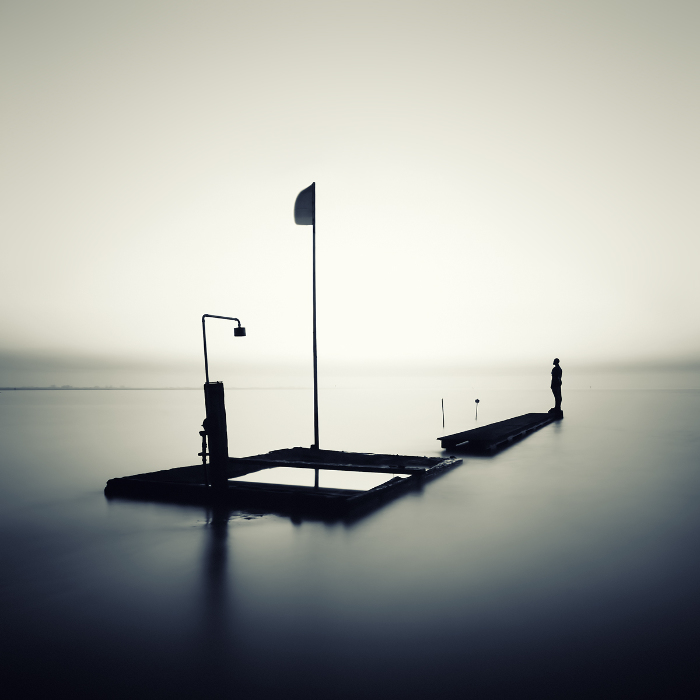 Location: Wadden Sea (North Sea) at Dangast, Jade Bight ("Jadebusen") appr. 1 hour after sunset You're viewing a small tidal pool and a statue named "Jade" created by artist Anatol Herzfeld, a former student of Joseph Beuys, during high tide. Dangast is a small village situated on the southern banks of the Jade Bight where chiefly expressionistic painters such as Karl Schmidt-Rudloff or Erich Heckel worked for a couple of years around the beginning of the 20th century.