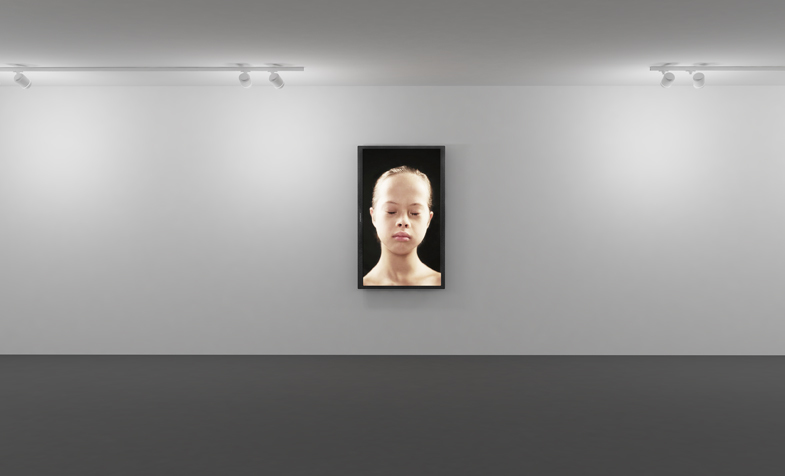 In the work, children with genomic pathology gain the position of the subject, whose gaze is directed at the “normal” order of things. The portraits are another allusion to the Christian tradition. The well-known postulate, stating that “it is not a person who looks at the icon, but the icon that looks at a person”, finds its manifestation in art: the element of the work contains the look both at the whole work and at the viewers. Along with that, viewers become the object of the video, as its semantic mechanism resembles a mirror in which we are looking for the definition of the modern human.In this work I show that these children open the door to our own inner world.