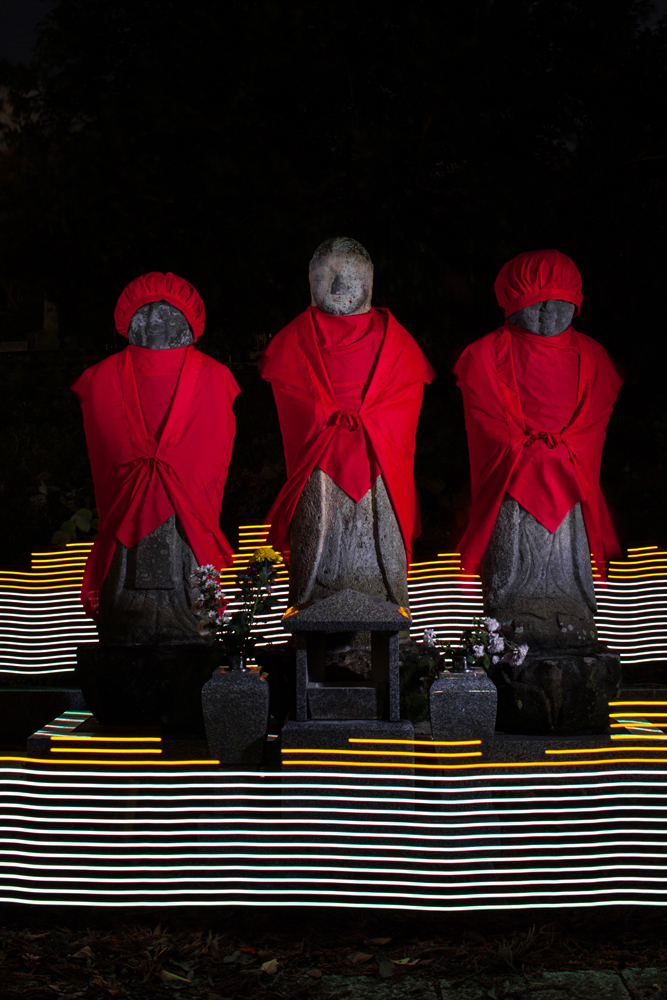 Five and thirty years have passed respectively since the Fukushima and Chernobyl nuclear meltdowns, but despite the passage of time, elevated levels of radioactivity endure and a complicated picture of environmental and social impacts remains. Many places in Japan and Chernobyl-impacted Russia have undergone decontamination work, but the vast, uncontrolled nature of the problem ensures that hotspots of accumulated radiation linger, and invisible threats remain in places where populations have returned. Lightpainting with a custom-built light stick and geiger counter exposes radiation, in real-time, in Japan’s Fukushima prefecture and the Bryansk region of Russia; highlighting the risks face by communities that continue to live in – or are expected to return to – areas affected by the two worst nuclear events in history. 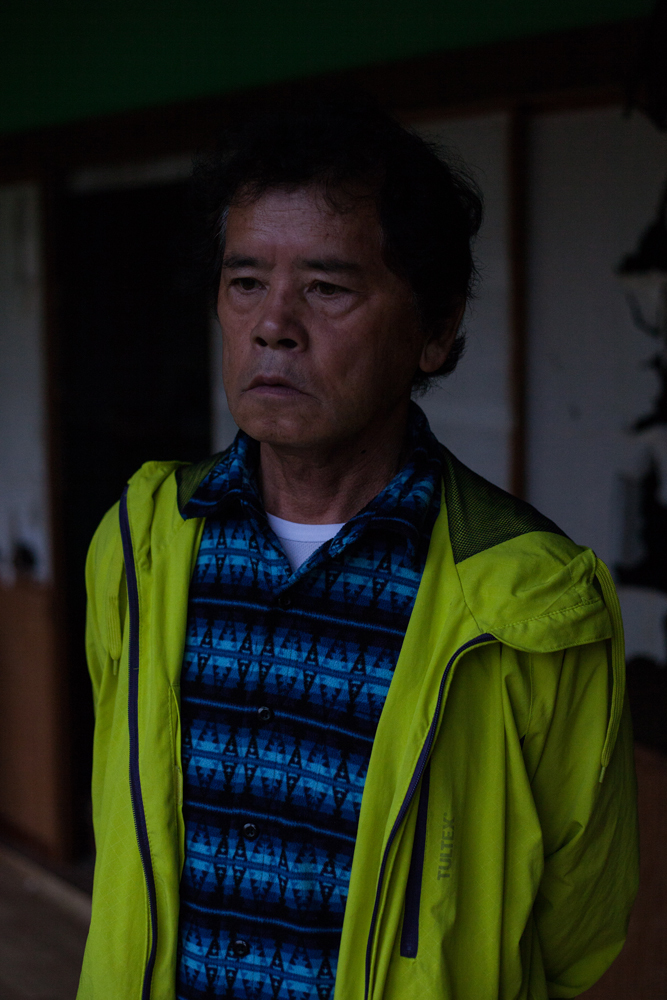 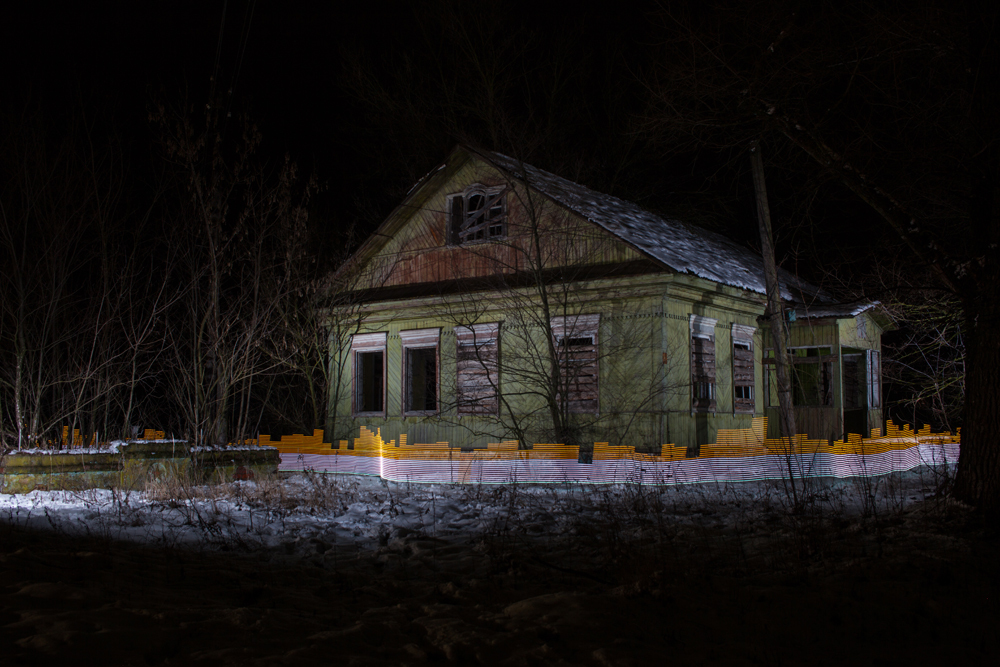 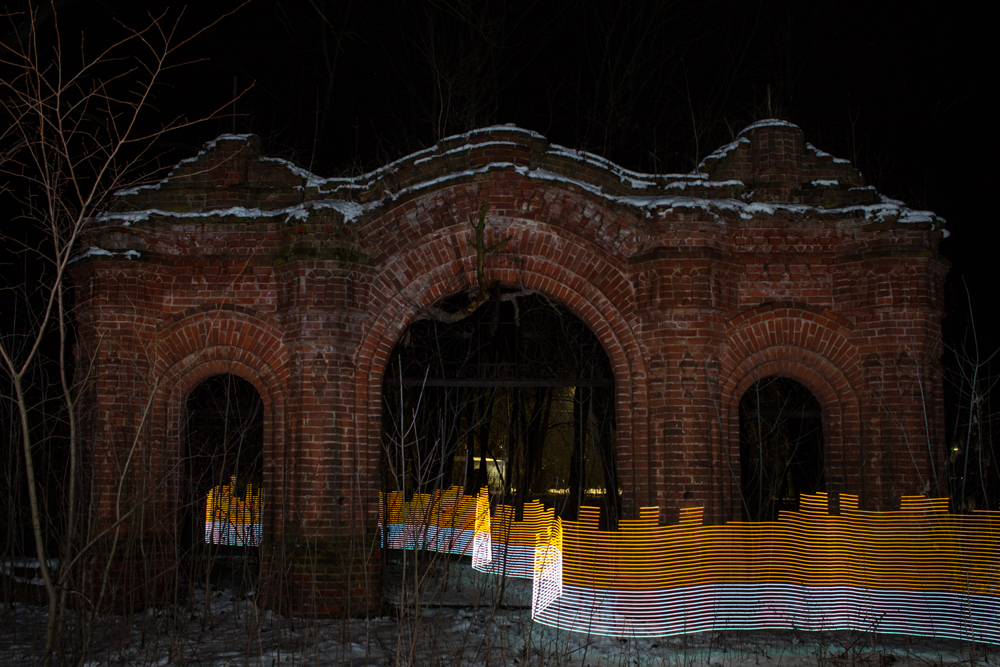 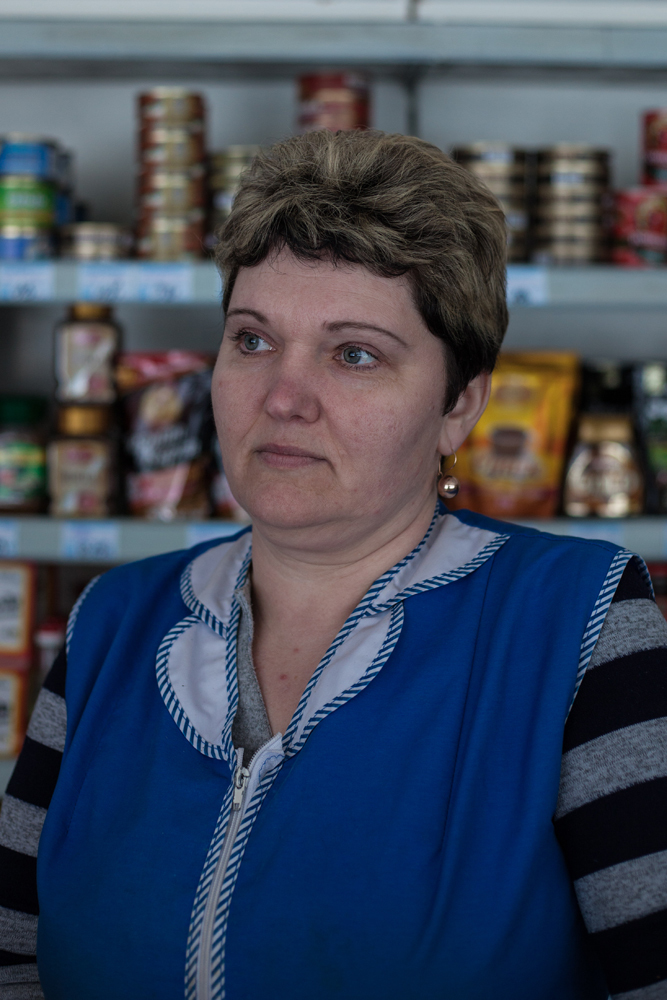 Thirty years after Chernobyl and five years after Fukushima, the legacies of the worldâ€™s two worst nuclear disasters continue to be shaped by the invisible embers of environmental radiation. While separated by decades and half a world, communities in Japan and Chernobyl-impacted areas of Ukraine, Belarus and Russia are intimately connected by the ongoing presence of radiation. It is omnipresent in the economic, health, and social decline of these areas, and its impacts worsen as official support disappears. This makes communicating the presence of this radioactive threat an important, but challenging task. Nuclear photography typically focuses on portraiture of victims, on deserted landscapes, decaying buildings, or measurements on technical equipment. These techniques all tell useful parts of the story, but they remain abstract and disconnected from the source of the problem. The solution: make radiation visible in real-time with a custom-made geiger counter-connected LED light stick, paint contamination levels in long exposure photographs. Walking through an environment with this tool highlights where radiation exists, with more lights and colours highlight greater concentrations and higher risk. White shows the Japanese governmentâ€™s guideline for decontamination: levels under 0.23uSv per hour (1mSv per year, which assumes people spend 8 hours a day outside and 16 hours inside). This is similar to Russiaâ€™s official â€œnormâ€ level of 0.20uSv/h. Orange shows contamination levels elevated above this, up to 1.0uSv per hour (roughly 5mSv per year). This is a range where protective measures to minimise radiation exposure - such as resettlement, decontamination, special health services, and food controls - should be considered. Russian communities are obligated to be resettled above this level. Red shows radioactivity greater than 1.0uSv per hour (upwards of 5mSv per year) - a level where protective measures are necessary. Using this tool in areas affected by Chernobyl and Fukushima, it is clear that places decontaminated by the authorities in both countries often exhibit radiation levels elevated above official guidelines. Evacuee Toru Anzaiâ€™s former home in Iitate has been officially decontaminated, but as it is located in a mountainous and heavily forested area, keeping it clean of radiation is like holding back the tide. Wind, rain and snow continually move radiation back onto Mr Anzaiâ€™s land, leaving him unable to return as his old life slips into ruin. Natalya Rueva from Staryy Vyshkov in Chernobyl-impacted Russia is familiar with the shortfall of official responses. The village has been on the list for resettlement for decades, but despite many areas exhibiting radiation levels well above official guidelines, nothing has ever happened. Residents that could leave voluntarily, without government support, have done so. Those that remain â€“ like Natalya and her family â€“ have done so as they simply have no other choice. 30 years later, the reality for many communities in Ukraine and Chernobyl-impacted Belarus and Russia is that resolution of the problem is no closer. This does not bode well for the people of Fukushima, who having already lost their homes and communities are now facing dwindling official support and a future of great uncertainty.