A FOREST WITHOUT TREES 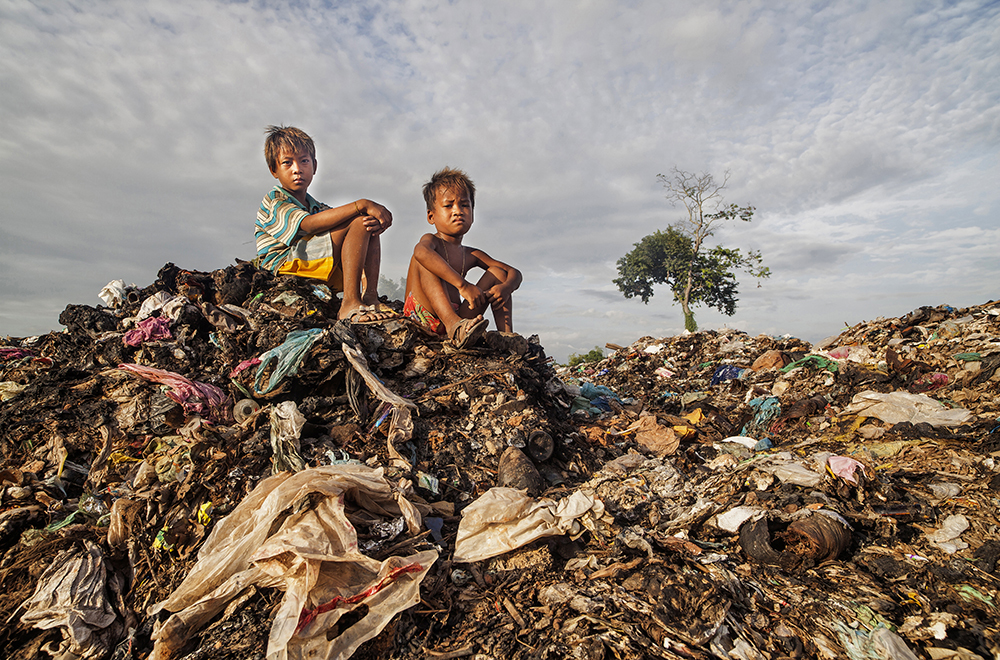 Close to their small countryside village, two children went to play together to what remains of a natural forest and now serves the village as a dumping ground which has been used as such for more than ten years. The place is considered by the children as their playground.Due to the intense deforestation, the temperatures have risen so much that during the hot season people cannot work during daytime any longer.According to the F.A.O of the United Nations; Cambodia has one of the highest deforestation rates in the world.2016 has had the warmest hot season ever recorded in Cambodia.