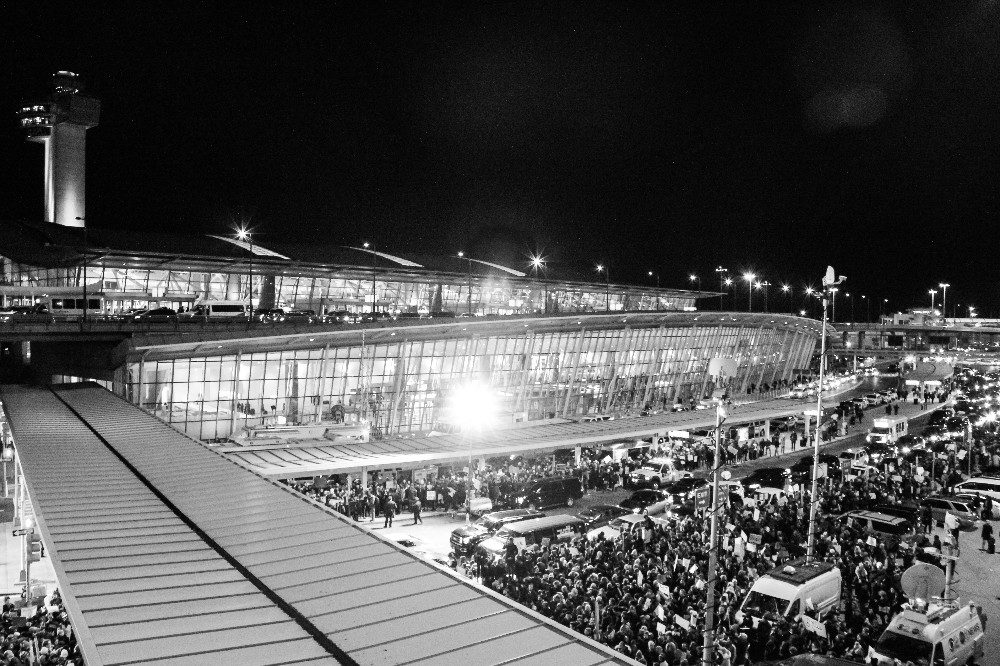 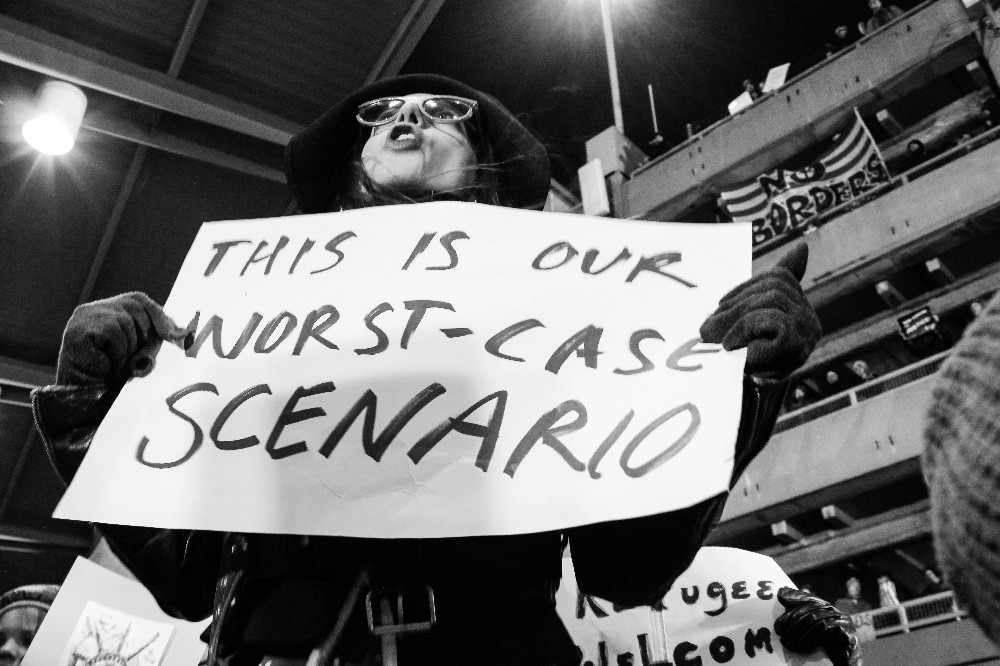 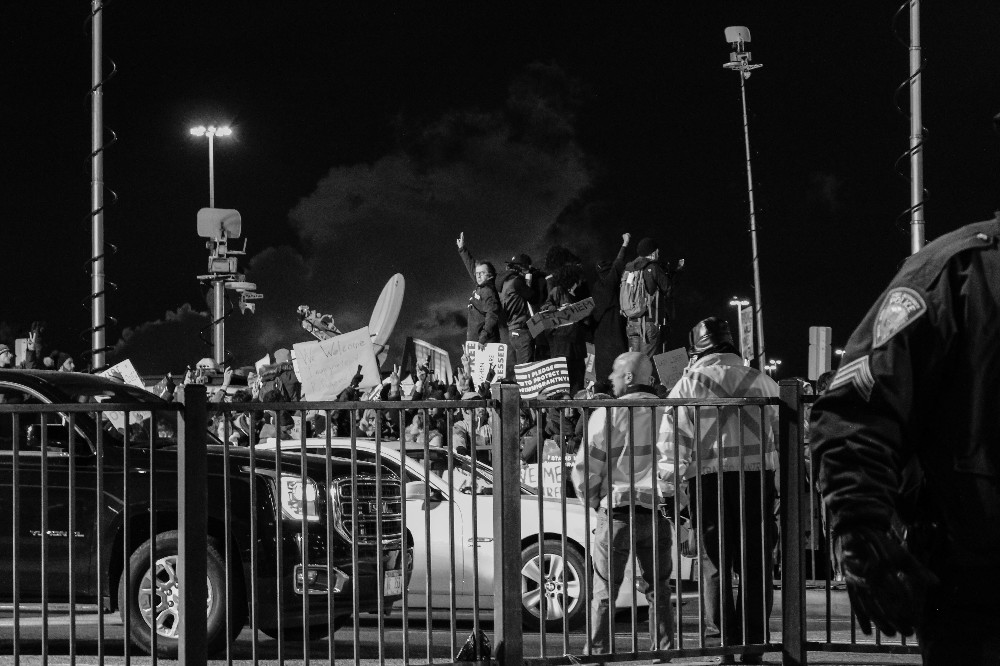 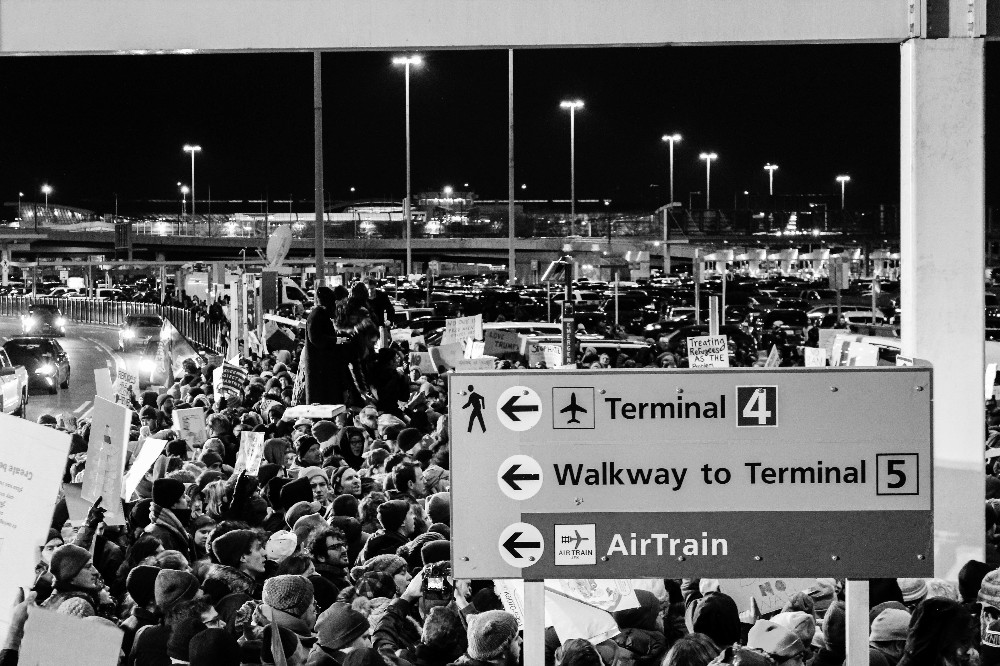 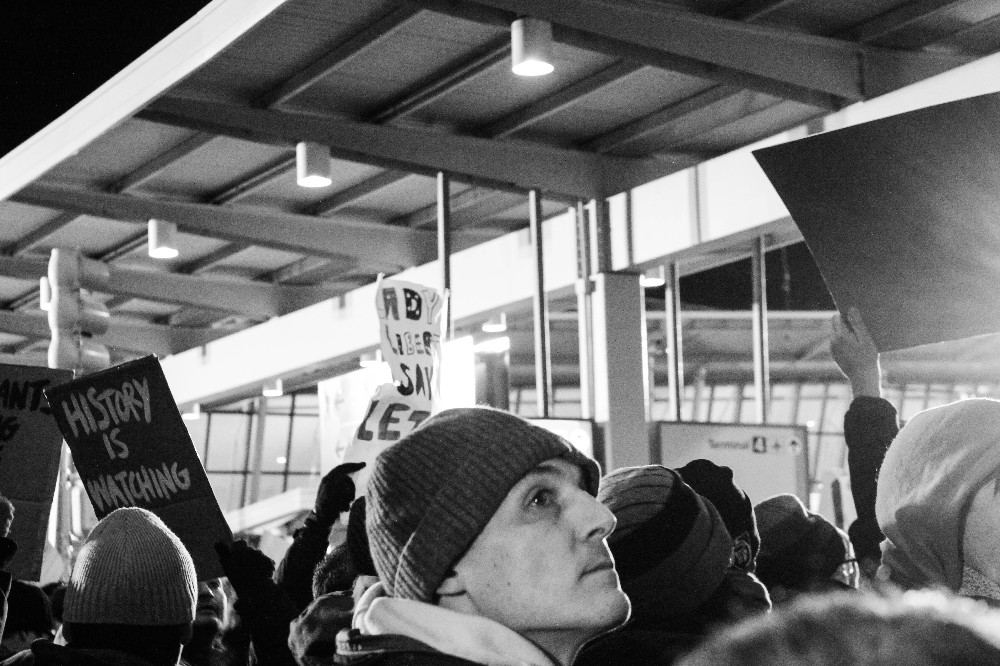 This series of photographs was taken during the January 21, 2017 protest of US President Trump's executive order to ban entrance of Muslim refugees from 7 Middle Eastern nations, to the United States. In the past, immigrants and refugees entered the US by boat and were received by a symbolic monument on their new horizon: The Statue of Liberty. Immigration in modern-day America flows through the many airports that welcome wanderers and wayfarers, from the sky. The importance of citizens, gathering to defend the ideologies that found a nation's core values and policies, is an act that resonates through history and shapes culture and the world as we know it. In New York City, the home of Lady Liberty, immigration of refugees is the literal backbone to the cities development. Inscribed at her foundation are the words of Emma Lazarus, an American poet who wrote the sonnet, The New Colossus: "Give me your tired, your poor, Your huddled masses yearning to breathe free, The wretched refuse of your teeming shore. Send these, the homeless, tempest-tossed to me. I lift my lamp beside the golden door." As I traversed the masses of protestors gathered at JFK Airport Terminal 4 that night, the realization dawned on me, that it was the burden of the American people, to gather together and lift a lamp beside modern-America's golden door and my privilege to capture those moments.