Taking A Stand in Baton Rouge 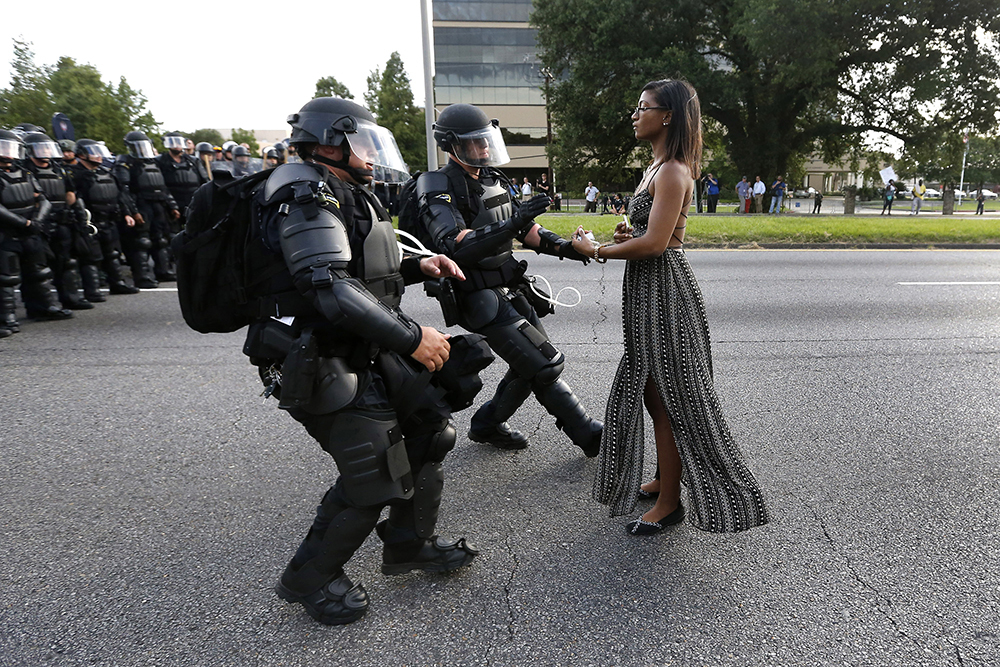 Lone activist Ieshia Evans stands her ground while offering her hands for arrest as riot police charge towards her during a protest against police brutality outside the Baton Rouge Police Department in Louisiana, U.S. on July 9, 2016. Evans, a 27-year-old Pennsylvania nurse and mother to a young boy, traveled to Baton Rouge to protest the shooting of Alton Sterling, a 37-year-black man and father of five, who was shot at close range while being held down by two white police officers. The shooting, captured on cell phone videos, aggravated the unrest that has coursed through the United States for two years over the use of excessive force by police, especially against black men.