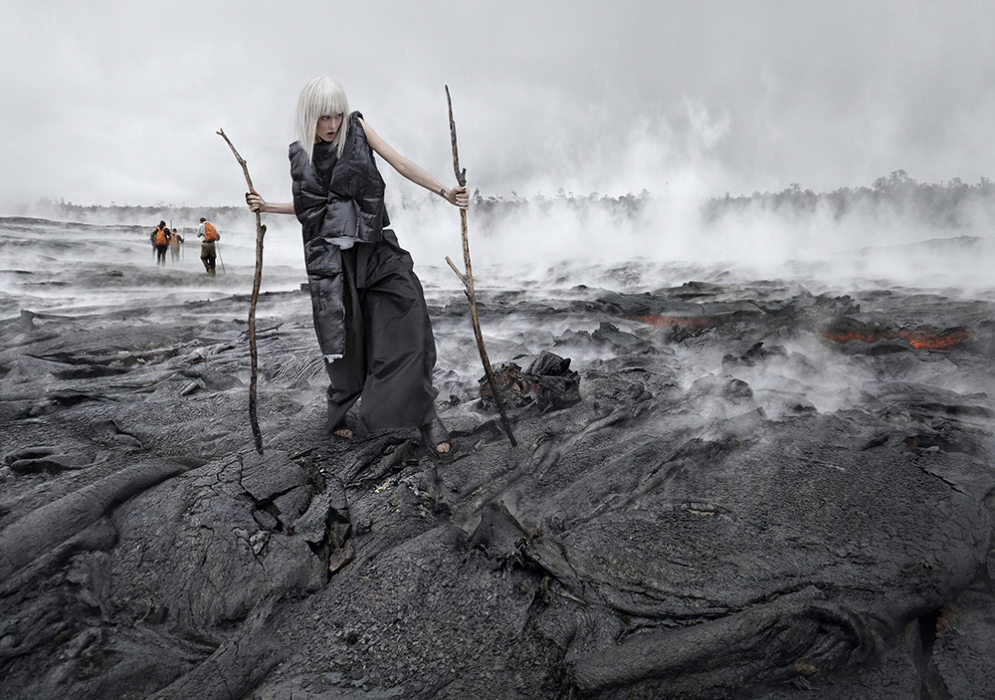 FLOW SCHÖN! magazine / VOLCANO editorial. Where others might see devastation, aridity, even danger, photographer Martin Tremblay sees the backdrop for his next fashion photoshoot—his last shoot, also featured in Schön, took place at 4,207 metres, at the top of Mauna Kea, a dormant volcano on the island of Hawaii. Hardly surprising, then, that when he was deciding on his next location, he chose the most naturally unstable site in the world. Puʻu ʻŌʻō is a volcanic cone (what is it with volcanoes? you might ask) of the Kilauea in Hawaii has been in constant eruption since 1983. As of this writing it is under around-the-clock surveillance as a recent trend of deflation pours lava into the sea, forming some of the newest land on earth. Not the most accessible of places either, the hot spot. 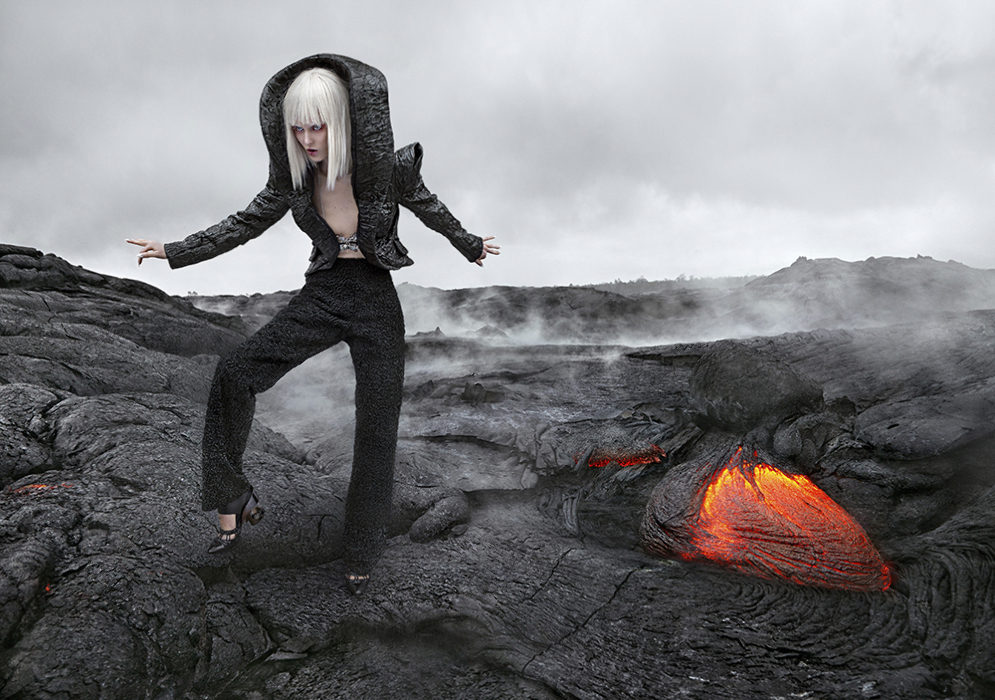 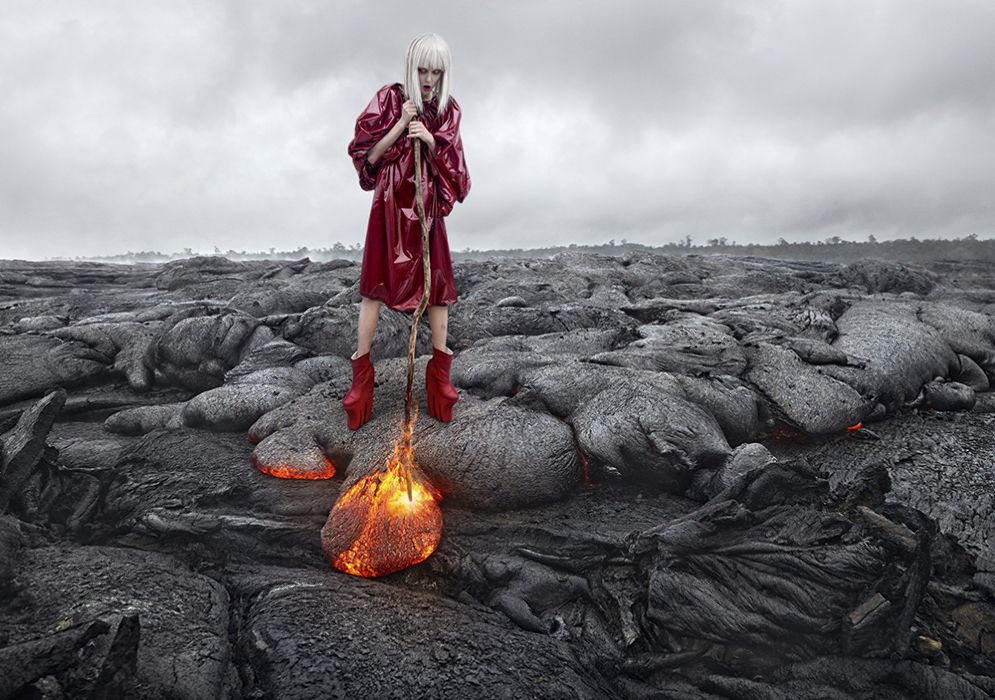 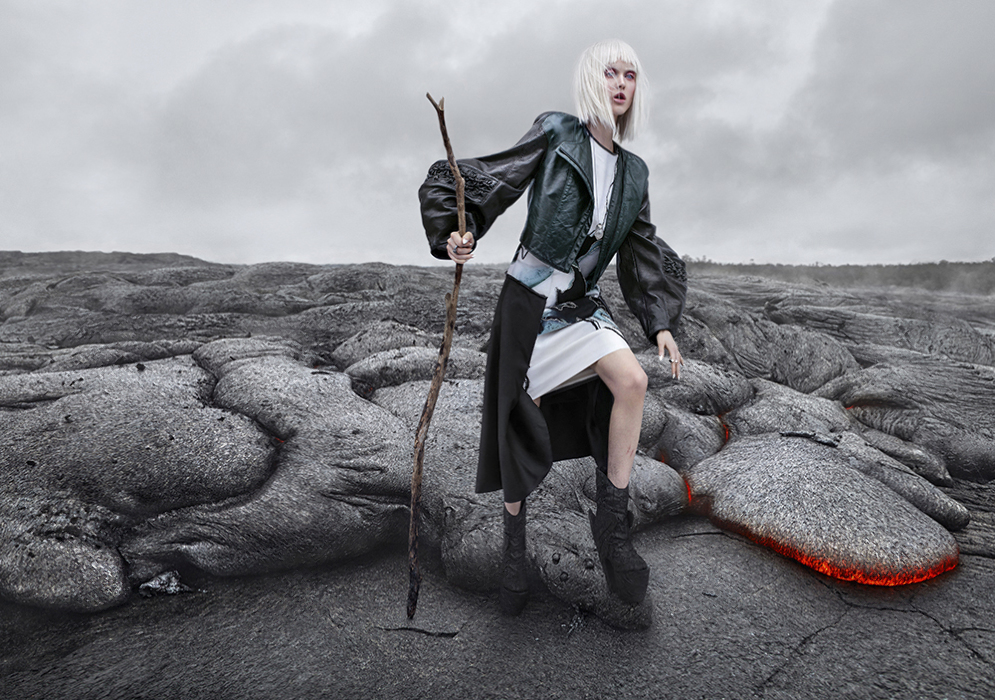 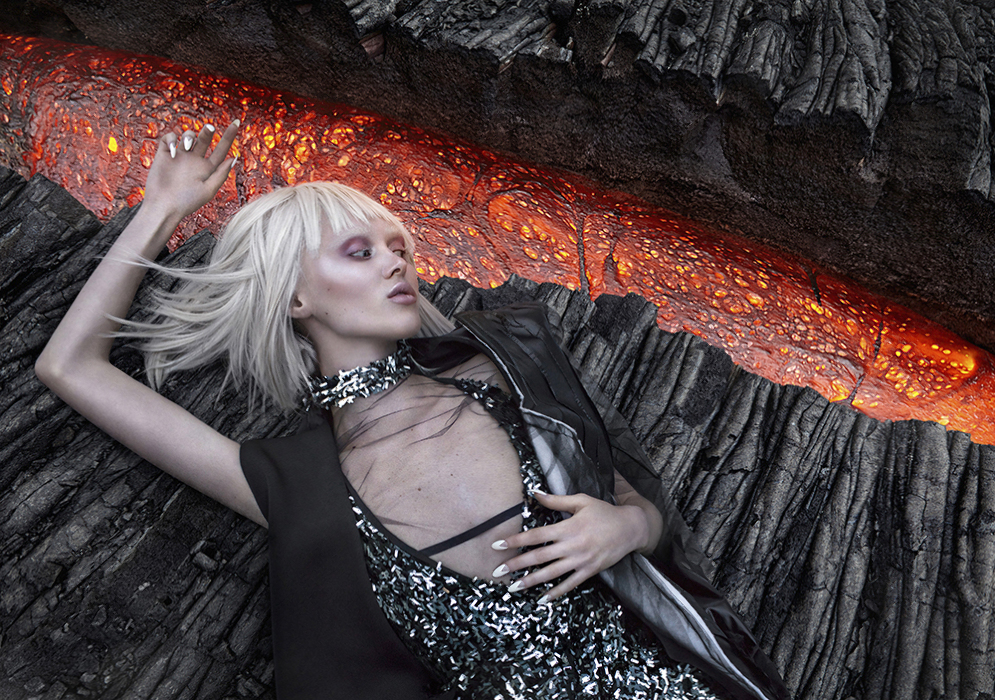