Syrian Childs playing at the Goldenhorn 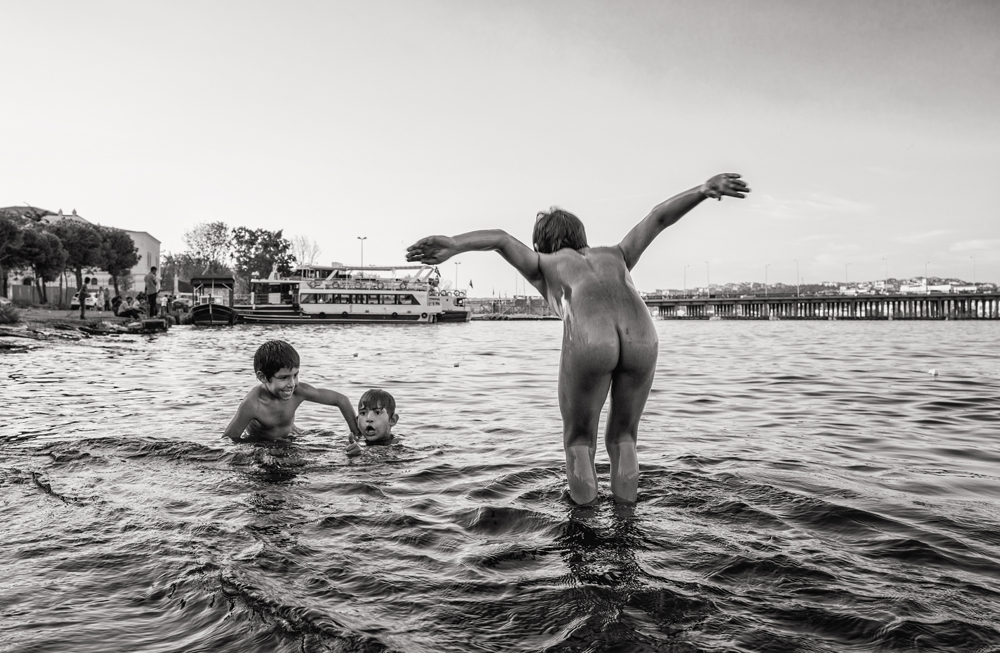 The children of the Syrian immigrants are enjoying the sea under the metro bridge that connects the two sides of the Golden Horn. 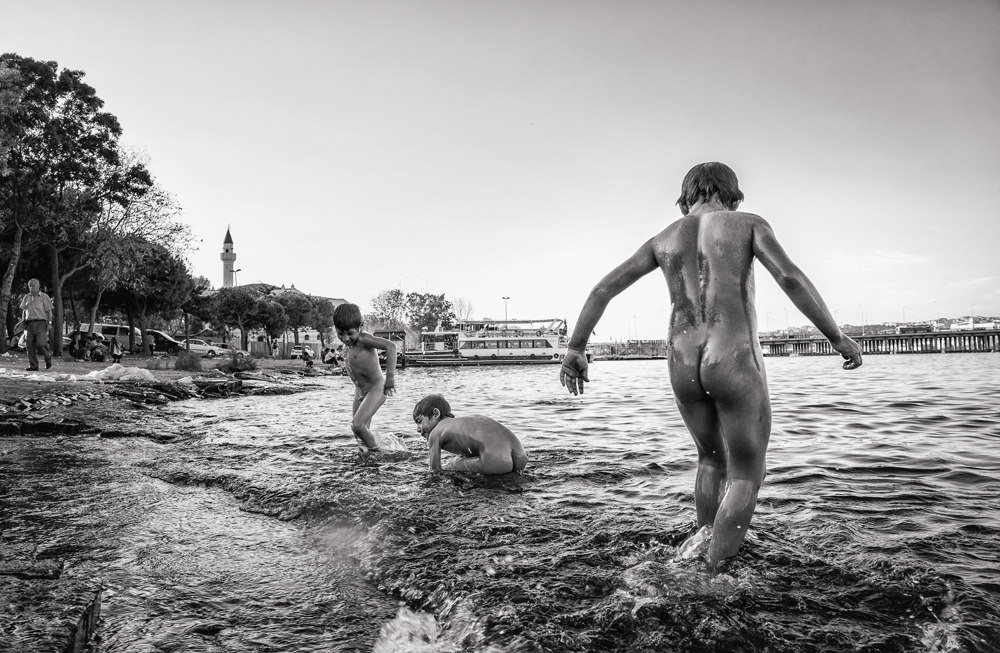 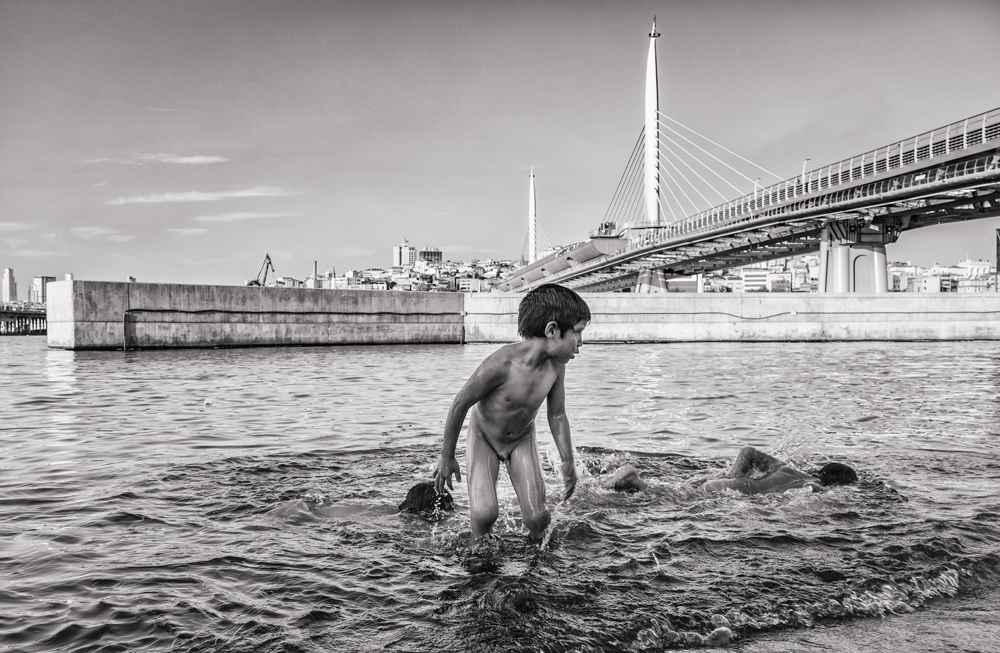 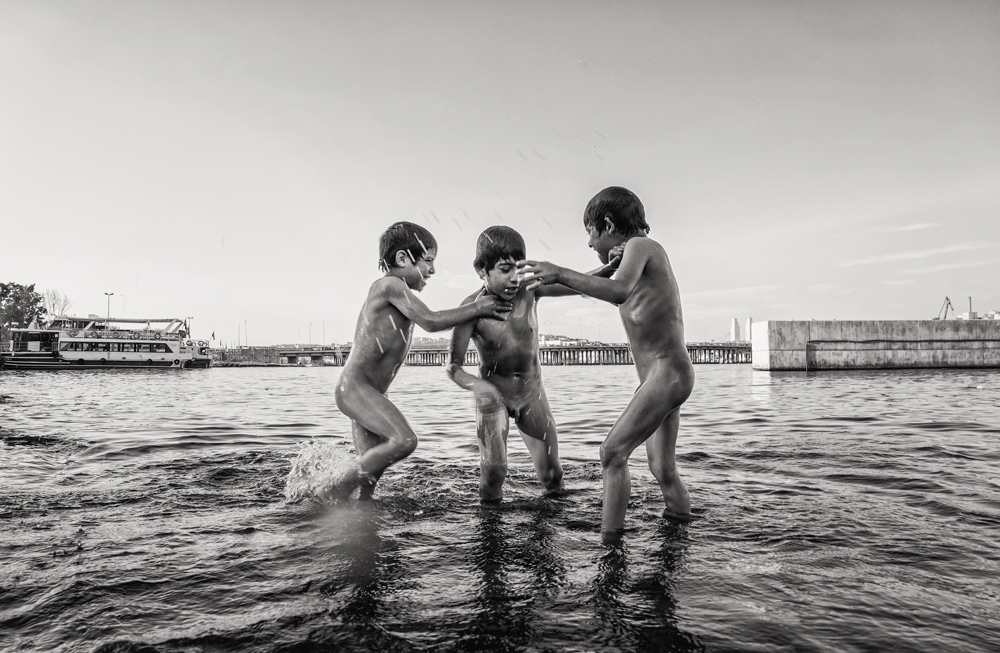 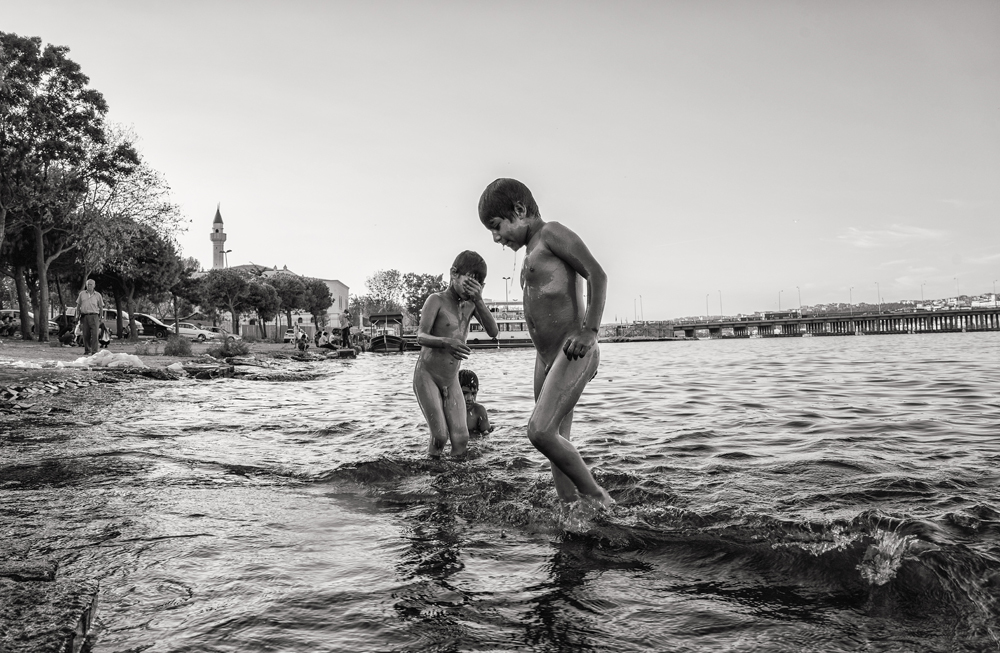 The southern half of the Golden Horn is where low-income Turks live. This area is very close to the sea, so it is very overwhelming due to humidity and warmth in summer months. So in the summer months, people living in this region often spend their time on the Golden Horn shores. Some of the Syrian immigrants who come to Turkey illegally live in this region. Because this region has many buildings abandoned from carelessness. Syrian immigrants have been sheltered by those who live in these abandoned buildings paying small rents. HaliÃ§ has a high amount of pollution due to industrial wastes in the past and house wastes in the past. For more than 20 years, the municipality is struggling to clear the Golden Horn from these wastes. But city waters that come in rains cause pollution again. It is not possible to swim in this region which is quite clean and beaches 40-50 years ago. Part of the Istanbul maritime traffic is the exit point of this region is full of massive tiny public transport. It is prohibited and dangerous to swim in this area due to pollution and boat traffic. But the children living in the region continue to swim without care. Children do not care about this dangerous situation. In the hot summer months it seems that they play in this dirty and dangerous sea, the only source of entertainment for these children, and that the swimmers do not care much about their families. The childs in the photos are Syrian immigrants. They do not speak Turkish, we communicate with sign language.