Wrestling In The Streets Of Seoul 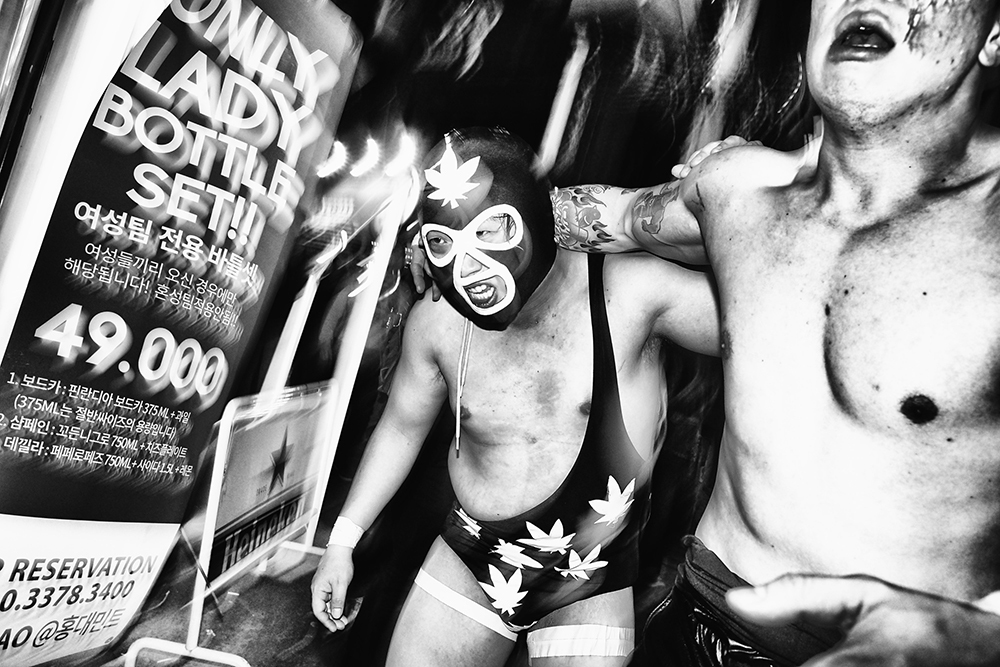 Pro Wrestling Fit is a South Korean wrestling group that fights anywhere, be it in a gym, club, or even a busy city street. One of South Korea’s only wrestling organizations, they take on stage names to exaggerate their characters’ personas. Some members even don costumes to further play on their theatrical identities. To promote themselves, the troupe showcases their backyard wrestling style at unorthodox venues. This particular event took place during an underground rock show dubbed, “an unholy unity of music and wrestling.” Between the opening act and the headlining band, the PWF wrestlers were introduced and then immediately started sparring. To the delight of the audience, they quickly took their fight out of the club and into the street. Enticed by its offbeat and overtly masculine nature, the audience couldn’t help but chase after and marvel at this aggressive spectacle. 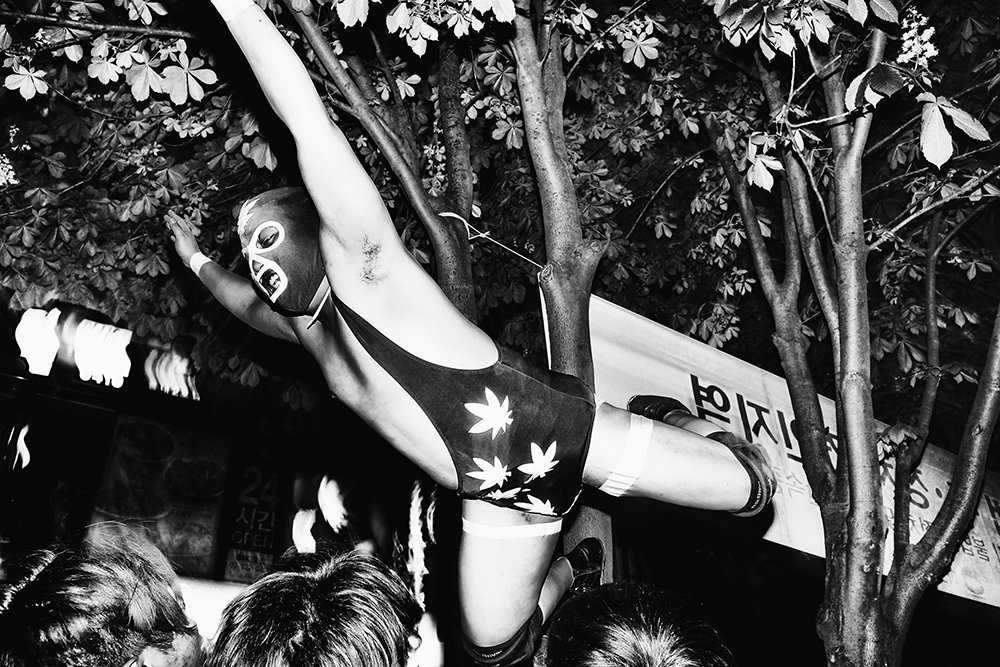 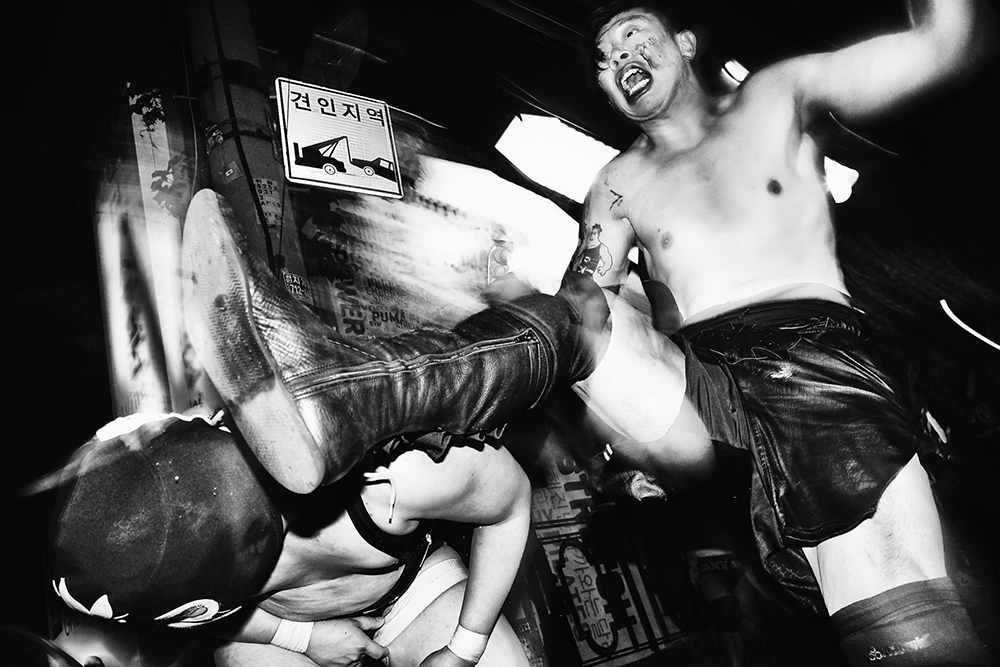 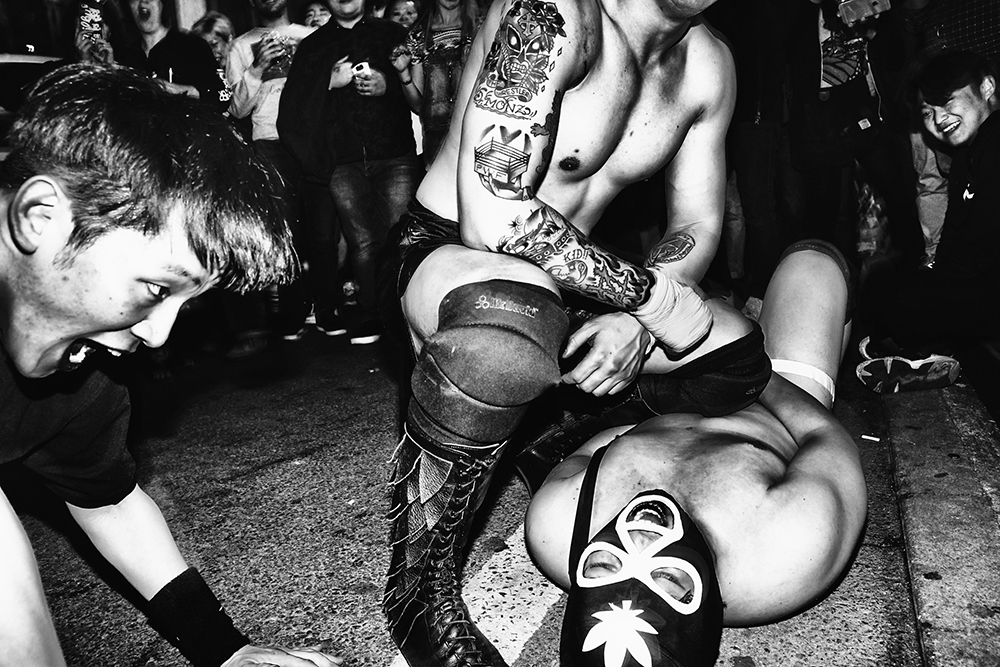 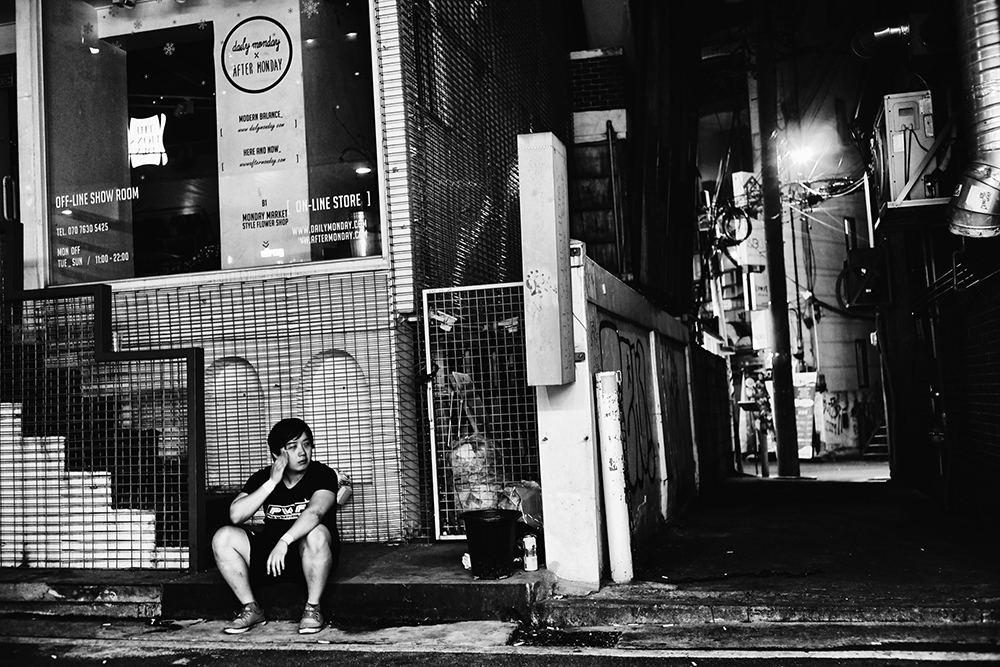