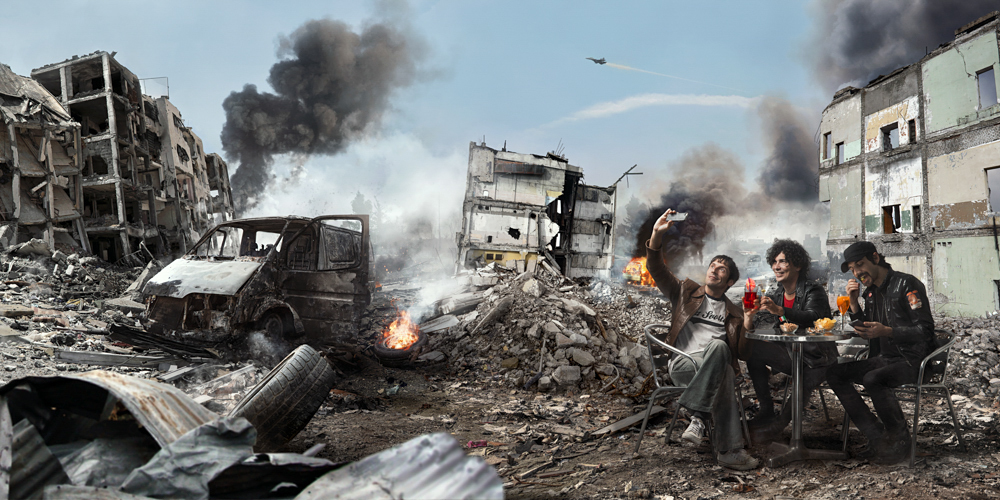 This image is the cover (the entire image is the front and back cover) of the album of Italian punk band "Zen Circus". The album is called "La Terza Guerra Mondiale" (World War III). I worked several months on the concept with the band. Their music is sarcastic and cynical with political content. The album is about our times and how people are disconnected from reality. I worked with digital retoucher Fabio Timpanaro to create this image. The band is enjoying a tipical italian aperitif, taking a selfie, while around them war breaks out.