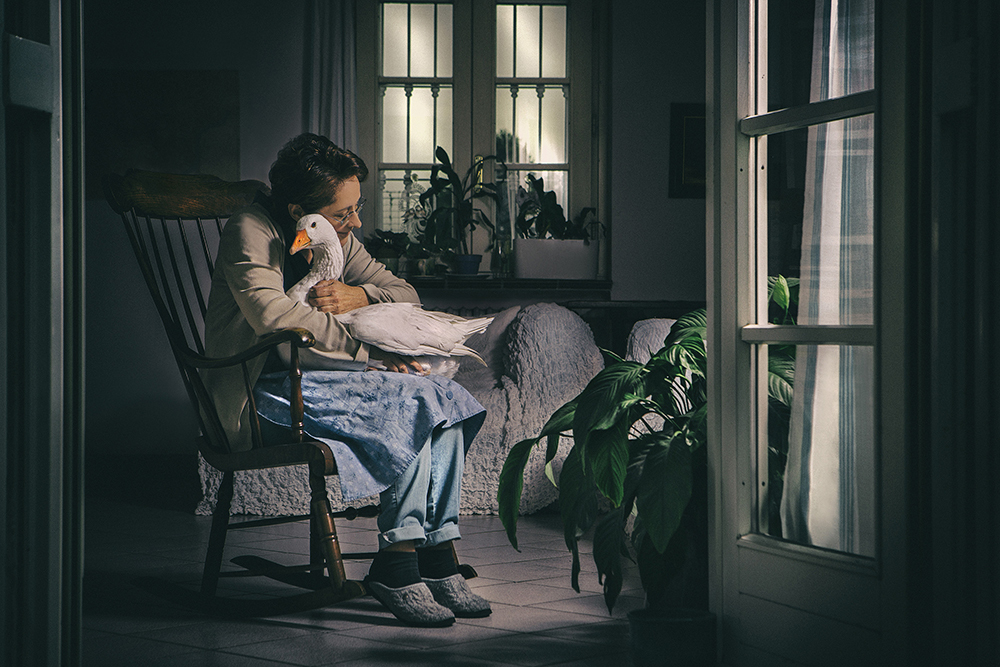 Nirvana’s white goose is called Letizia and arrived to her house as an egg that someone had given to her 15 years ago. She put it under a hen, and so Letizia hatched. She lives in freedom in her garden in Piacenza, Italy