The Silent Victims of a Forgotten War 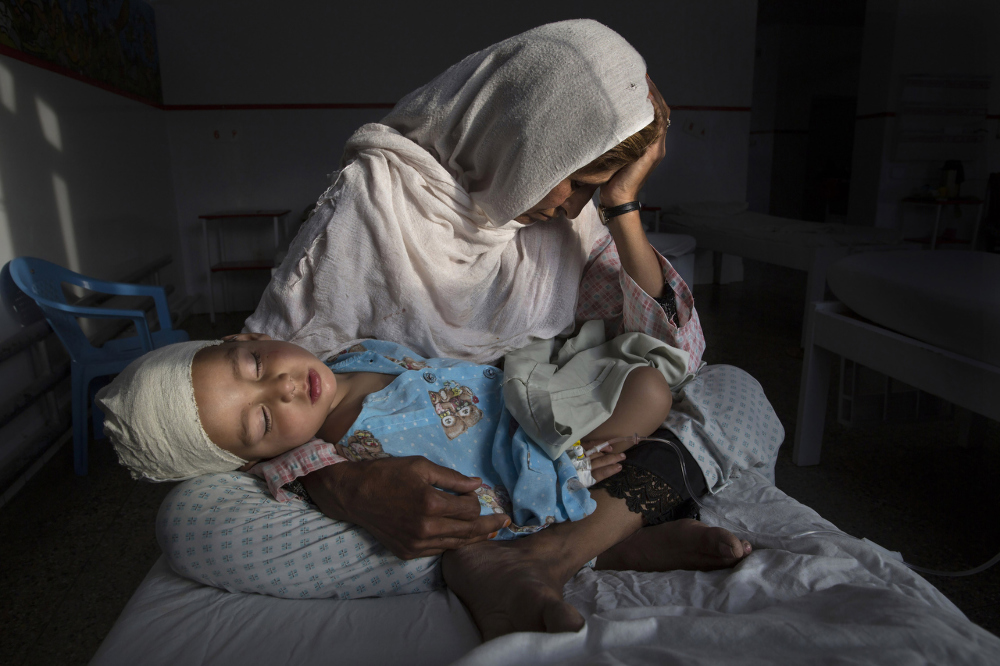 KABUL, AFGHANISTAN -MARCH 29, 2016: At the Emergency hospital Najiba holds her nephew Shabir, age 2, who was injured from a bomb blast which killed his sister in Kabul on March 29, 2016. Najiba had to stay with the child as their mother buried her daughter. Afghan civilians are at greater risk today than at any time since Taliban rule. According to the most recent UN statistics the civilian casualties had reached record high numbers, with 3,498 dead and 7,920 wounded. The upsurge in violence has had devastating consequences for civilians, with suicide bombings and targeted attacks by the Taliban and other insurgents causing 70 percent of all civilian casualties.