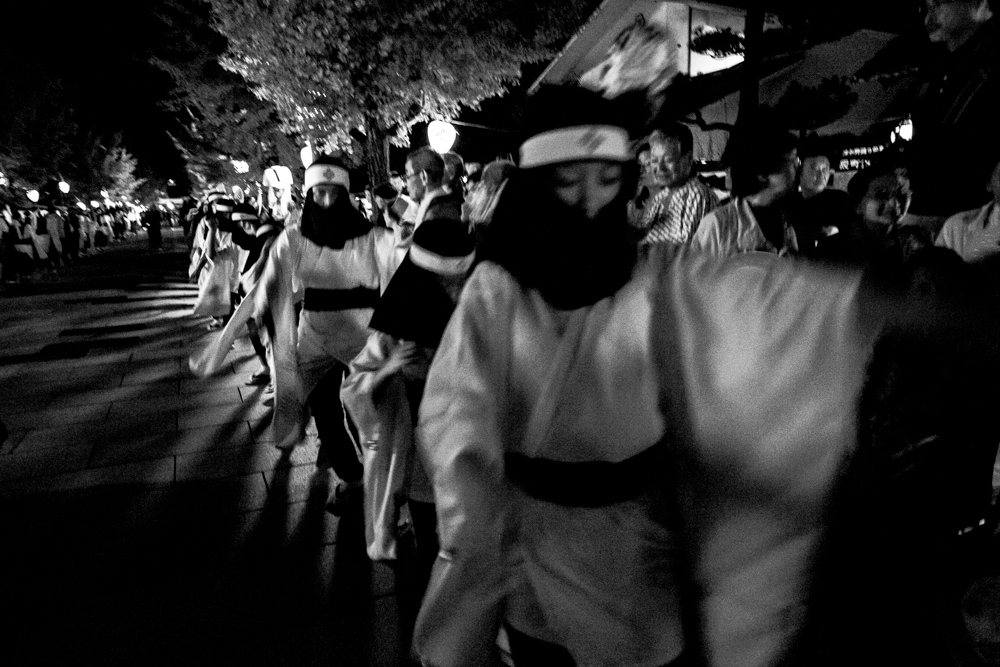 Tsuwano Odori is a particular kind of Buddhist dance that is a tradition of Tsuwano, Shimane Prefecture. Still retaining its old form from the Muromachi era, it has been designated as an intangible cultural property of the prefecture. Its most distinguishing features are the hoods, white clothing, and relaxed style of singing that cannot be found in the Bon dancing of other regions in Japan. 2017 also marked 400 years since the Kamei clan started its rule of Tsuwano Domain during the Edo period, which added an extra special liveliness to this year's Tsuwano Odori.