The Cattle Camps’ Ritual, The Suri Tribe Of Ethiopia 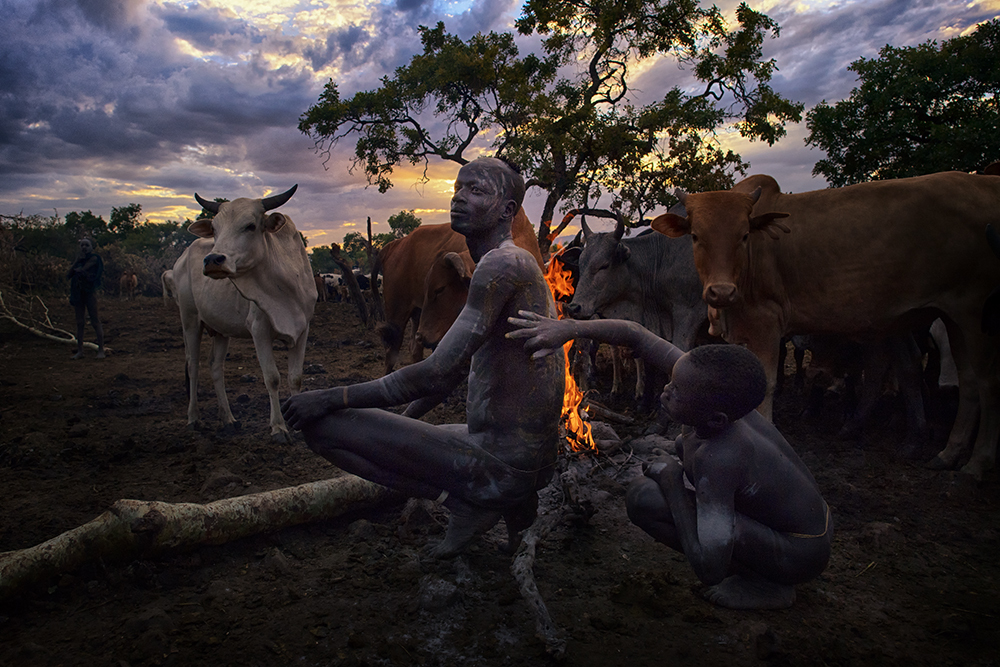 Cattle camp is part of the lifestyle of the Suri people, and it majority taking care by man. Therefore, the Suri boy start to learn pastoral farming skill since young. Suri don't really eat cattle, but milk is their main food source. Man normally don't wear anything in cattle camp. They cover their body by ash, soil, and even cattle dung before the sun raise. Fresh blood drinking is part of the Suri Culture. Suri woman sometimes do live at cattle campbut the environment hygienic problem always threaten breastfeeding kids. 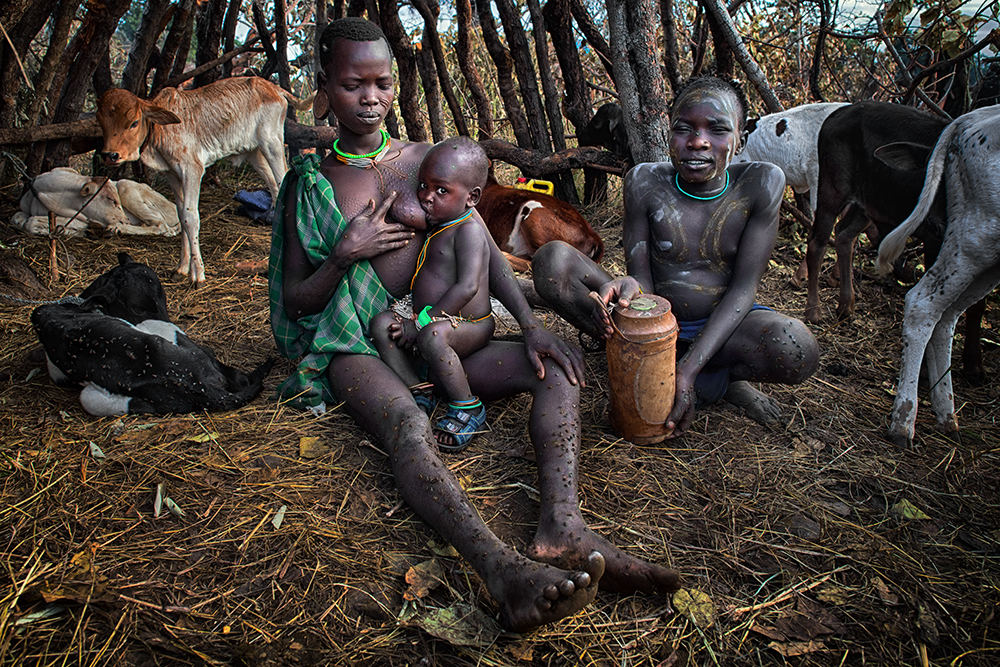 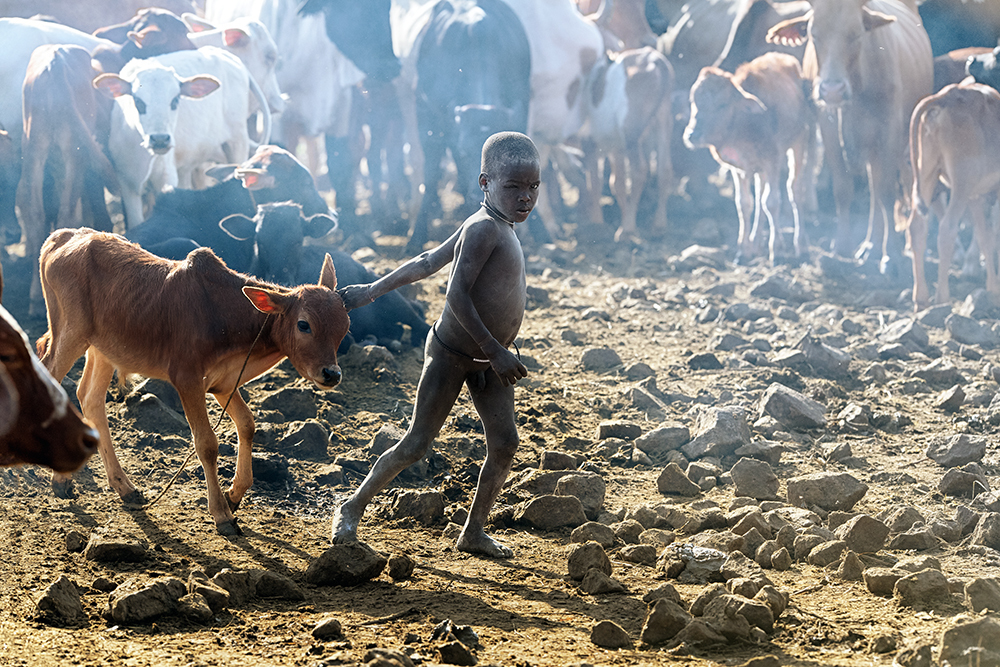 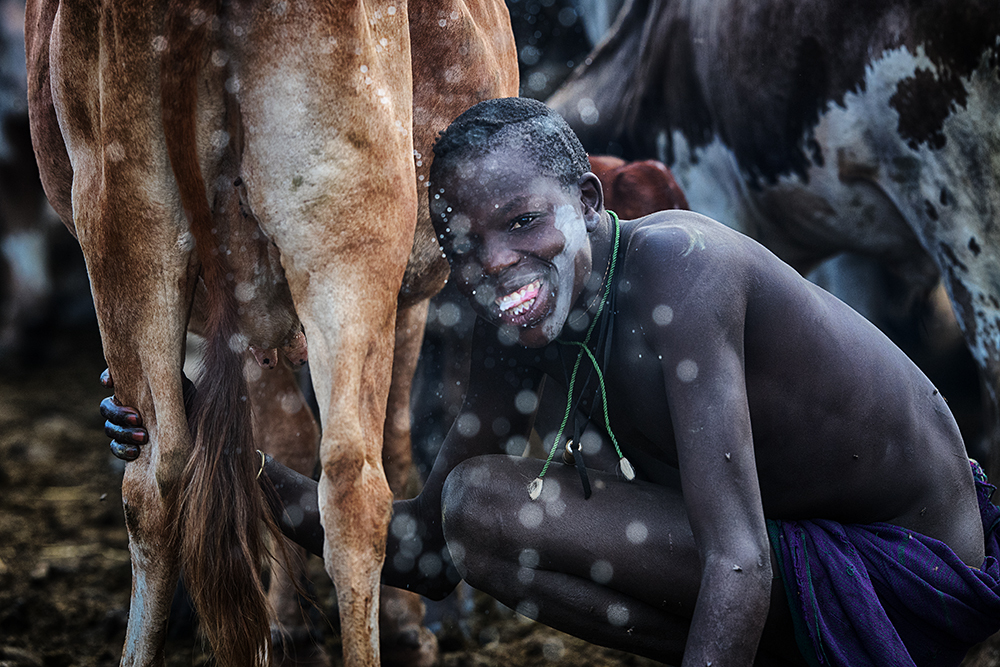 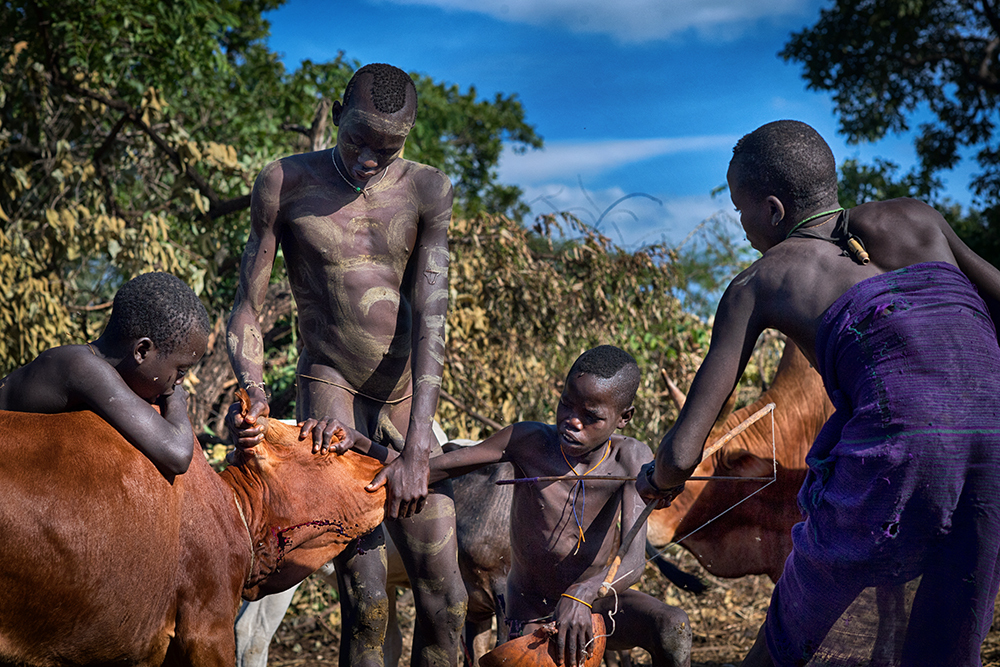 Cattle is the main treasure of Suri people. However, Suri People do not really eat cattle but they sacrificed for ceremonial reasons, for example funeral and marriage. Milk is the main food source of Suri people, but blood of cattle only can be consummed by Suri man. In every morning, the Suri men will drink milk directly from the cattle. Then, they will collect milk and deliver it to their village. The fresh blood drinking is of a part of Suri Culture, which is ritualistically followed. The selected cattle is detained in a separate corral. Several Suri men will hold the cattle, and a strip of cloth that will tie tightly round the neck is to stop the bleeding of the cattle. A strong Suri man shoots a small and sharp arrow to puncture the jugular vessel that located around the neck of a cattle. The fresh blood letting out quickly and forcefully into a receptacle such as a gourd or cup. The blood is immediately drank by Suri men. The wound of is superficial, where the cattle is unharmed. In present day, Suri men cover their bodies with a woollen blanket, which mainly green in colour, and they wear it over one shoulder. In cattle camp, Suri men generally do not wear any clothing. They normally will cover their naked clean-shaven bodies with ash. Sometimes, they often add striped marks by using soil and/or cattle dung on their bodies. The Suri men will help each other to paint their bodies before the sun raise. Suri men spend most of their time at cattle camps that located some distance from the village because the location of the camps moves frequently for grassland and water. The care of cattle is primarily the responsibility of men and young boys. Therefore, the little Suri boy learn the pastoral farming skill since young. Suri woman sometimes also live at cattle camps but the environment hygienic problem always threaten breastfeeding kids.