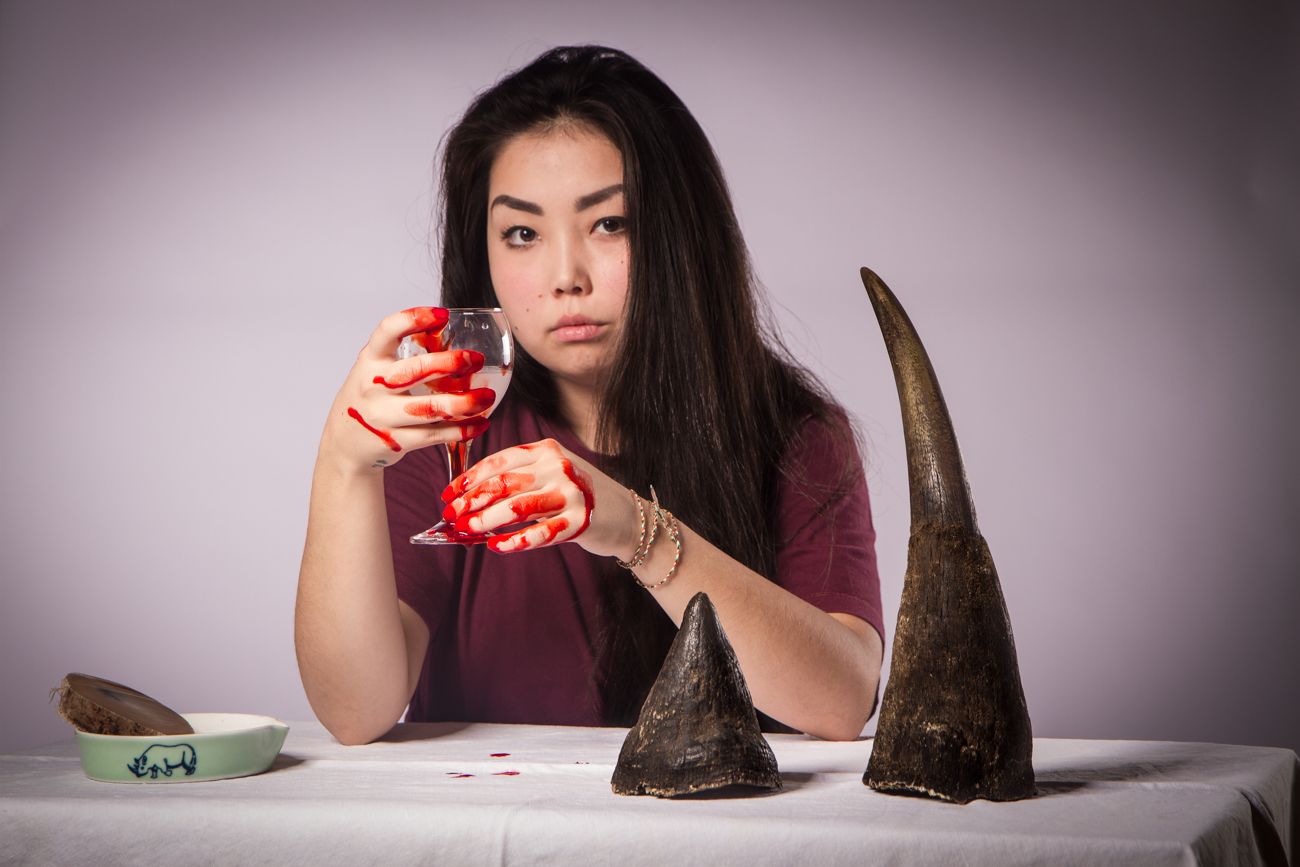 The photographs were created for the purpose of the just launched campaign titled Stolen Wildlife. It is the first complex awareness raising campaign focused on illegal trade in wild animals and their body parts in the Czech Republic and Europe. Aim of these photographs is to make people think about how our behaviour and choices influence what happens in the world and that each of us is responsible for how our planet will look like. 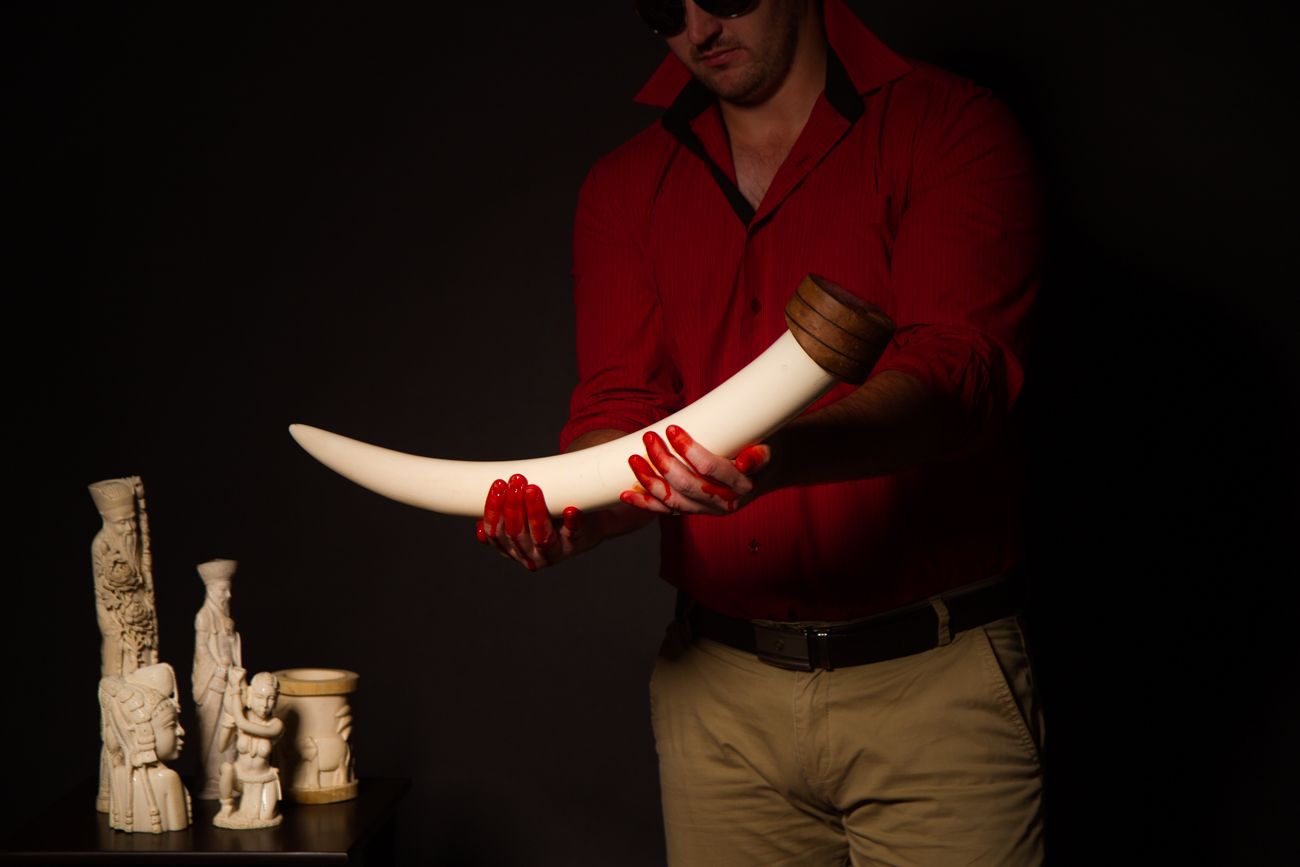 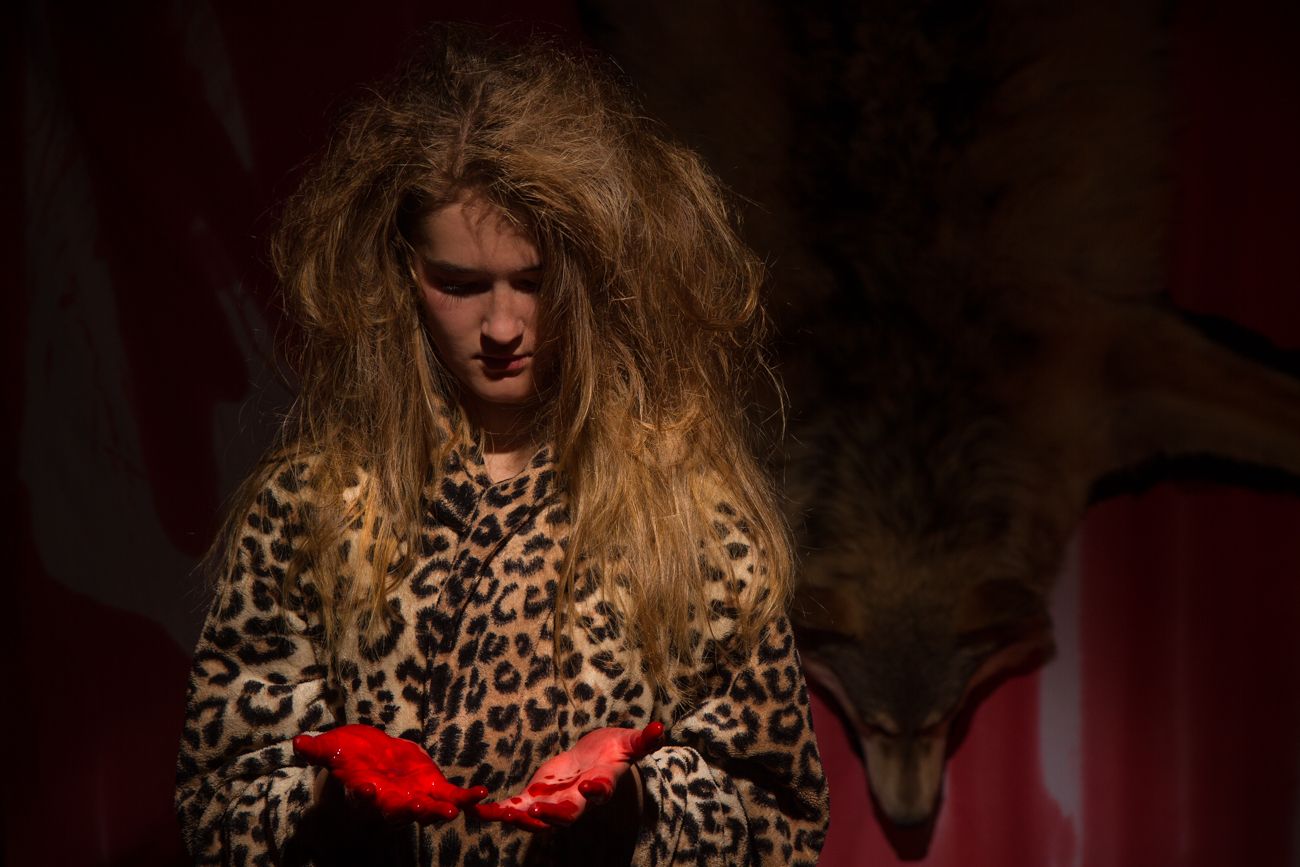 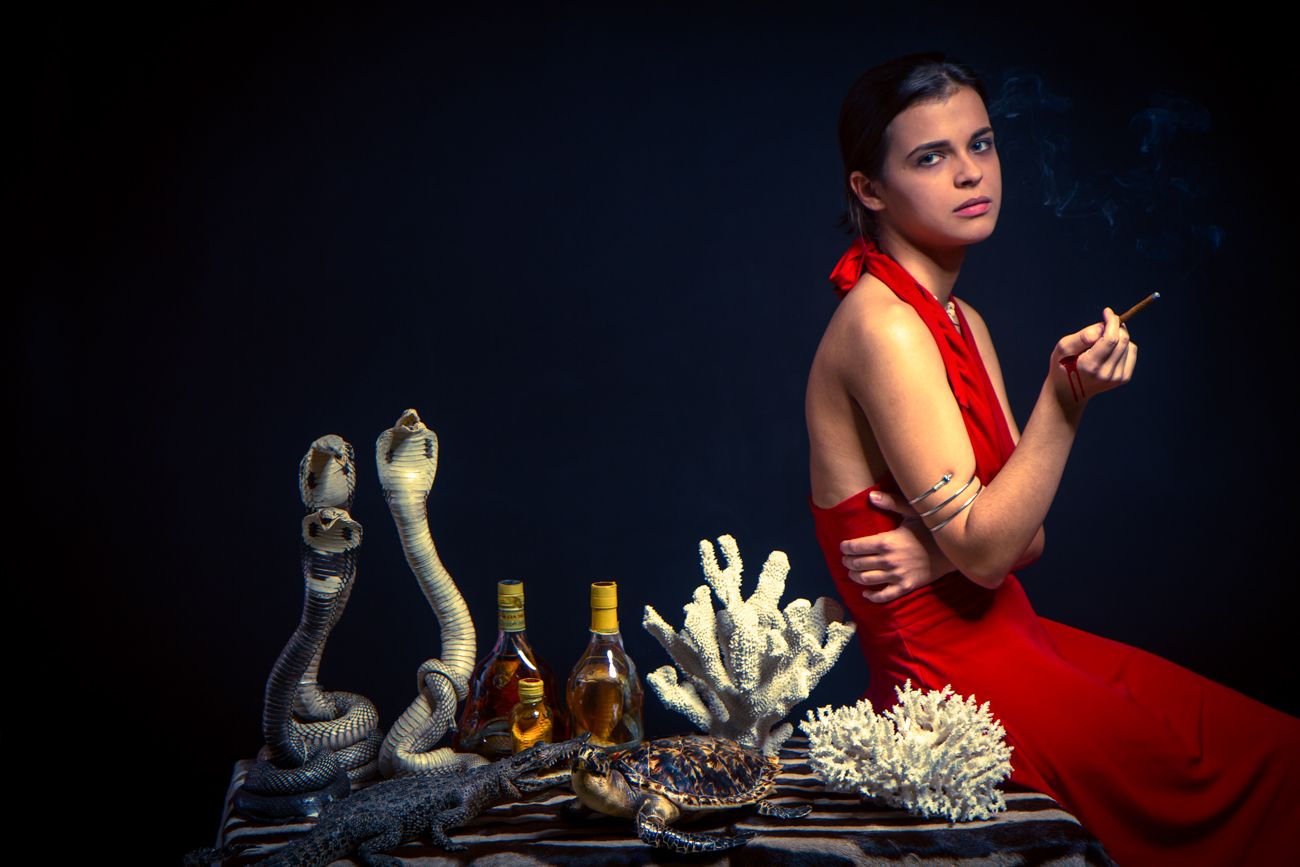 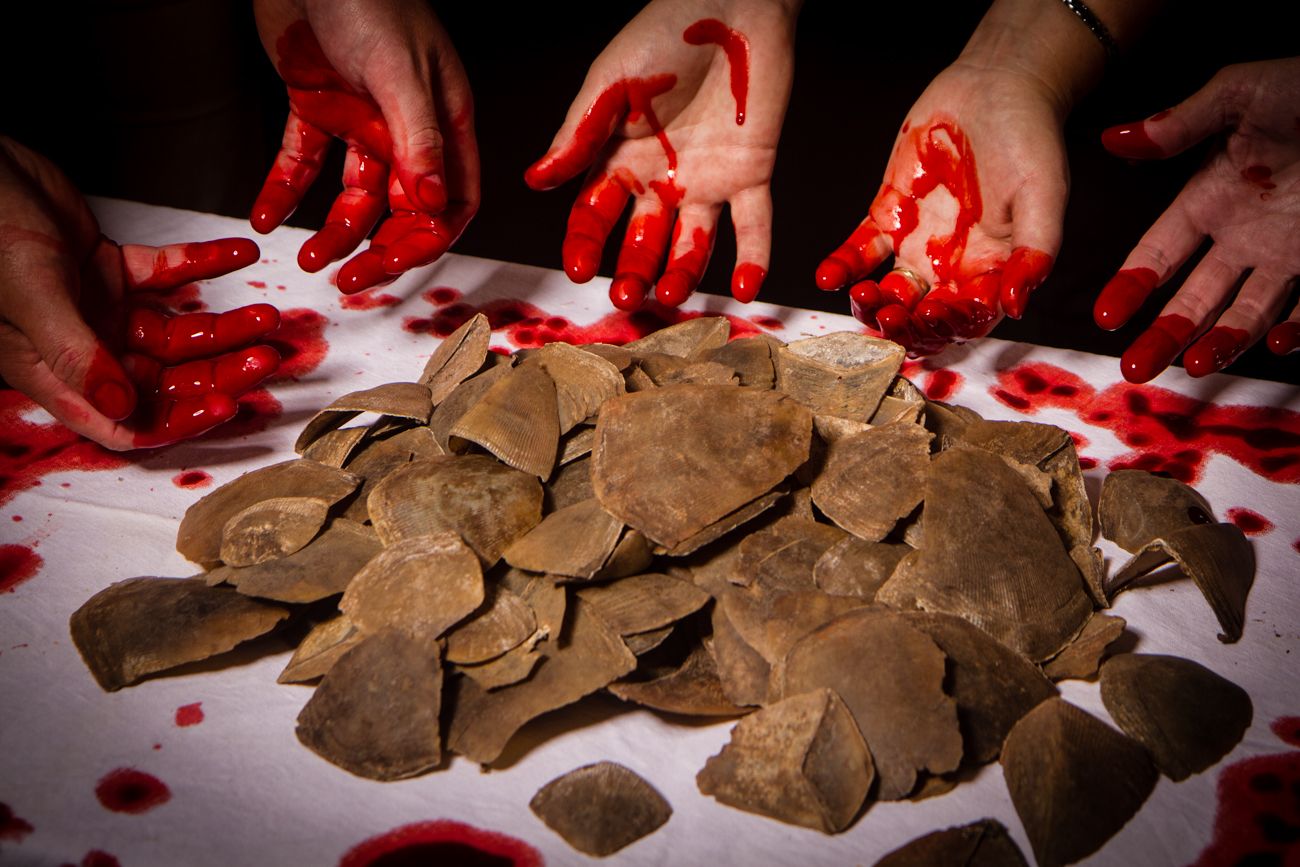 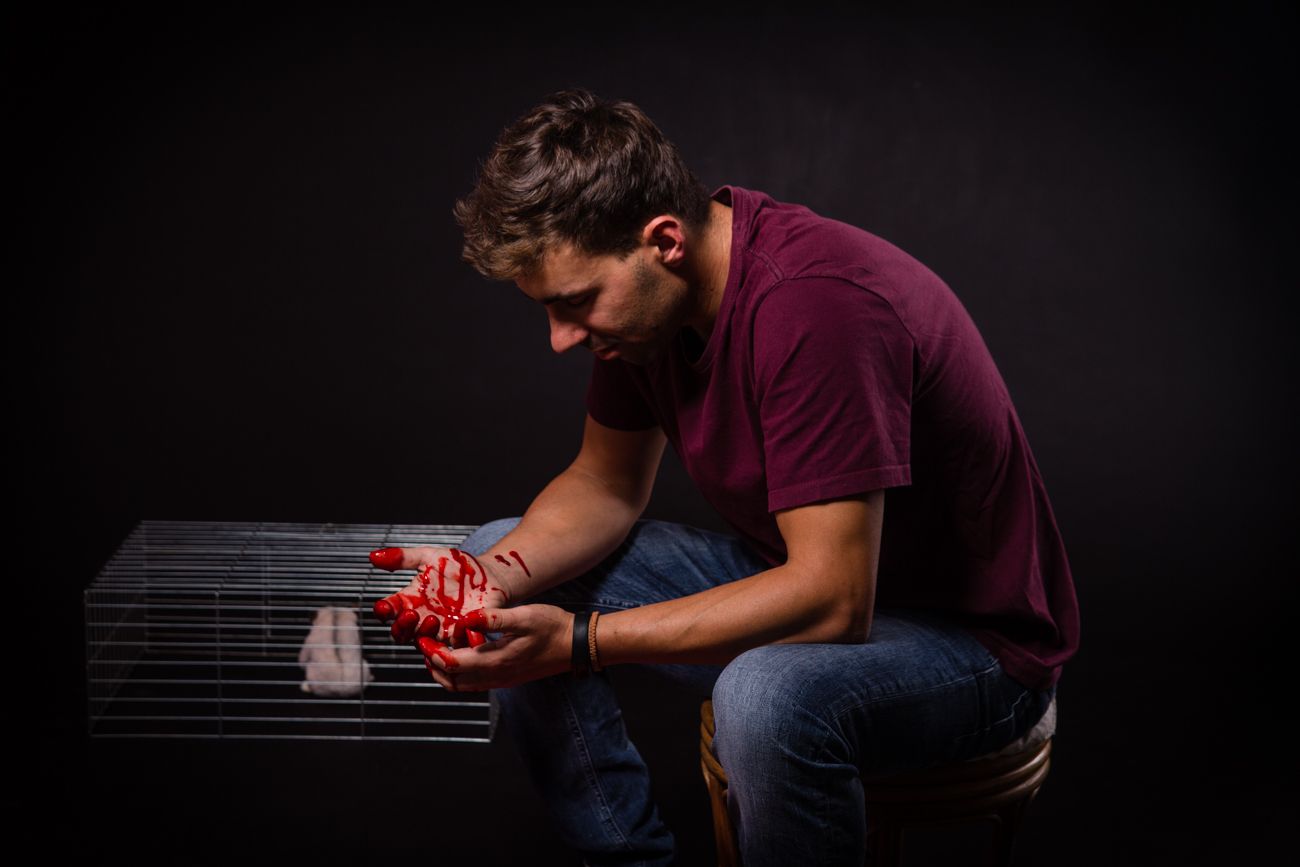 You buy?You have blood on your hands! Think twice! 10 million wild animals are killed every year for their furs. Over 1,000 rhinos are killed every year in Africa due to the belief in the healing power of their horn. 100 elephants are killed every day for ivory. Whole populations of animals are slaughtered for souvenirs. More than 100,000 pangolins are killed every year for meat and traditional medicine. 1 million animals are stolen from the wild every year for the pet trade and animal keeping. Illegal trade in animals, their body parts, and products from them is, after trafficking in drugs, weapons and people, the most lucrative illegal trade in the world. It takes place at different levels - from individual tourist buing exotic souvenirs on travels to global gangs. This is story about animals, this is story about our planet, this is about our decisions. Each of us is responsible for how our planet will look like. The demand always creates the offer and demand for wild animals or their body parts has brought many animal species to the brink of extinction. Interesting is that all the specimens or parts of animals on the photographs, such as ivory, rhino horns, furs of big cats, pangolin scales etc., have been seized by control authorities in the Czech Republic. This highlights the fact that illegal wildlife trade is not a problem of just Asian or African countries, but that it is an issue of countries around the world. I have stood face to face to the reality of illegal wildlife trade which is why I decided to address this issue. In the series of these photographs, in a controversial or even shocking way through images of hands covered in blood, I was trying to make people think and inform them about the extent of the issue regarding illegal trade in animals and their body parts. My goal is to use my photographs to inform, educate and make people think.