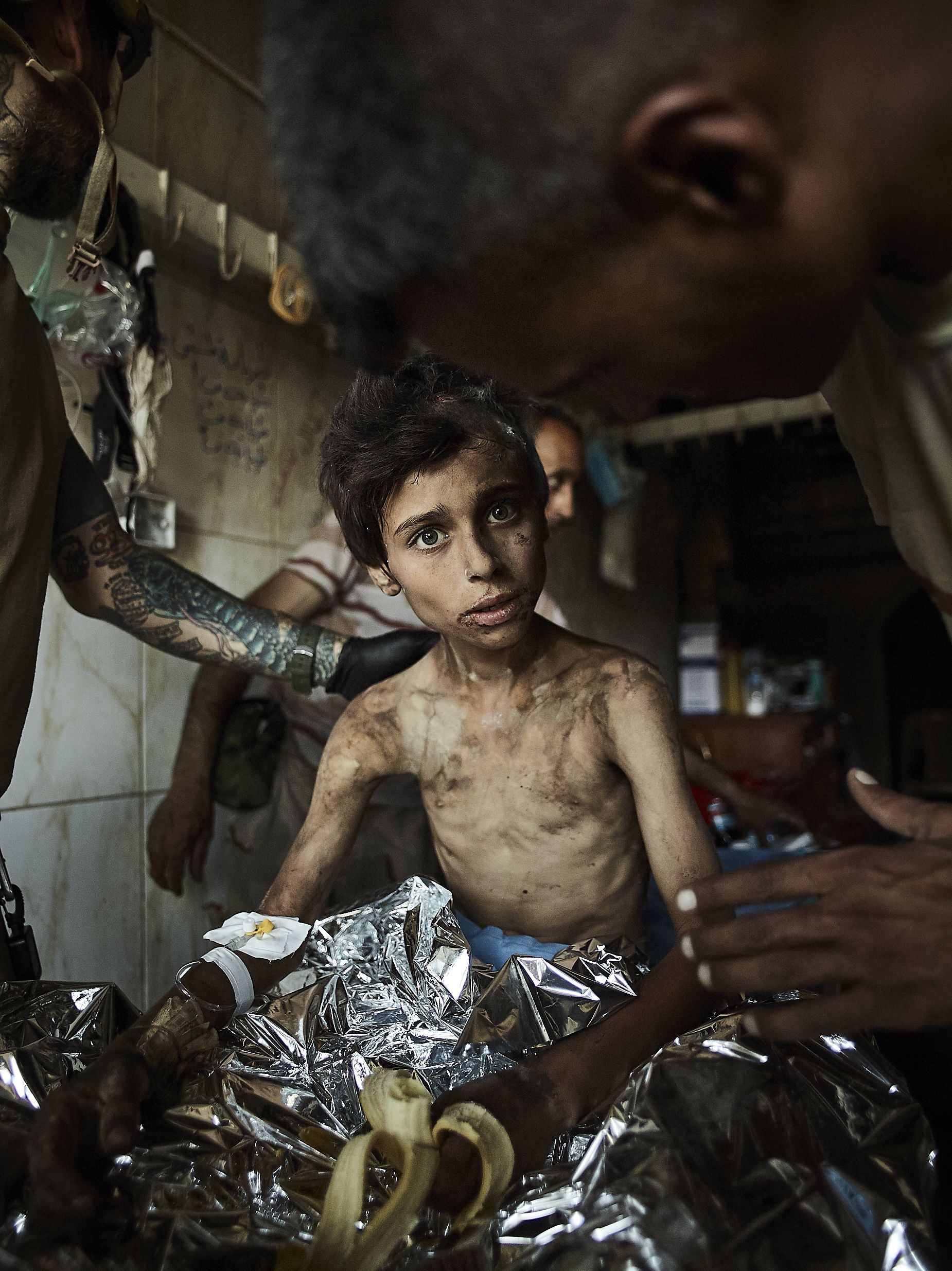 Tomas, a young yazidi boy, receives treatment from Iraqi and volunteer medics after being rescued from Islamic State captors on July 18th, 2017. He had been held underground without food or water for two weeks with other children in a tunnel beneath Mosul's Old City. He was kidnapped during the Yazidi genocide in 2014 and had been in Mosul for three years under Islamic State.