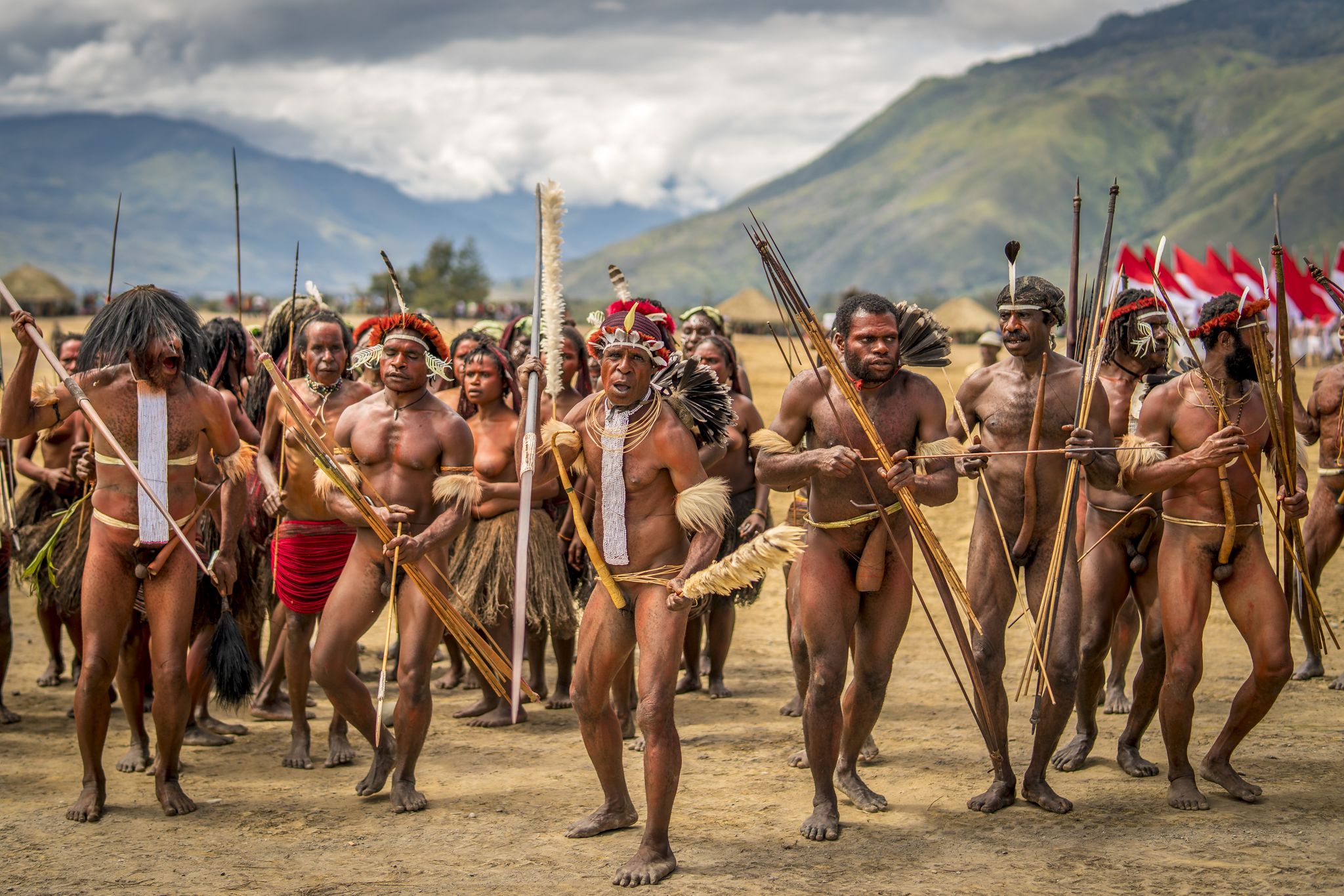 There are three mains tribes inhabiting the Baliem Valley. The Dani in the main valley, the Lani to the west and the Yali in the South-East. Each tribe has a distinct culture. One interesting way to distinguish between the tribes is from the Koteka.The Dani use a long, thin Koteka, the Lani sport a medium sized, wide cannon-like gourd, and the Yali wear the longest of all. People of Baliem Valley were discovered accidentally, by American zoologist and philanthropist Richard Archbold, while on a zoological expedition to New Guinea in 1938.