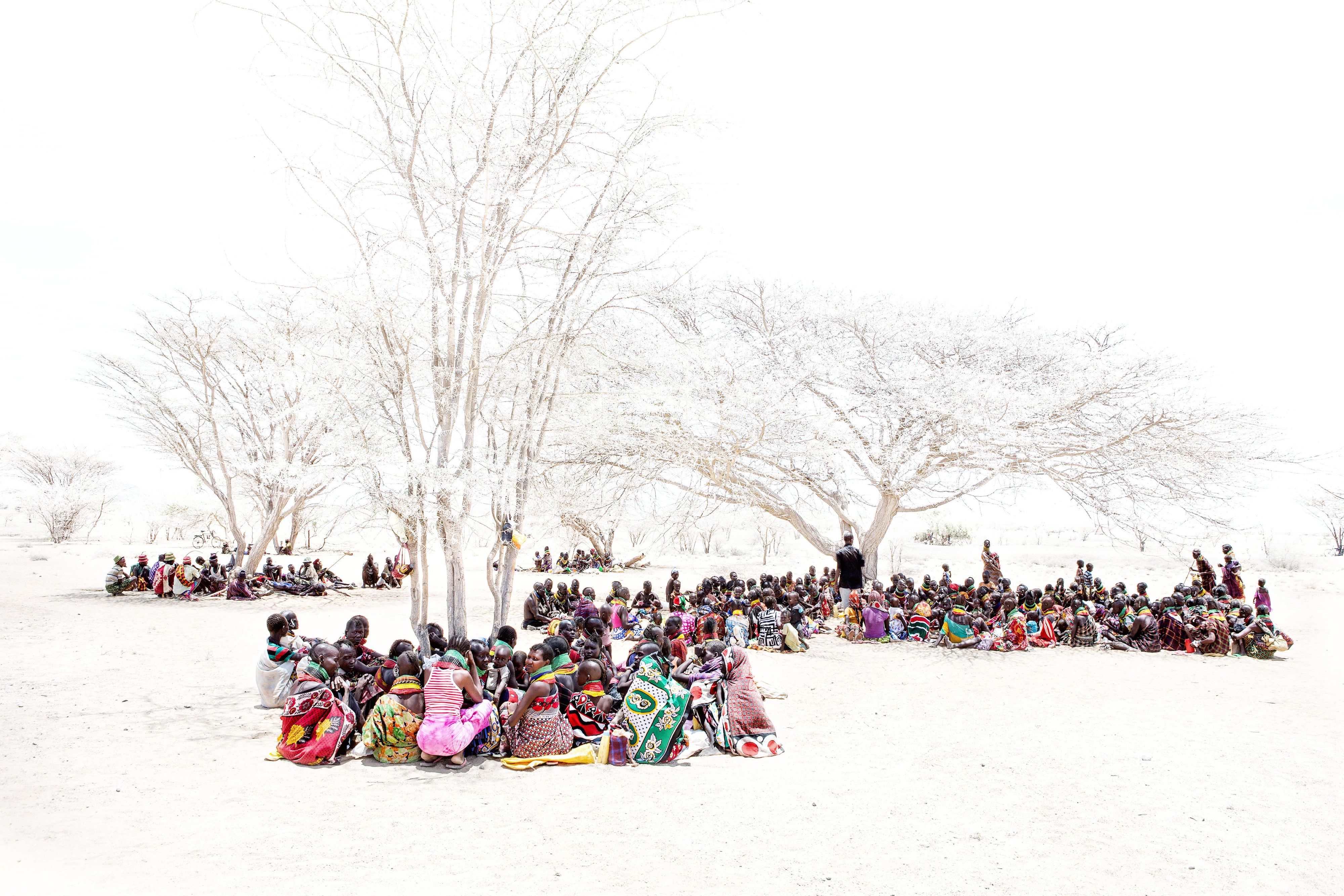 The otherworldly series, Sunscapes, literally pictures a vanishing culture. Since 2010, I have traveled to Turkana and watched as one of the oldest tribes struggle to survive while preserving their customs and traditions as they face new political and economic interests. My photographs are not limited to the realistic depiction of a tough reality, but they highlight a feeling that spreads subcutaneously. With the sun as an ally and catalyst, “burns” all that composes the desert landscape, focusing on the vibrant figures that preserve a whole civilisation. 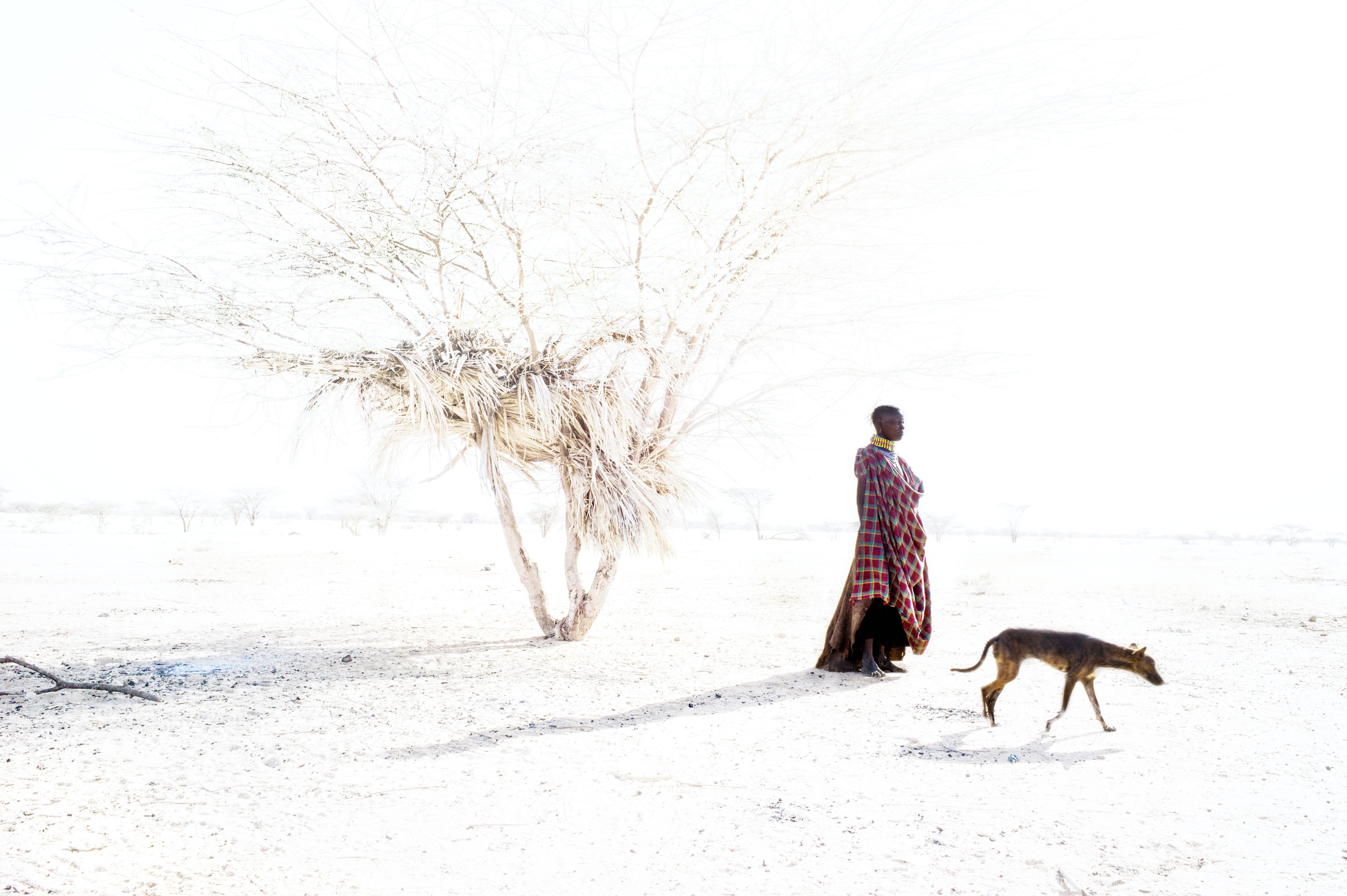 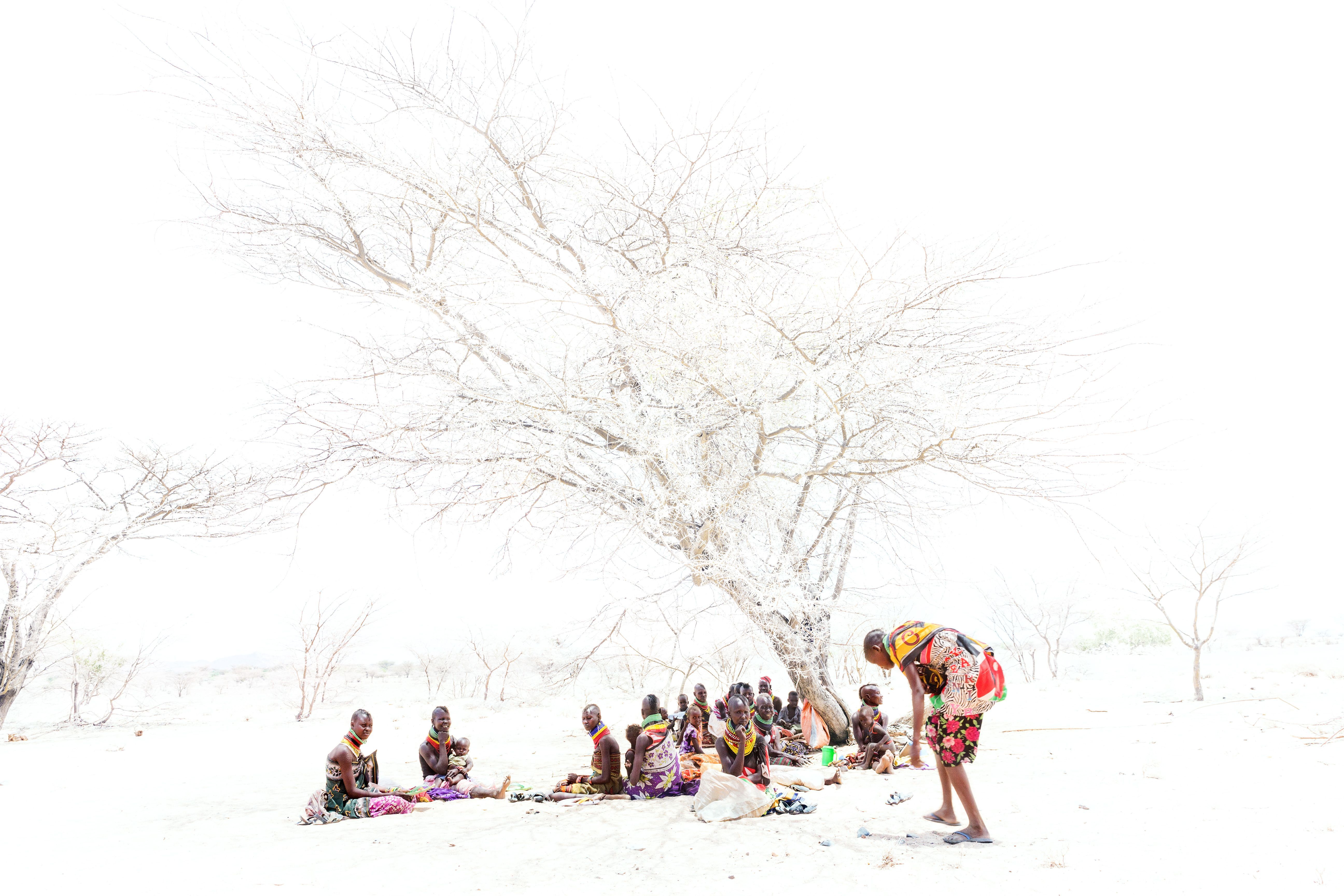 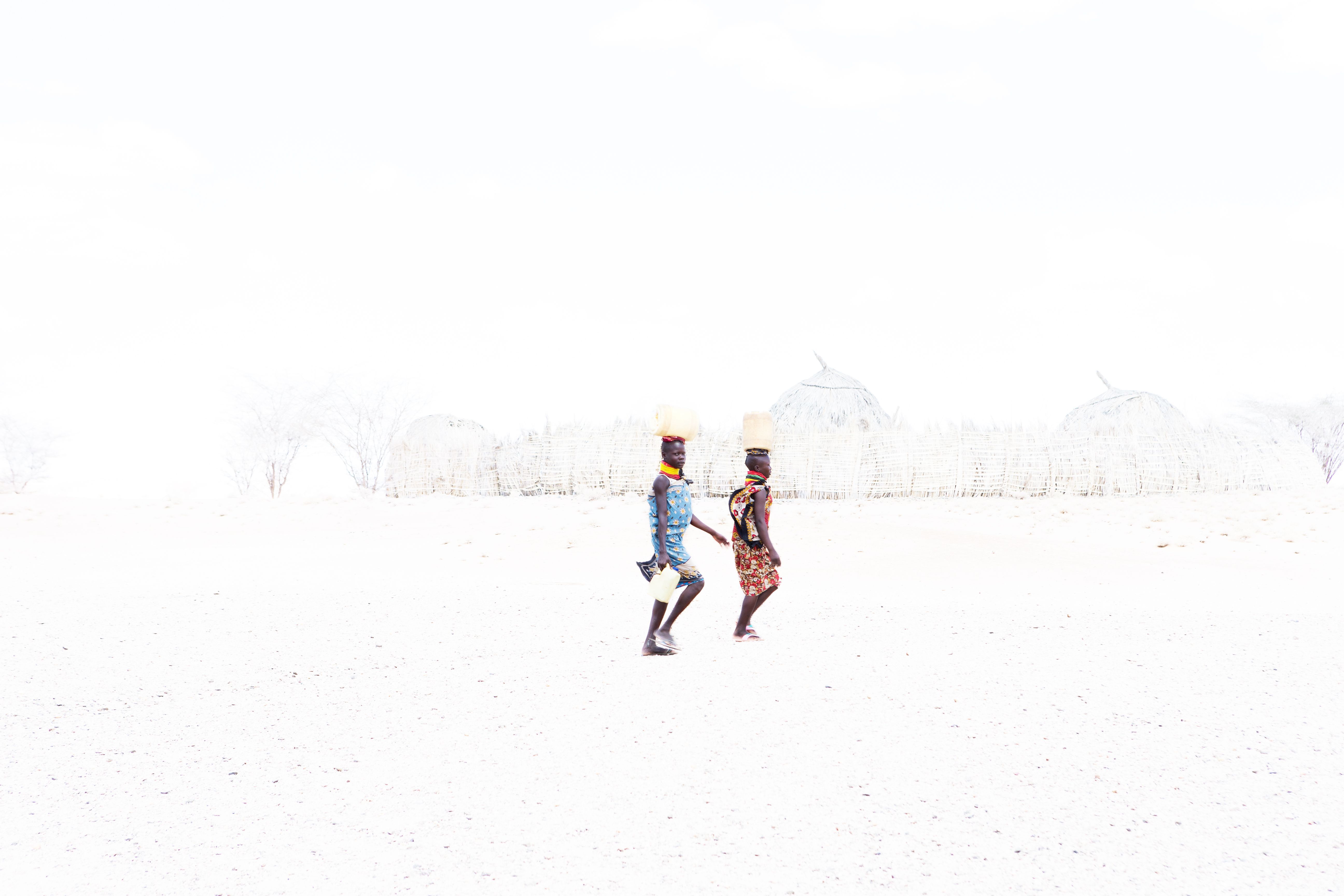 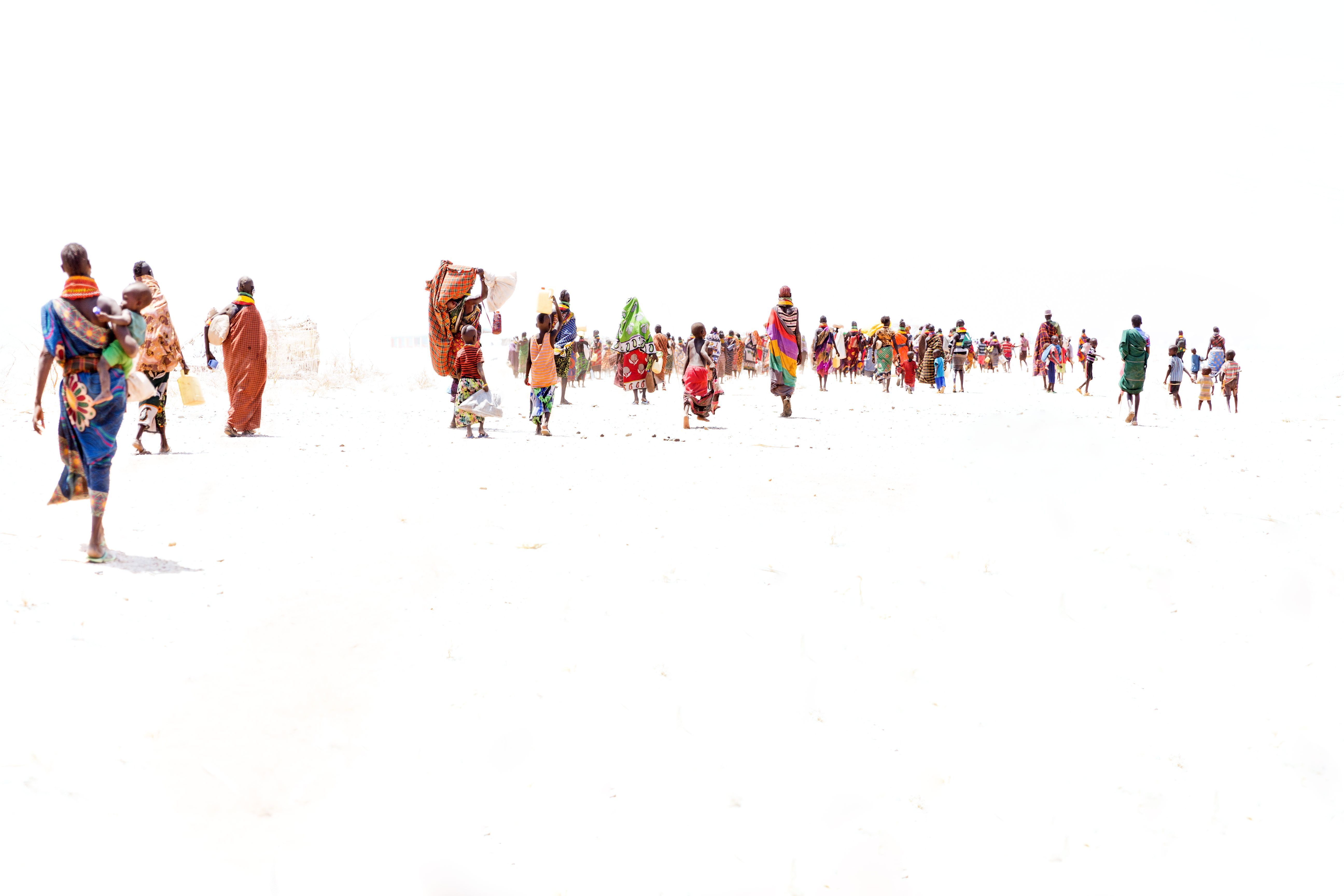 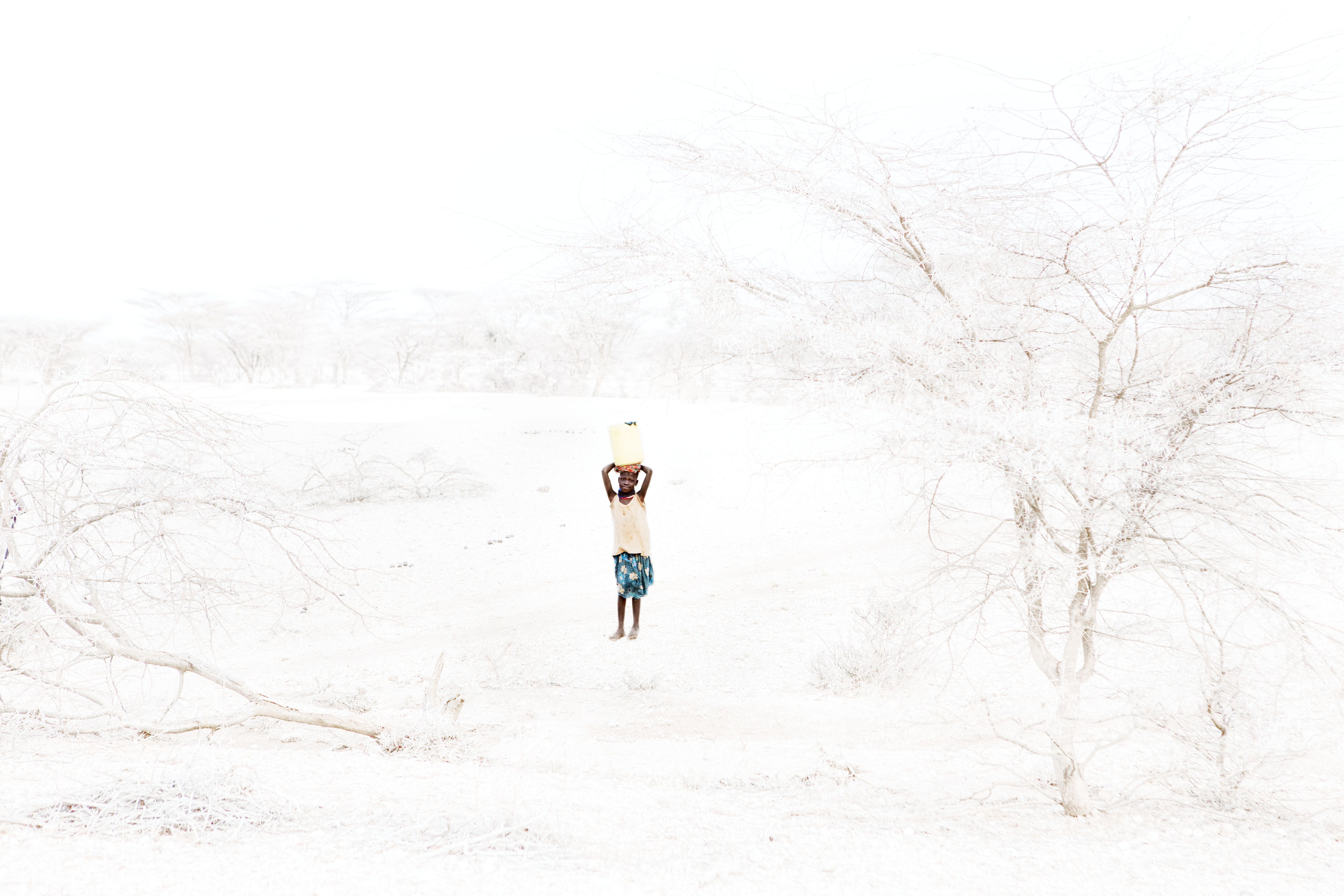 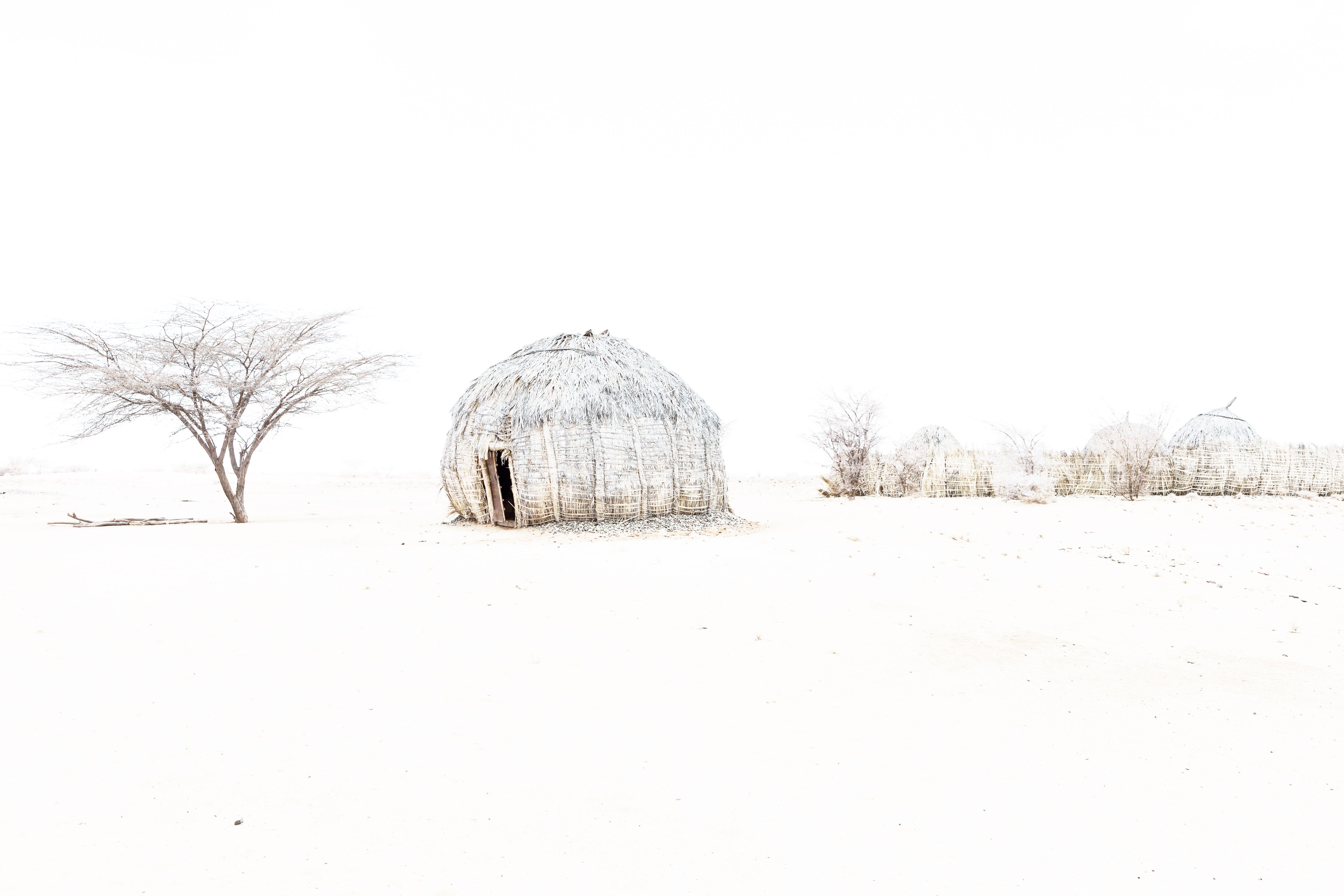 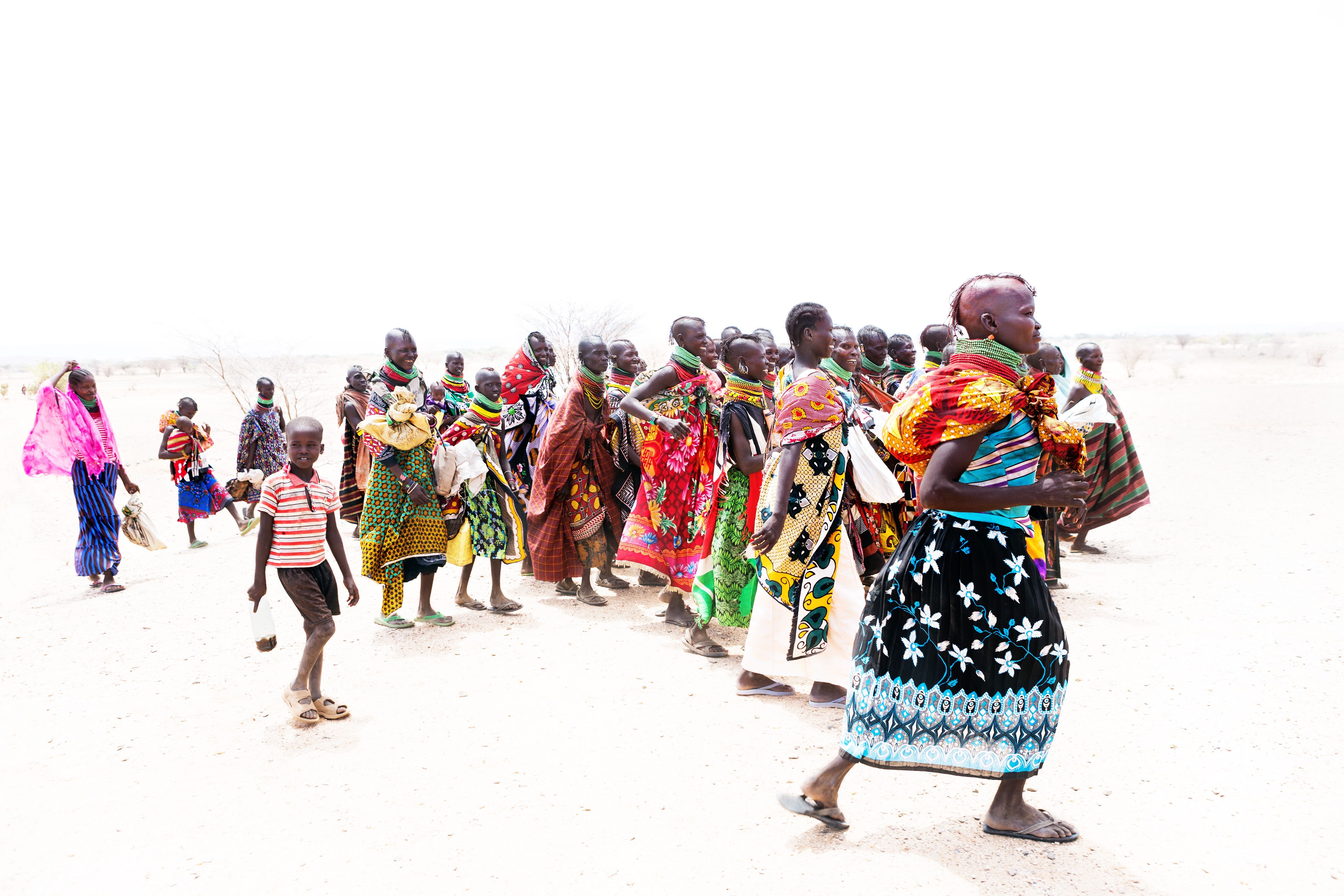 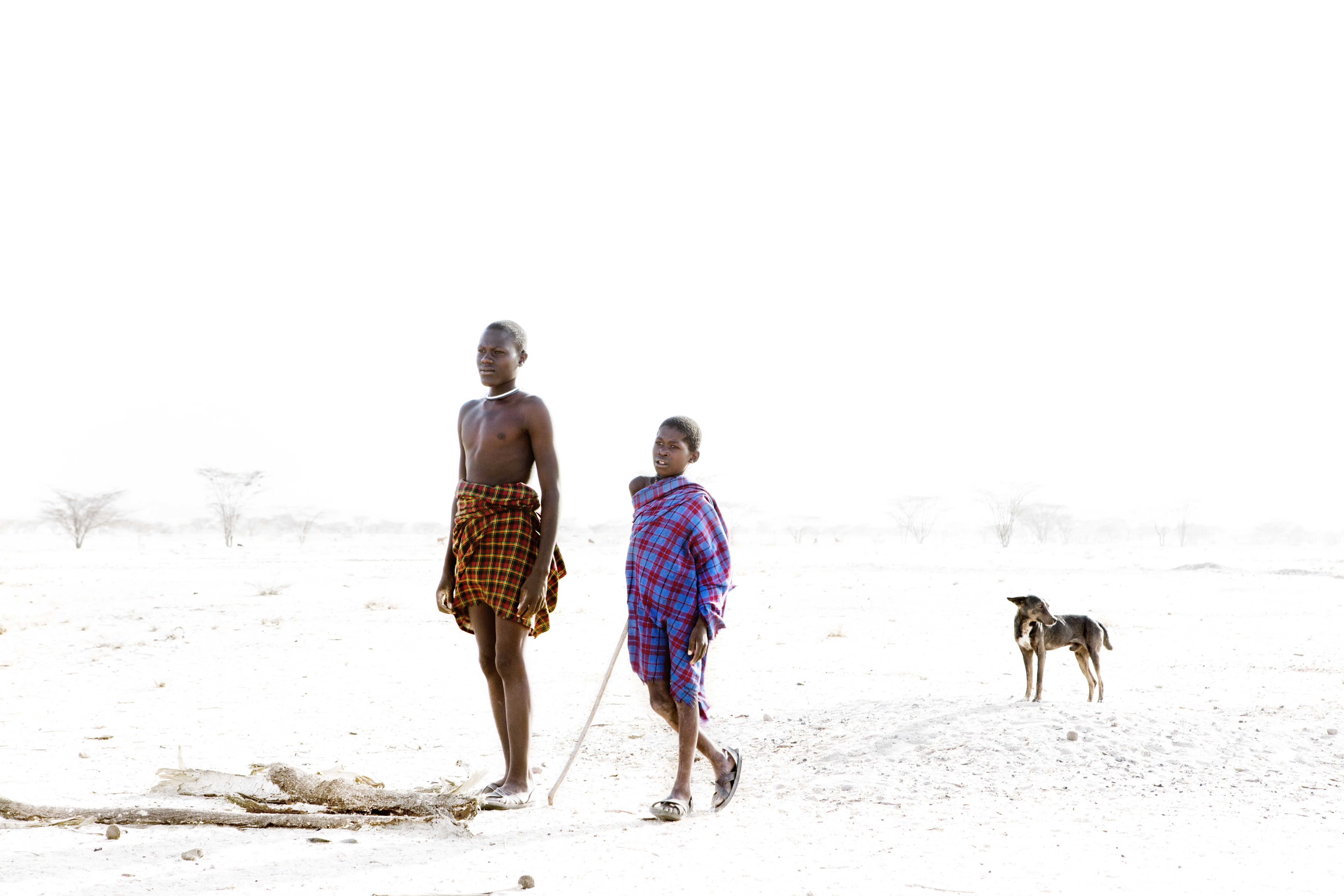 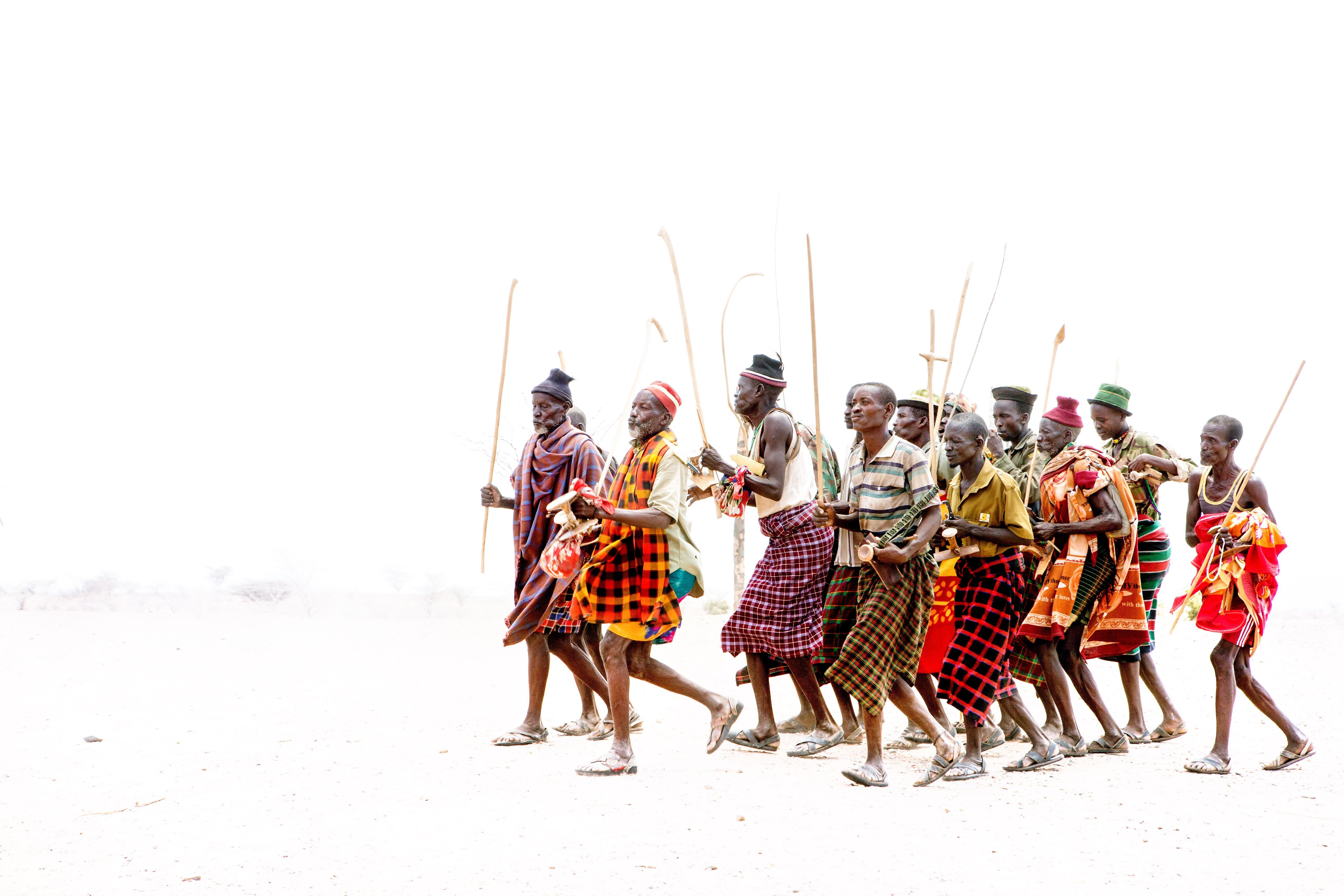 Since 2010, I have travelled to the vast Turkana desert in Kenya, where one of the most beautiful and oldest tribes lives. Over the years, I have seen this amazing tribe struggle to survive while preserving their customs and traditions as they are faced with severe climate conditions as well as new political and economic development challenges. Climate change in recent years has a huge impact on the people’s ability to access food, health and security. Animals die and people starve. Since the discovery of oil in the Turkana desert 7 years ago, foreigners storm the desert to take advantage of the new priceless commodity and with them the culture and identity of the tribe are threatened. ­ With this series, Sunscapes, I literally try to picture a vanishing culture. The images are not intended only to give a realistic depiction of a tough reality, but to also highlight the feeling that spreads subcutaneously. The catalyst sun "burns" all that compose the harsh desert landscape, focusing on vibrant figures that preserve a whole civilization. The work is about opposition, and how a people can thrive against all odds. For thousands of years the Turkana people survived in the arid desert land persevering with respect through unimaginable conditions. This series reflects on the relationship between these people and their environment, which defines them and gives them their unique identity. They are the Turkana. The question is whether they will be able to survive for much longer.  I want to raise awareness about this tension but also document and bring to light a way of life that might soon be lost forever.