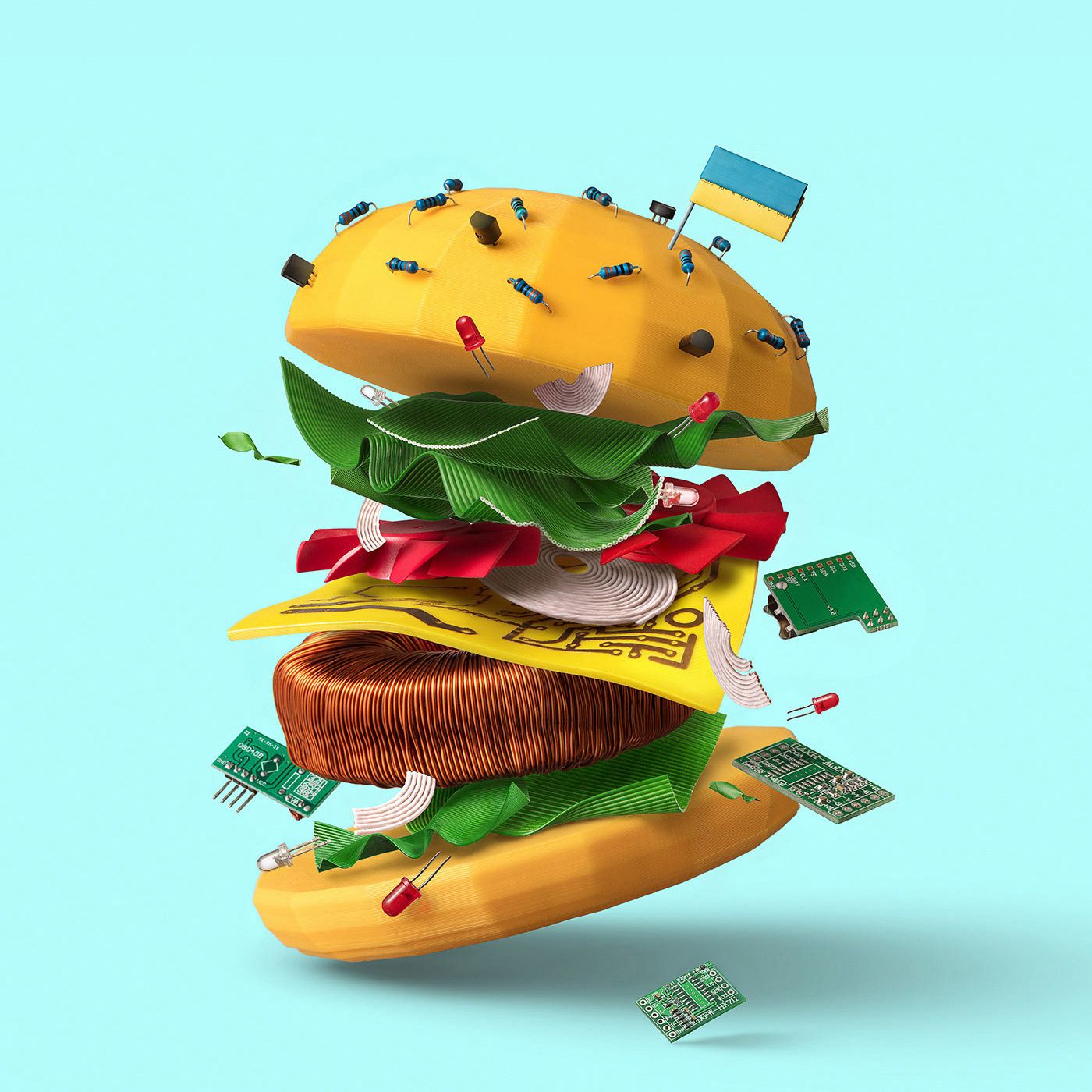 IT company has contacted us with key visual idea development of a documentary film about Ukrainian technology start-ups, which became successful in the USA. The main task of this project was to show burger as a symbol of classic American culture, gathered from technological elements with a laconic accent, the icing on the cake, — Ukrainian flag on the top. You see here buns, printed on 3D printer, cutlet — in the form of the induction coil, cucumbers — in the form of a board of microcontroller, tomatoes — fans of video cards, salad — wired trains, and sesame was replaced transistors.