Fire in the rain 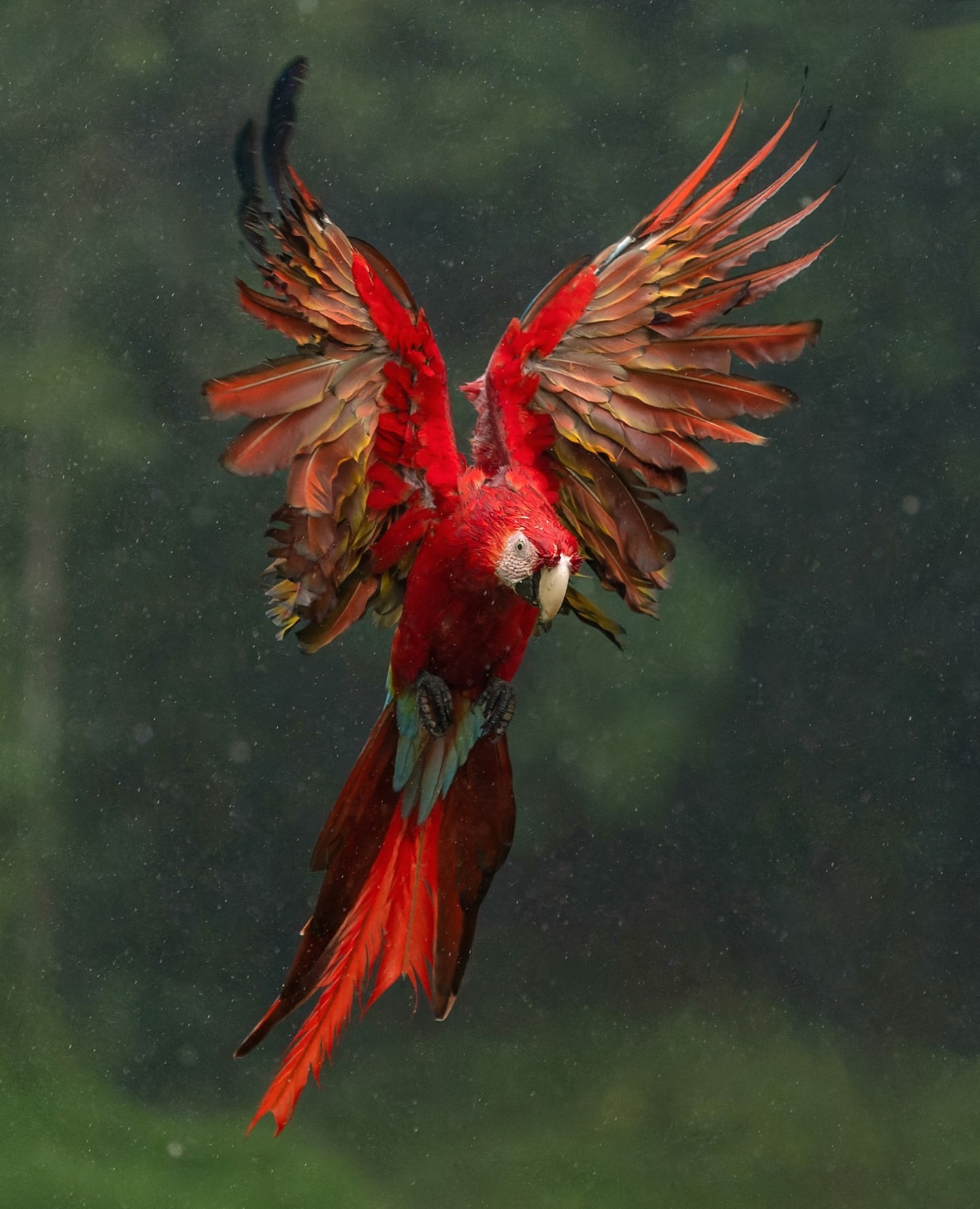 This image was shot in Costa Rica and by the time I reached the location to shoot some scarlet macaws, there was heavy rains. Was left with no choice but to attempt some shots in the rain although these birds do not prefer to be that active in the rain. The rain especially makes flight tough and their first instinct is to settle down under some branches or the ground. This is one of the lucky shots captured on the day. The macaw was coming in for a landing when this image was captured. Against the dark and moody backdrop and environment, the splash of color was an incredible sight