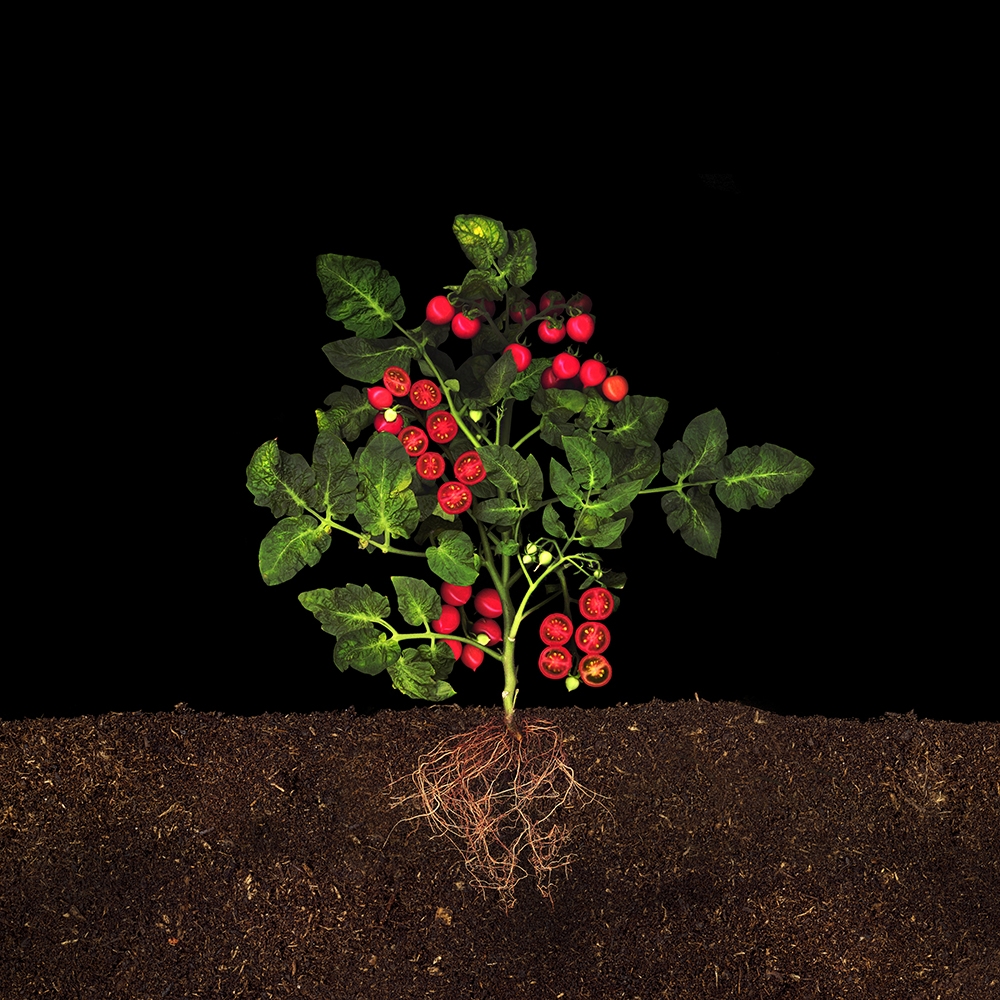 The main “actors” of the shots (photos) made by Mr C. Dell’Osa are some of the most recurrent foods in the mediterranean diet: they are humble, common and, at the same time, basic products of our cuisine. His photo cross section shows a series of sections describing the whole plant, from its vegetable and leaves to its roots, soil included. It also reveals the photographer’s attempt to get the observer to recall an archaic millennial world ruled by Mother Earth. It is a trip that clashes with the modern man’s reality and its daily eating rhythms controlled by “a distorted perception of foods”