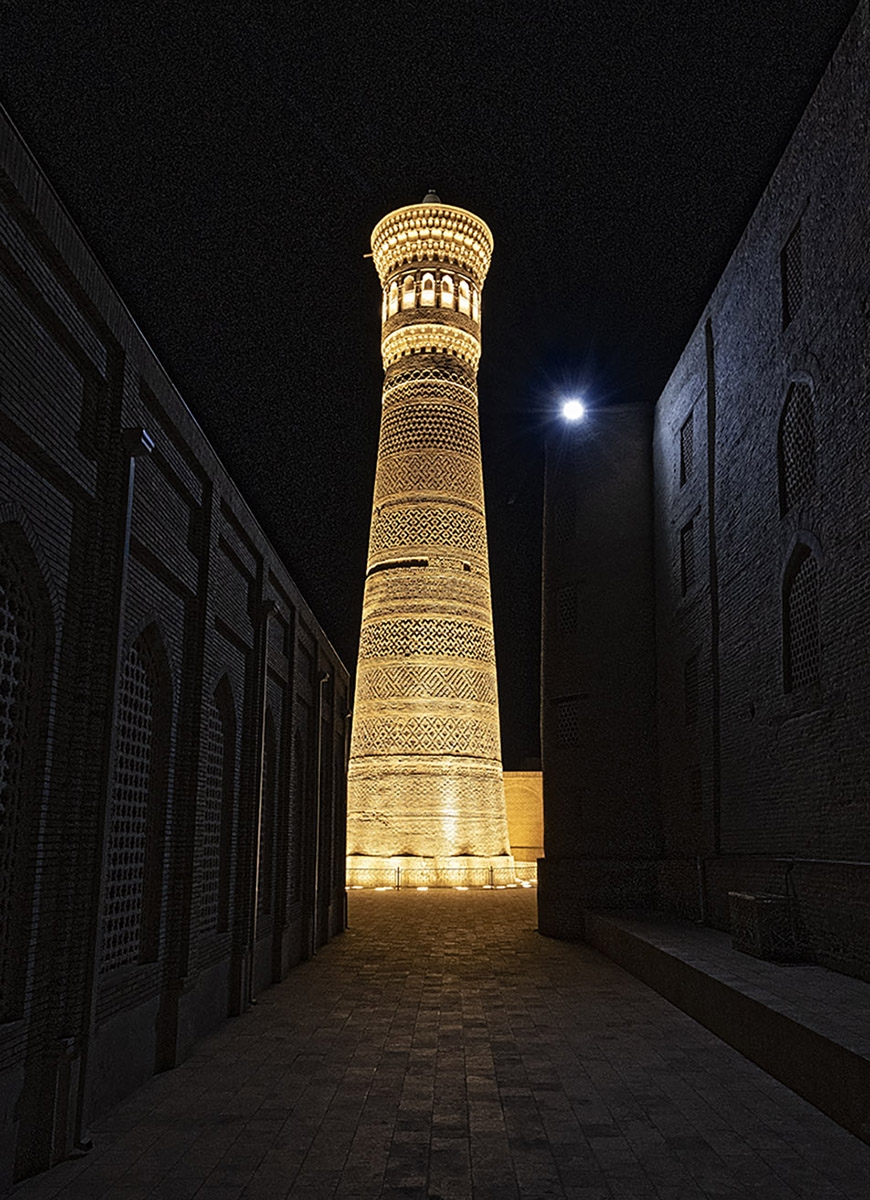 Kalyan Minaret or Great Minaret of Bukhara, Uzbekistan, was the tallest building in Central Asia when it was built in 1127. Its 13-meter deep foundations were made with a mix of bulls' blood, camel milk, and eggs and took 2 years to set. This impressive minaret, decorated with 14 different ornamental bands, was the only monument spared from destruction when Genghis Khan arrived in Bukhara. According to legend, Kaylan Minaret is also known as the Tower of Death where criminals sentenced to death were thrown off the top.