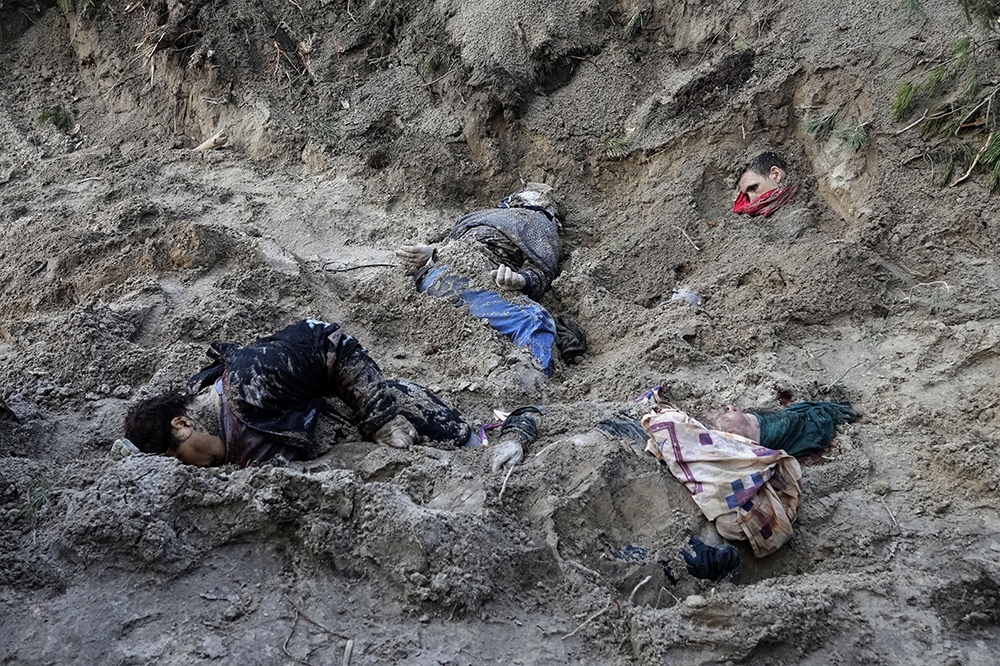 Four bodies lie in a mass grave, including the village mayor and her family, in Motyzhyn close to Kyiv, Ukraine, Monday, April 4, 2022, after Russian army were pushed out from the area by Ukrainian forces. The bodies appeared to have been shot at close range, with the mayor's husband with hands behind his back, with a piece of rope nearby, and a piece of plastic wrapped around his eyes like a blindfold.