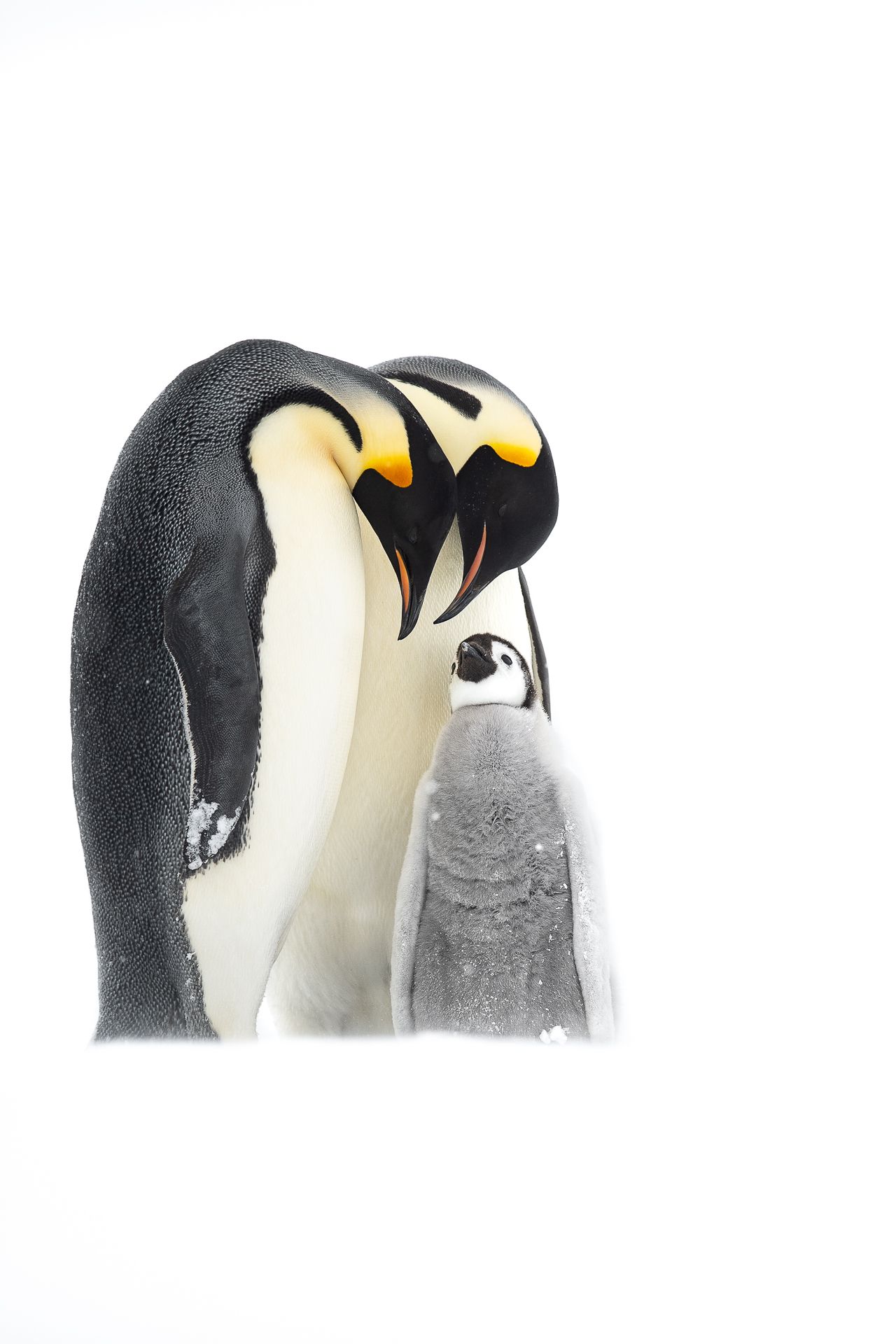 The emperor penguin is the tallest and heaviest of all living penguin species and is endemic to Antarctica. The male and female are similar in plumage and size. They spend their entire lives on Antarctic ice and in its waters. These flightless birds breed in the winter.As the young penguins grow, adults leave them in groups of chicks called crèches while they leave to fish. There is a reason for the timing of emperor penguins' hatching. By December, when the Antarctic weather has warmed somewhat, the ice the penguins occupy begins to break up, bringing open waters closer to the nesting sites.