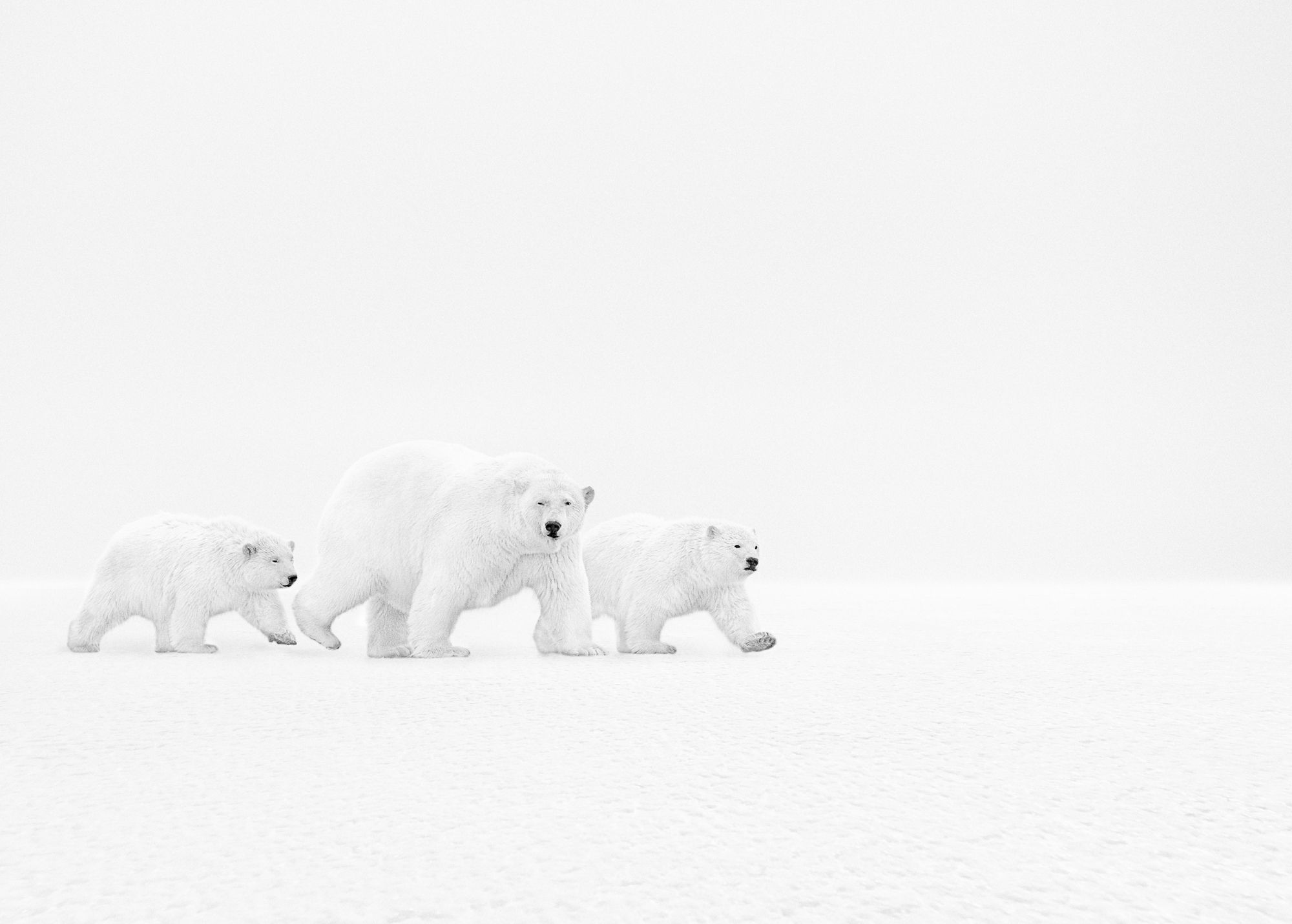 The polar bear is a carnivorous bear whose native range lies largely within the Arctic Circle. Although it is the sister species of the brown bear, it has evolved to occupy a narrower ecological niche, with many body characteristics adapted for cold temperatures, for moving across snow, ice and open water, and for hunting seals, which make up most of its diet. Although most polar bears are born on land, they spend most of their time on the sea ice. Because of expected habitat loss caused by climate change, the polar bear is classified as a vulnerable species.