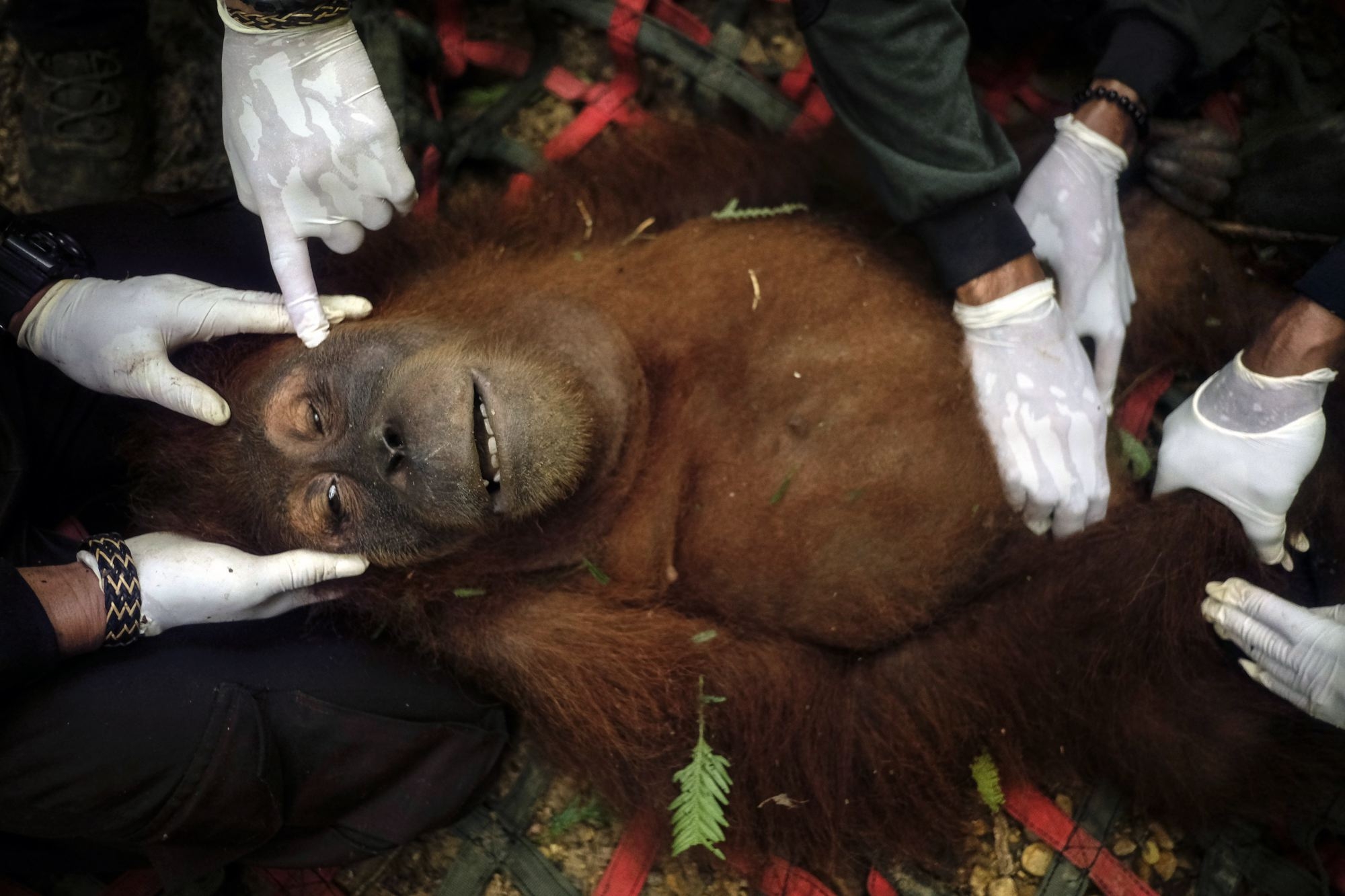 Indonesia’s Sumatran orangutan is under severe threat from the incessant and ongoing depletion and fragmentation of the rainforest. As palm oil and rubber plantations, logging, road construction, mining, hunting continue to proliferate, orangutans are being forced out of their natural habitat.  Organizations rescue orangutans in difficulty (lost, injured, captive...) with the final goal to reintroduce them into the wild and to create genetically viable populations in protected forests. Today, with 14,000 specimens left, the Sumatran orangutan is listed as critically endangered. 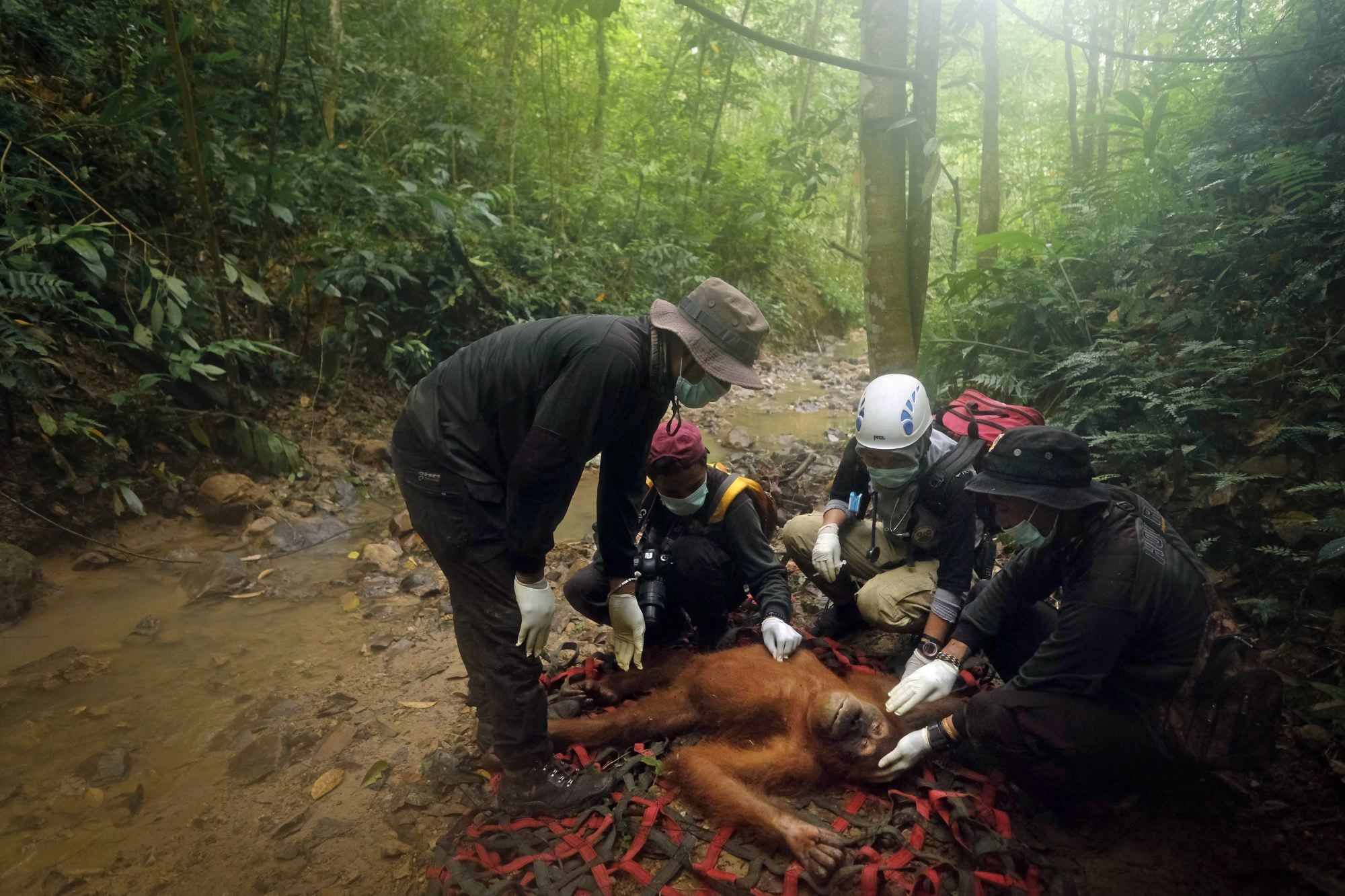 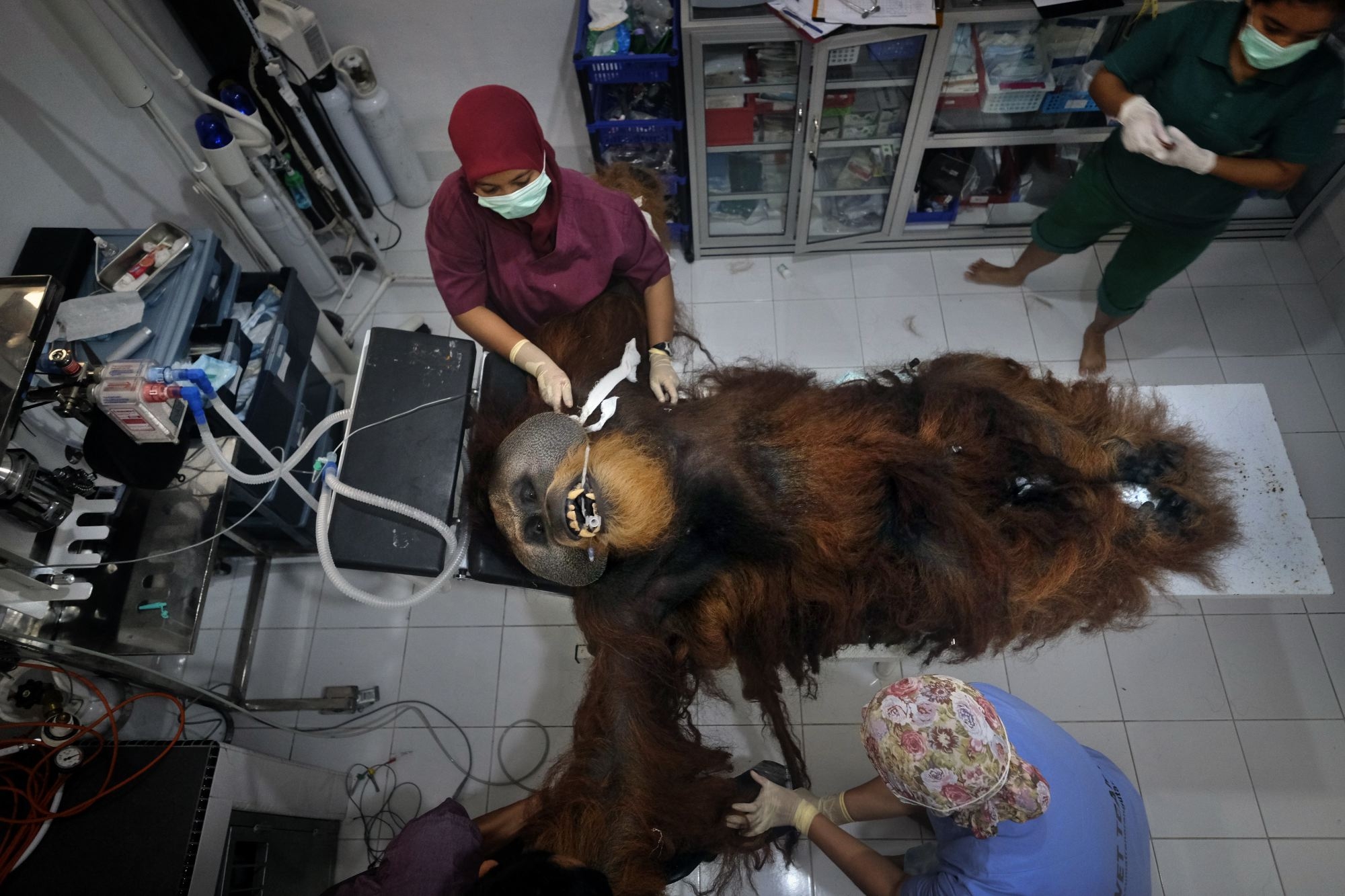 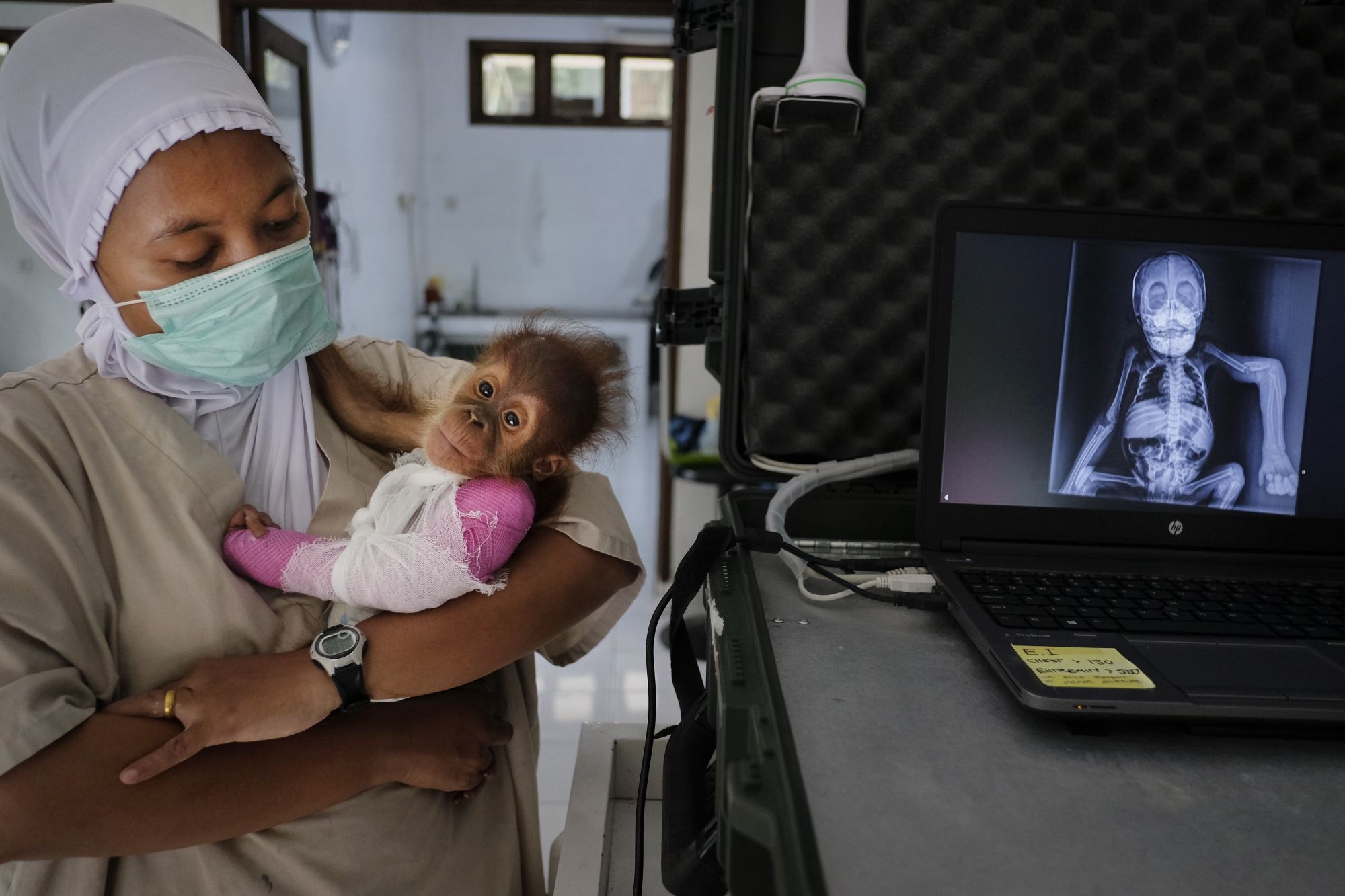 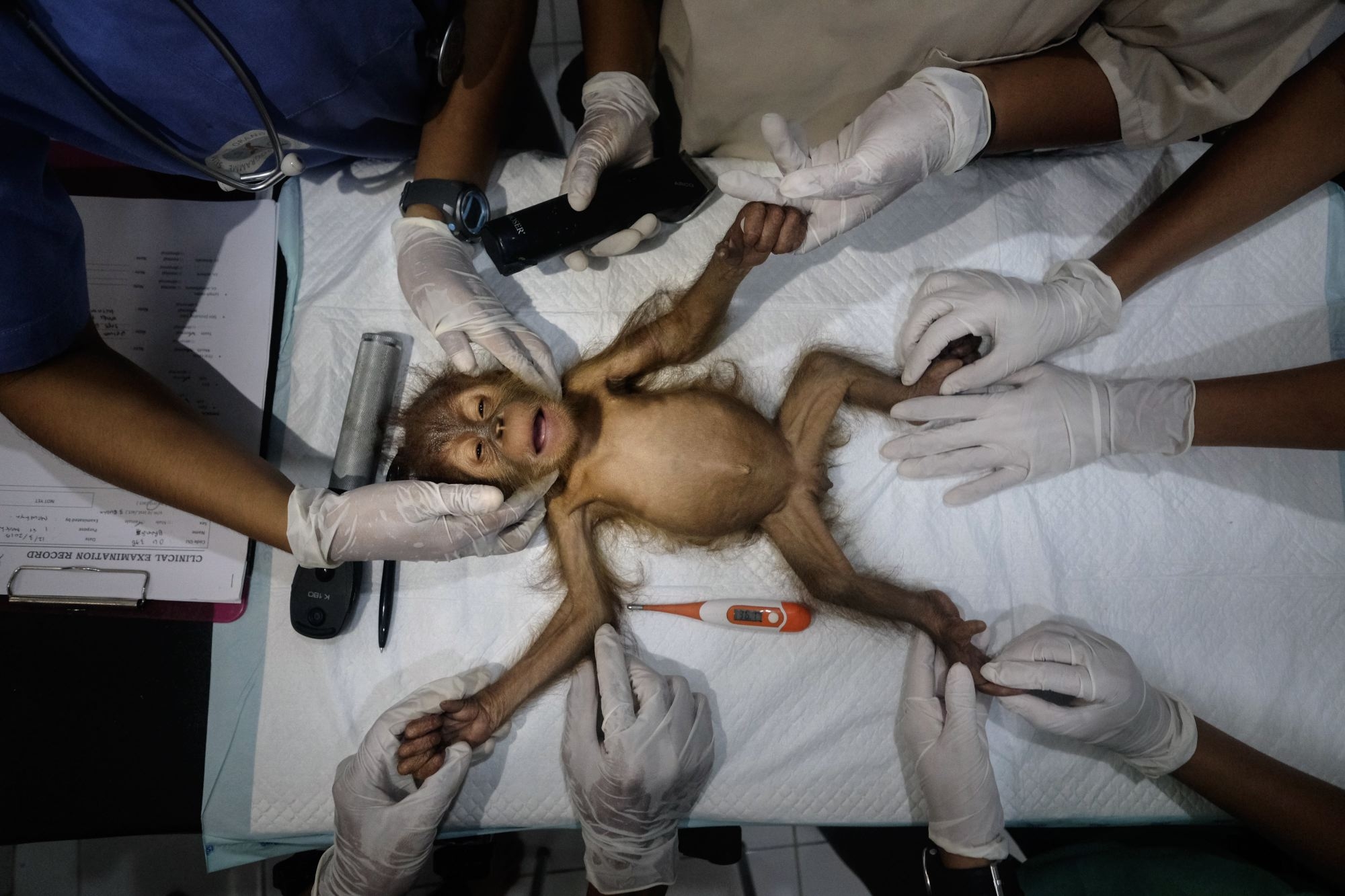 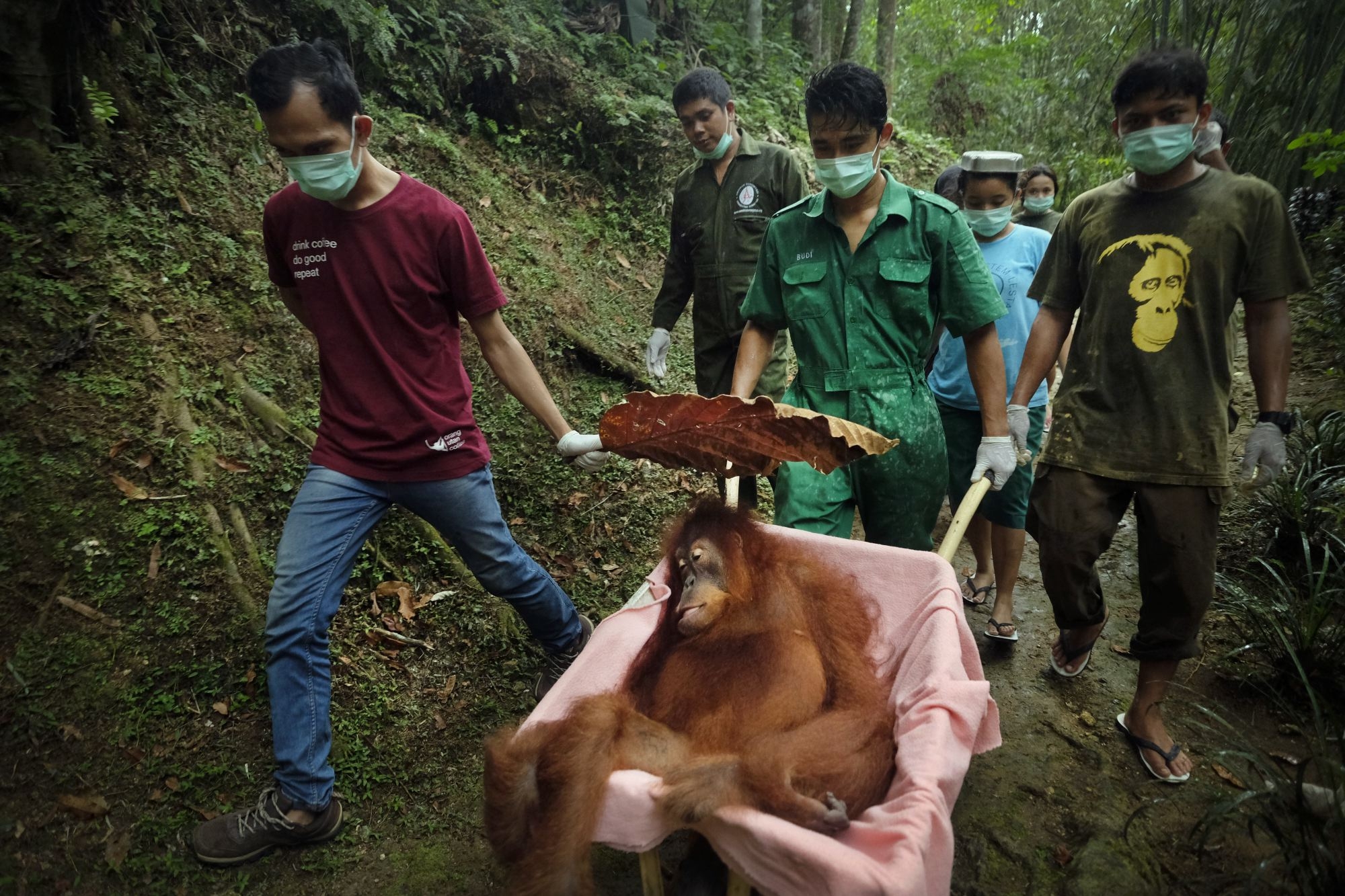 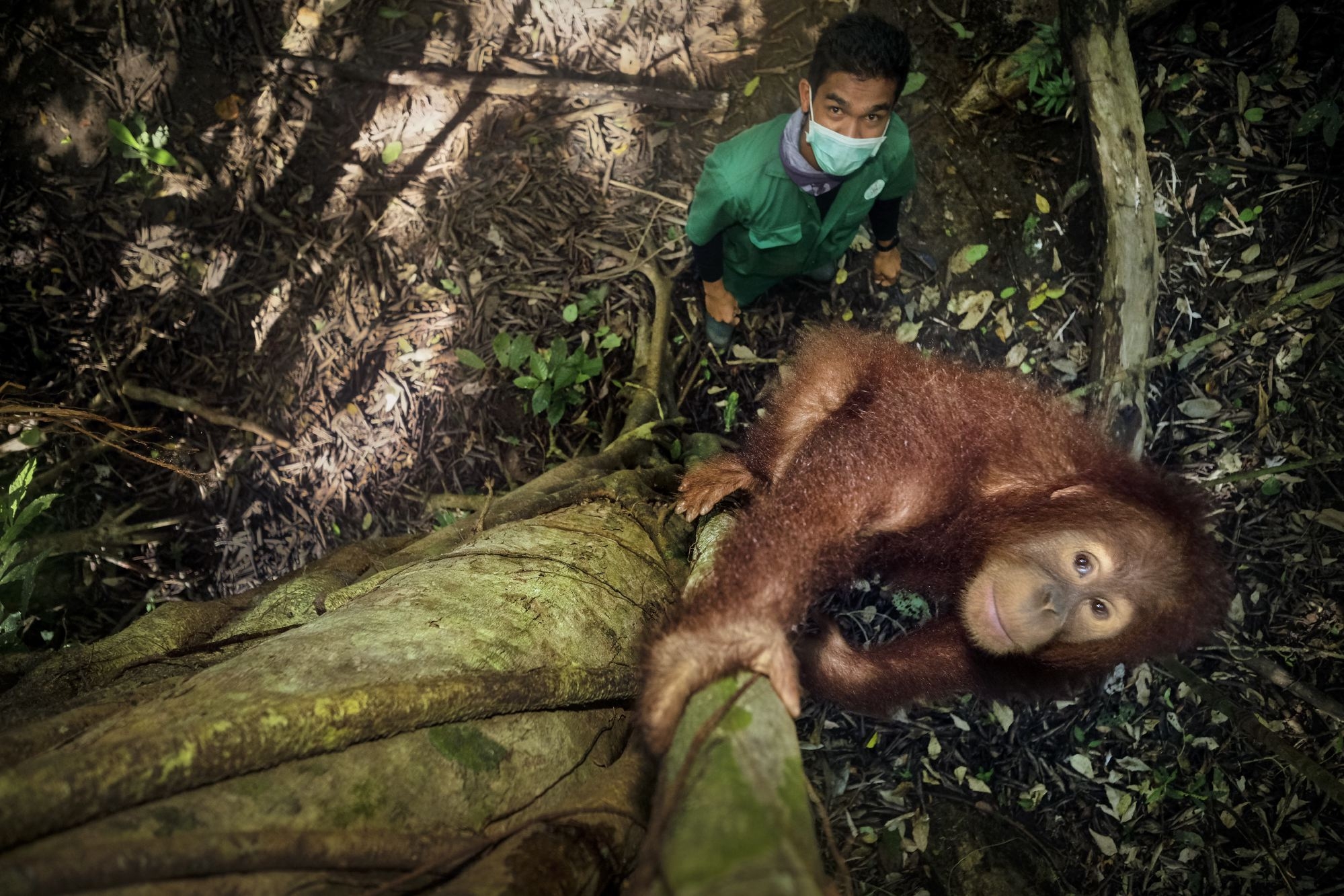 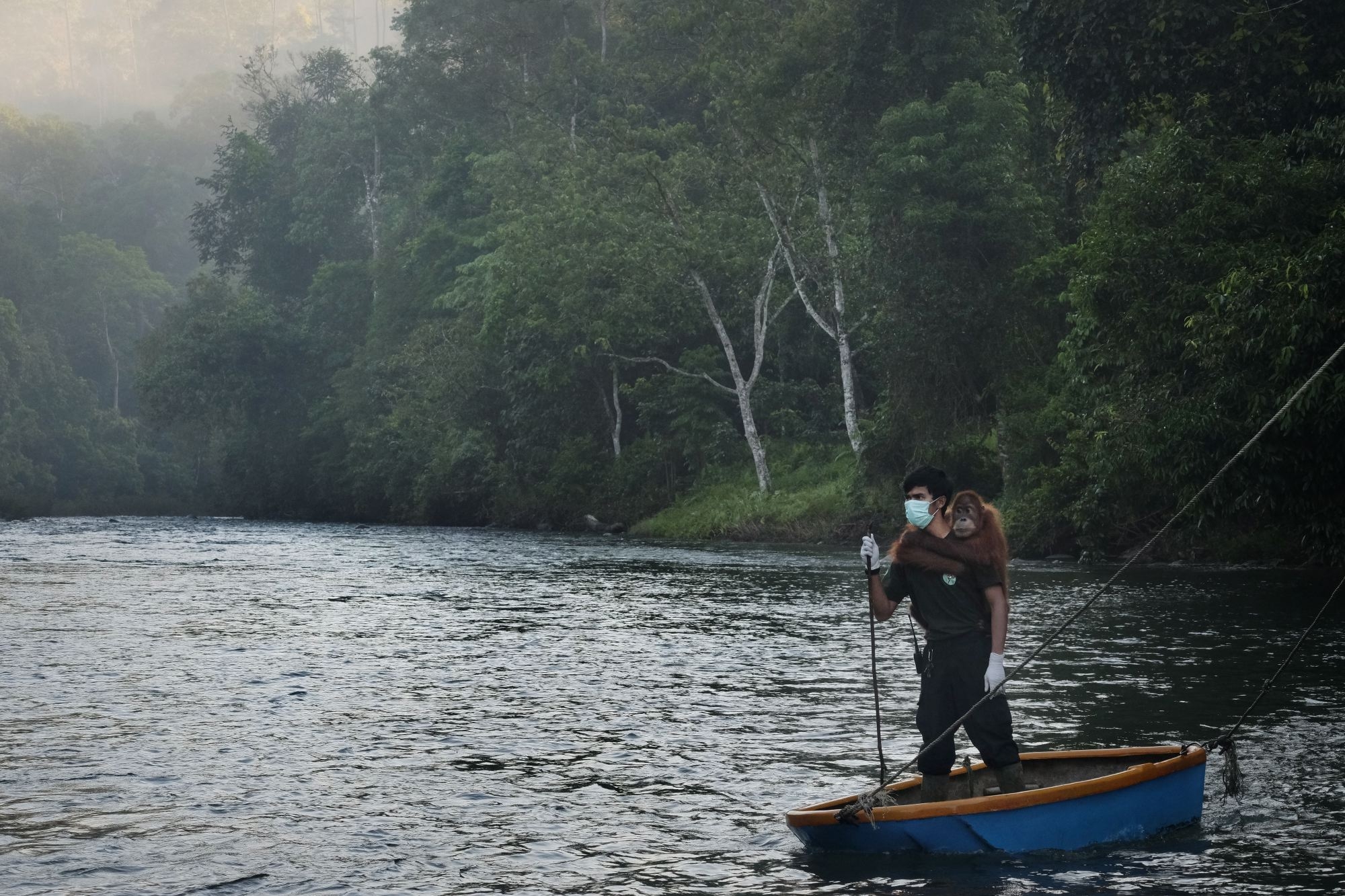 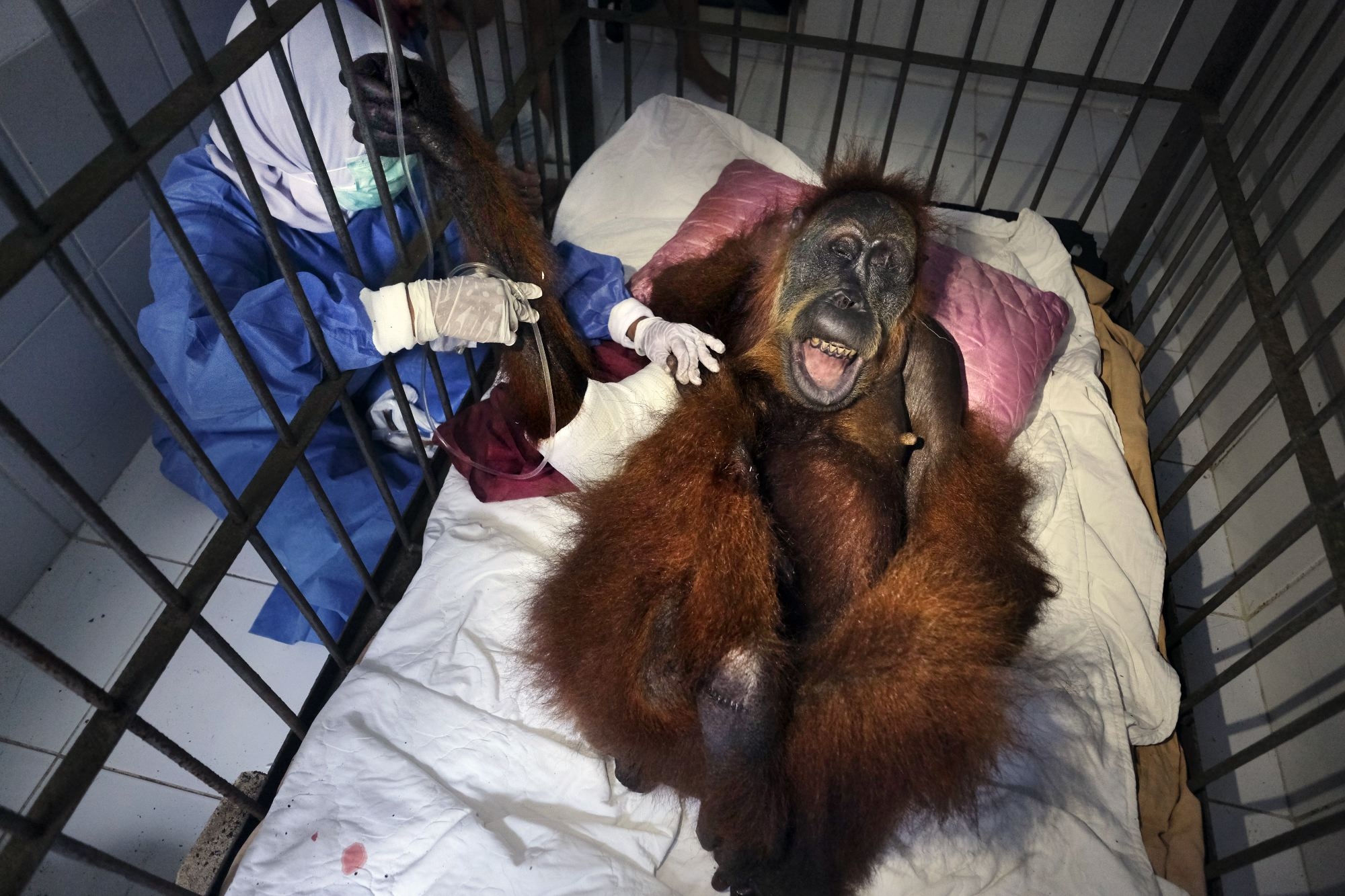 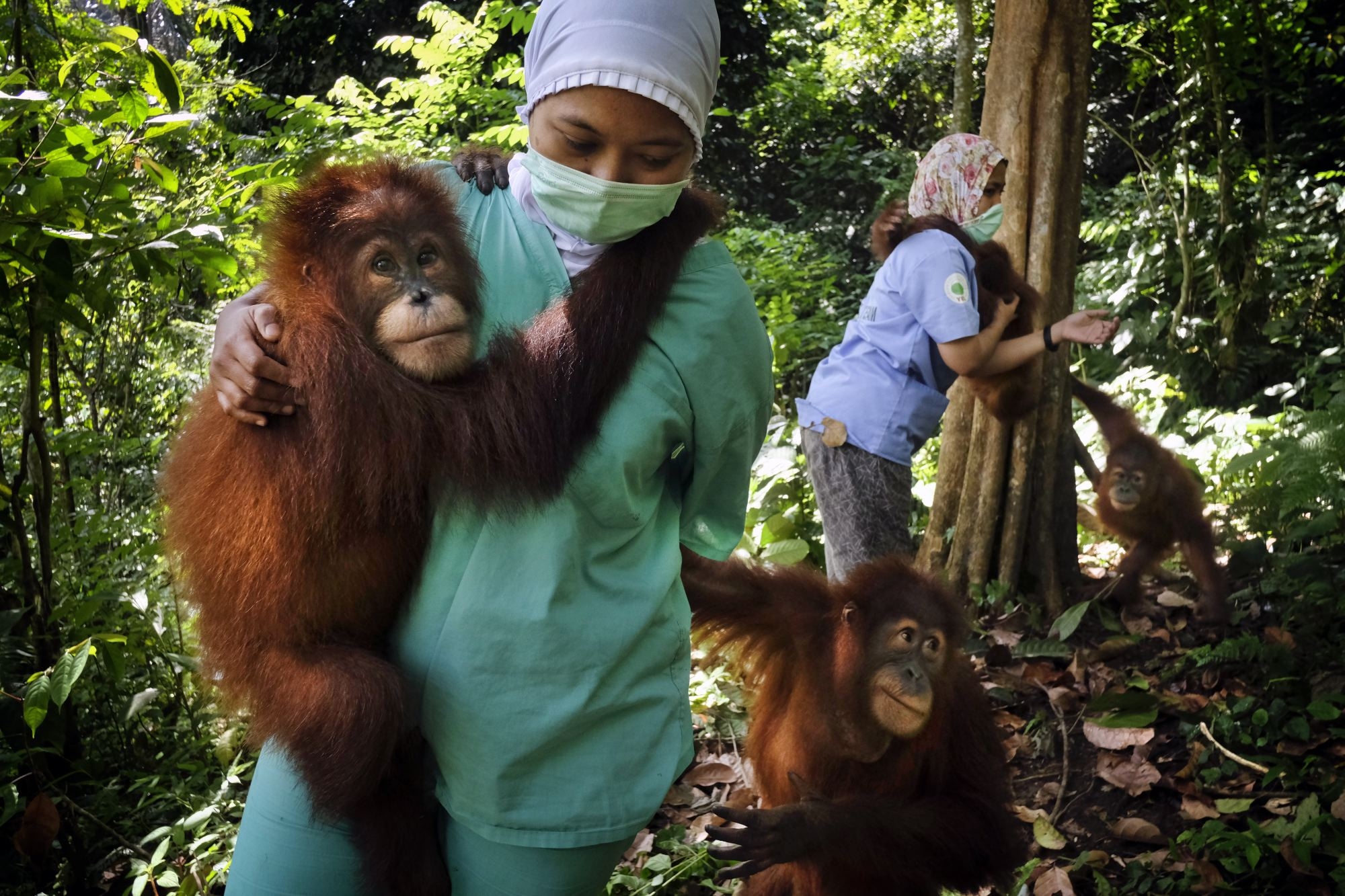 This series documents the incongruous behavior between man and the environment in Sumatra, Indonesia. On the one hand, humans destroy virgin forests wounding and killing animals, while on the other, they do everything possible to save them. One day, an orangutan is found peppered and blinded by 74 air bullets, the next, a surgeon travels halfway across the planet to save it. Orangutans spend their days moving through the tops of trees feeding primarily on fruit, bark and vegetation. Every evening, they build a new nest. But their routine is being sabotaged. Haphazard clearing of the forest creates pockets forcing the animals into plantations as they search for food and lodging, resulting in conflicts. Very often they are trapped and need to be rescued. Once located, the animal is brought down with a sedation dart giving the vet (and rescue team) approximately 30 minutes to perform a thorough, on-site medical check. Depending on the animal’s condition it will be relased in a forest or transported to the orangutan hospital for treatment. The greatest reward for everyone working with orangutans is the release of those who have assimilated the skills to survive in the wild. Forest training school teaches them to build nests and find fruit and leaves (it is estimated that +/- 7 hours, of an orangutan’s day, should be spent looking for food). When ready, the animals will travel overnight to a reintroduction center. Eventually, on graduation day, the orangutan is ferried across the river and released into a protected national park.  For months, I have shadowed the members of several organizations coordinating their efforts to rescue, rehabilitate and release orangutans. Beyond their dedication, I have witnessed passion transform to pride with every intervention.