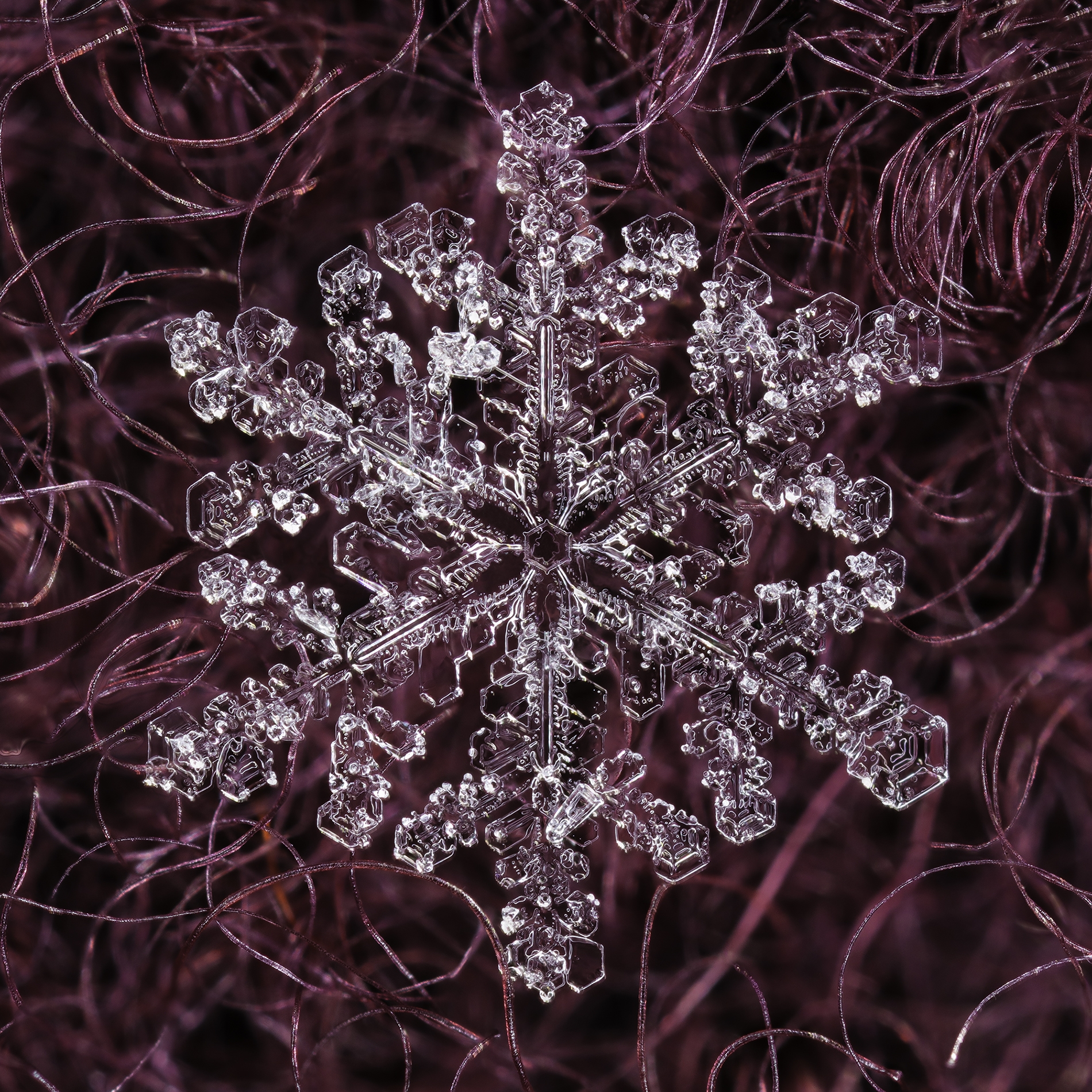 It’s estimated by scientists that over the course of a year, a million trillion snowflakes fall worldwide each second, and yet, more than half the world’s population has never seen one close up.Starting as specks of dust so minute that they can’t be identified in a microscope, snowflakes (snow crystals) evolve into one of Mother Nature’s most astonishing creations. Photographing them individually opens up a whole new world of beauty. But it has many challenges, temperature being paramount. Using a wool scarf for background in -5 to -15 deg, you have seconds to get the shot before its gone.