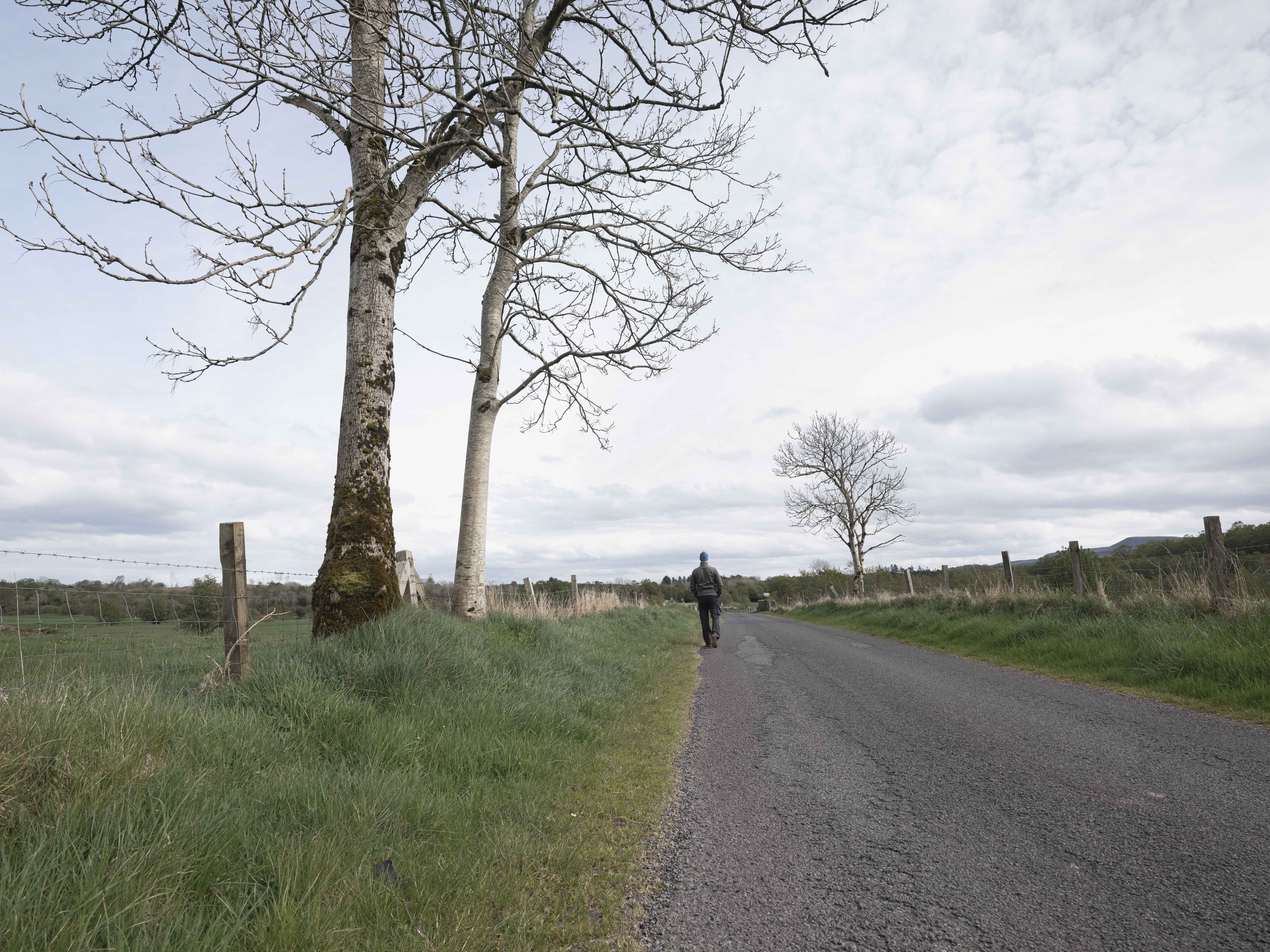 In may 2019 I travelled the 500 KM Irish border to discover how the so called backstop and a potential hard border is perceived by the local population and how it would impact their daily lives. These 10 images give a feel about the reality of the terrain and capture the social and logistical concerns of those photographed. 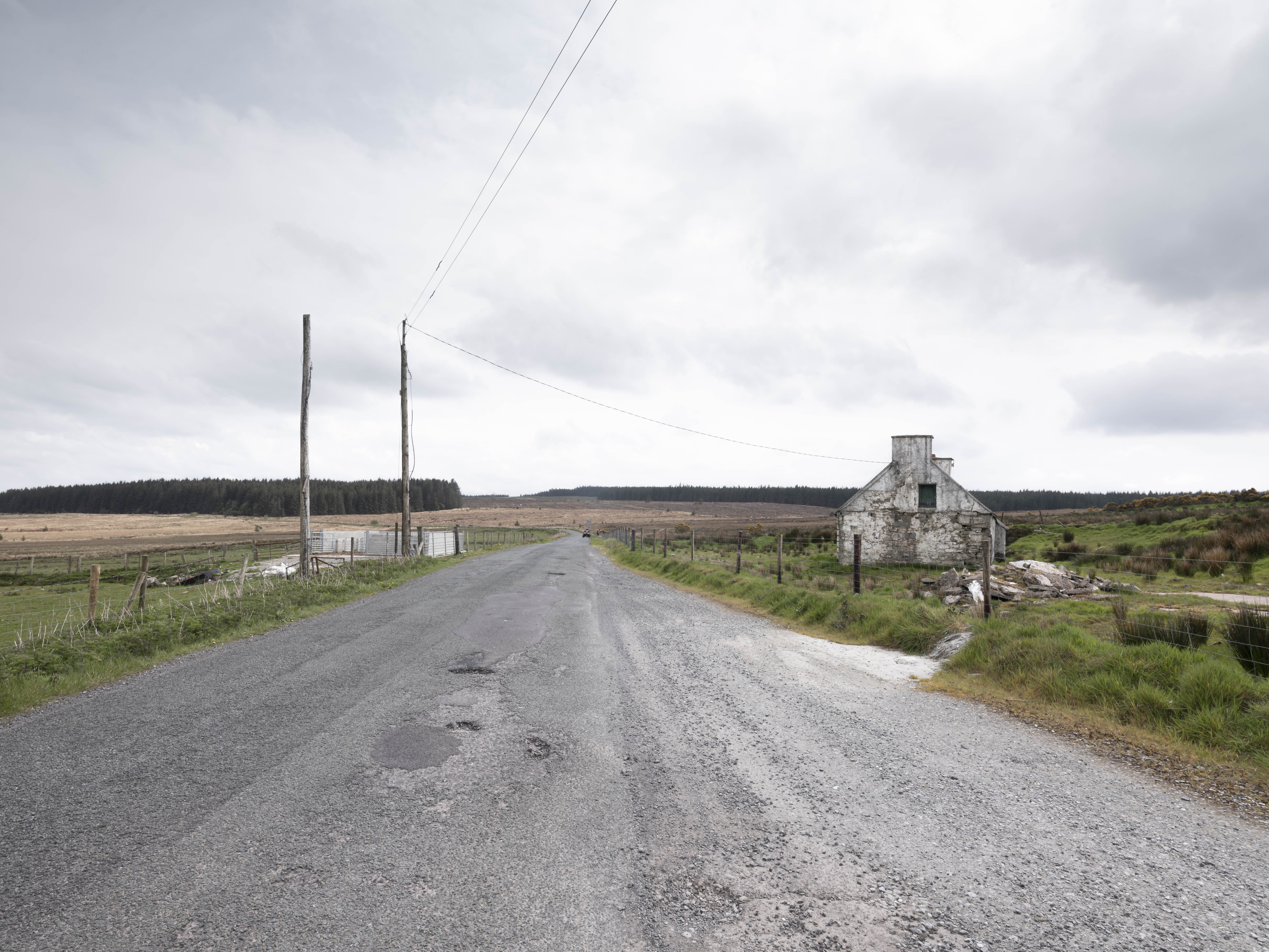 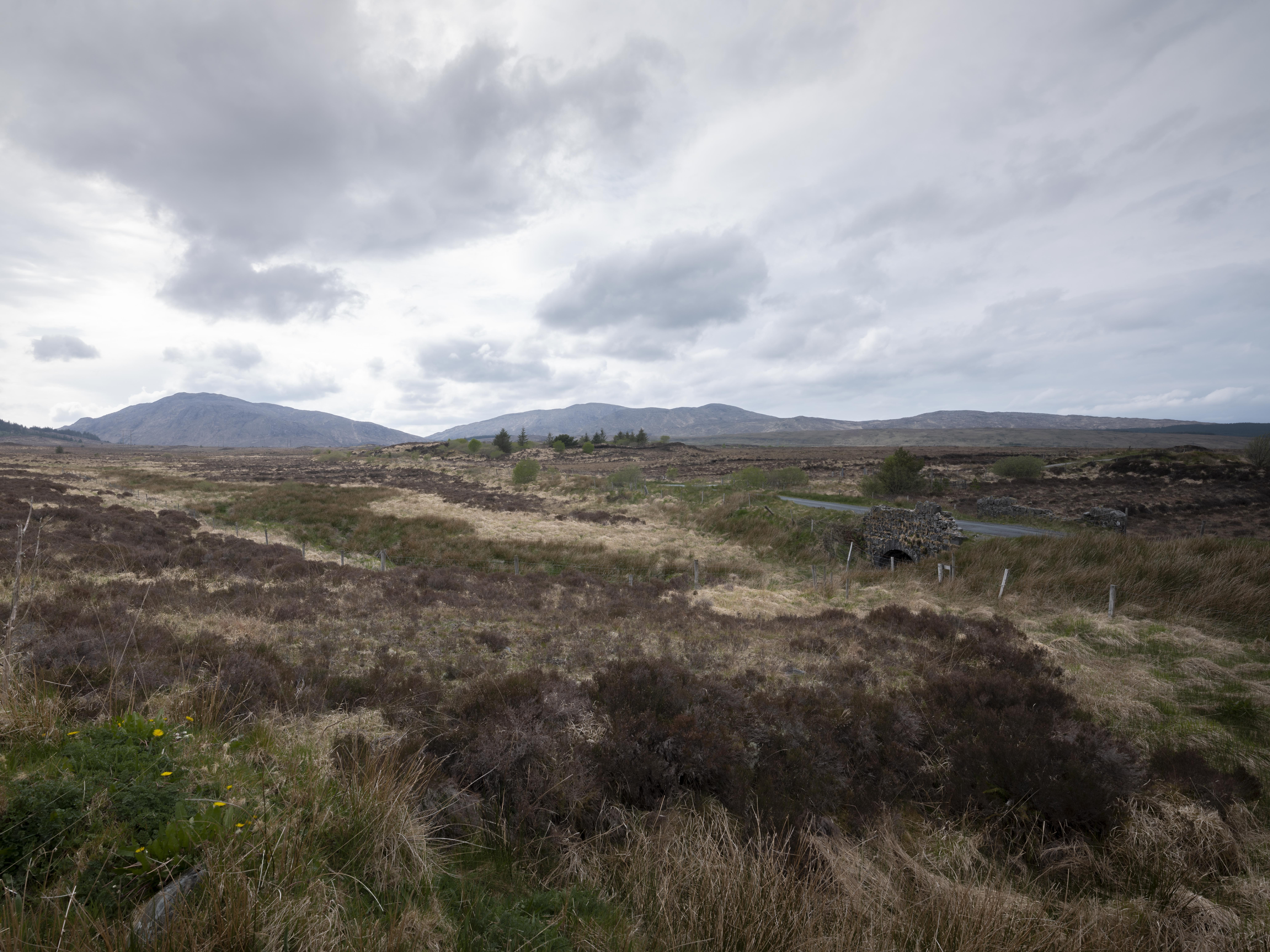 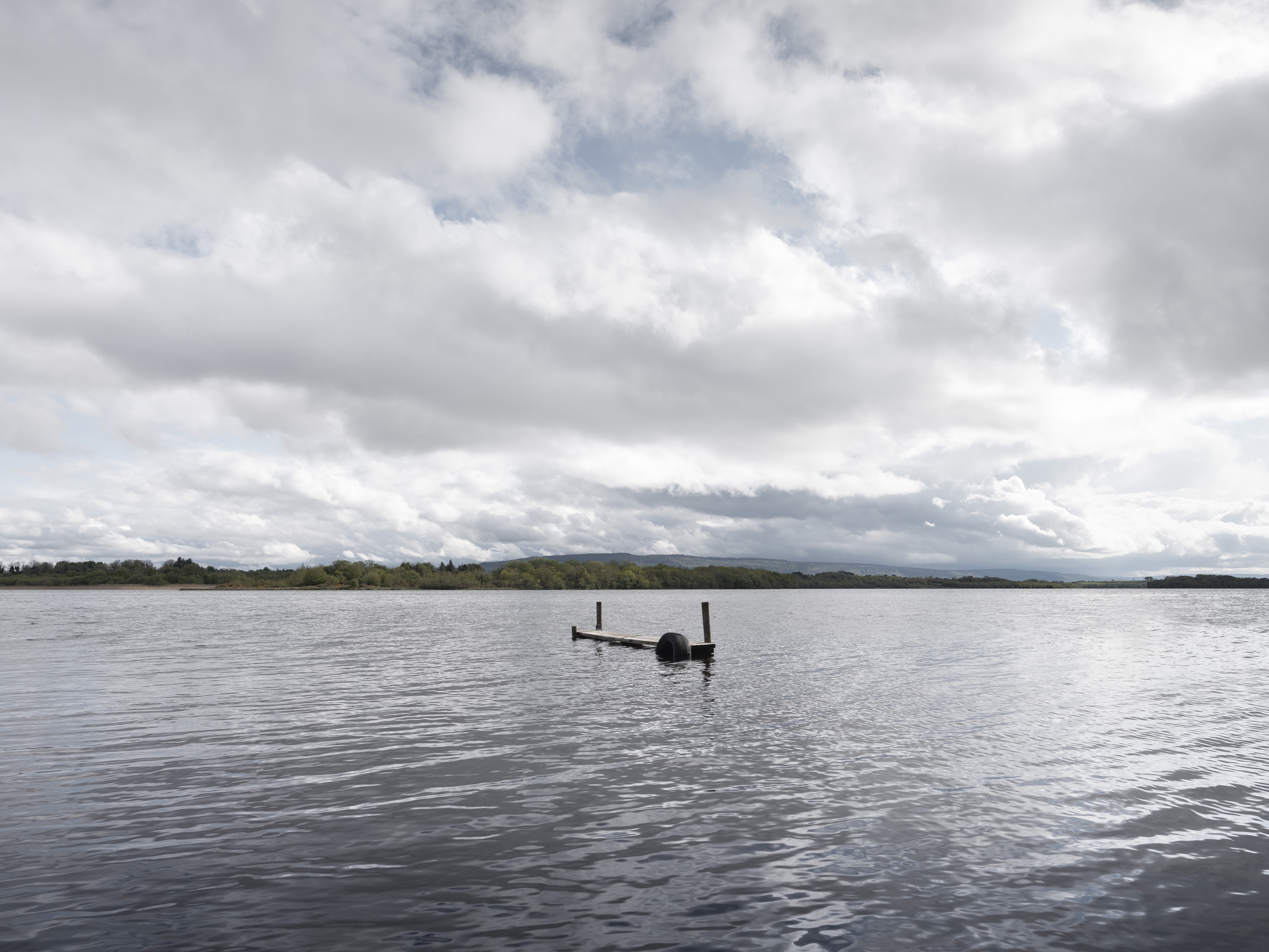 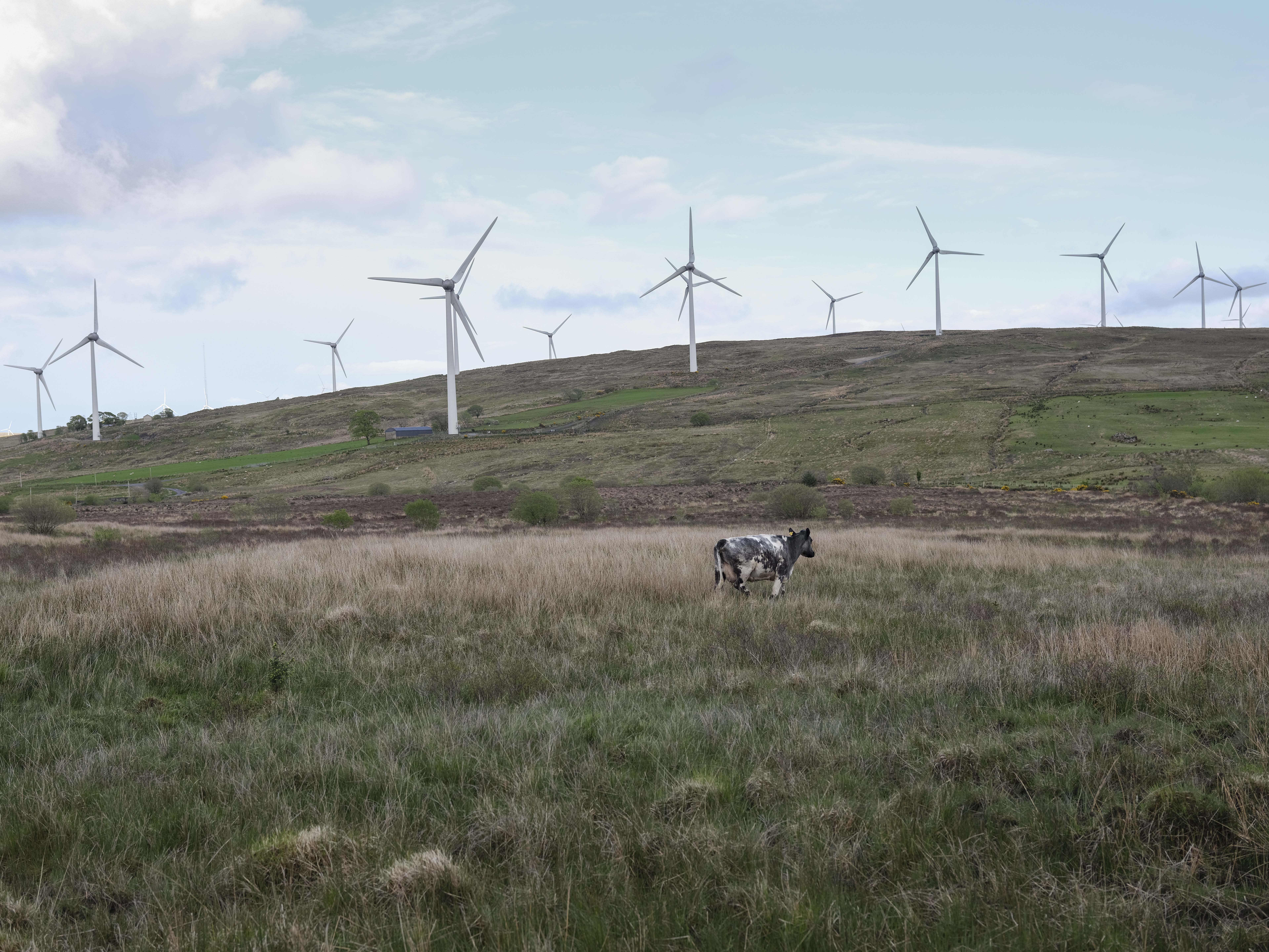 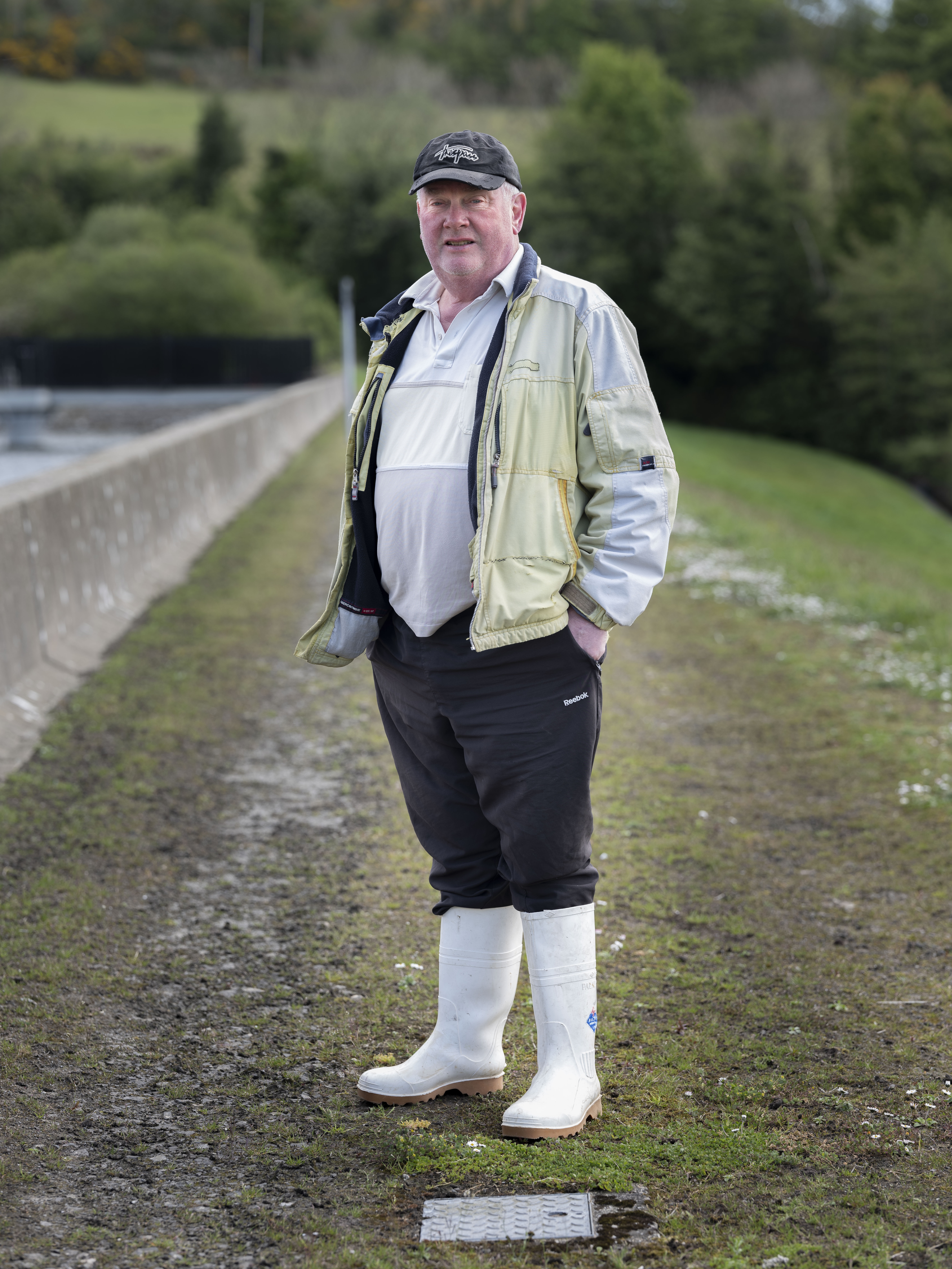 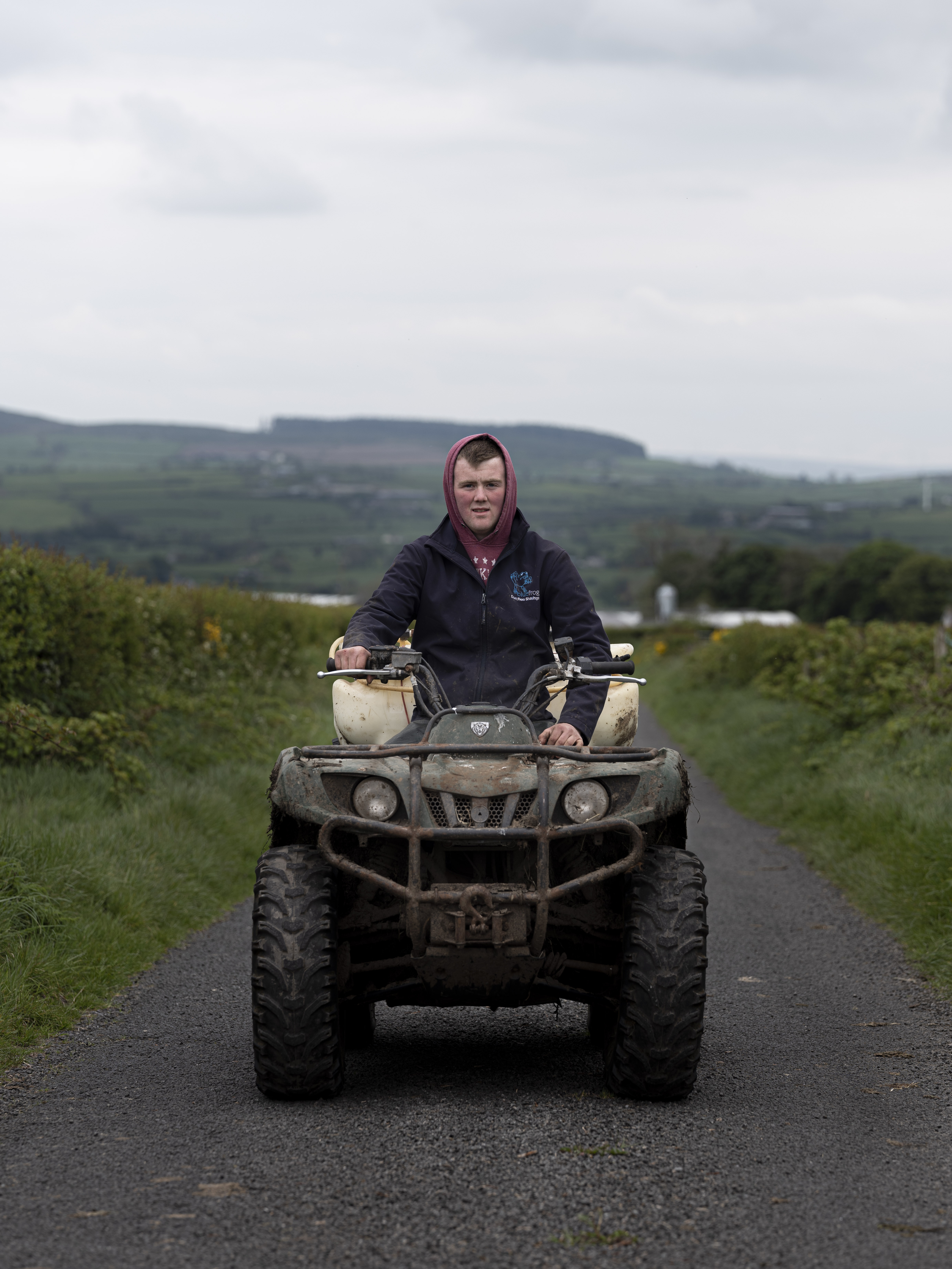 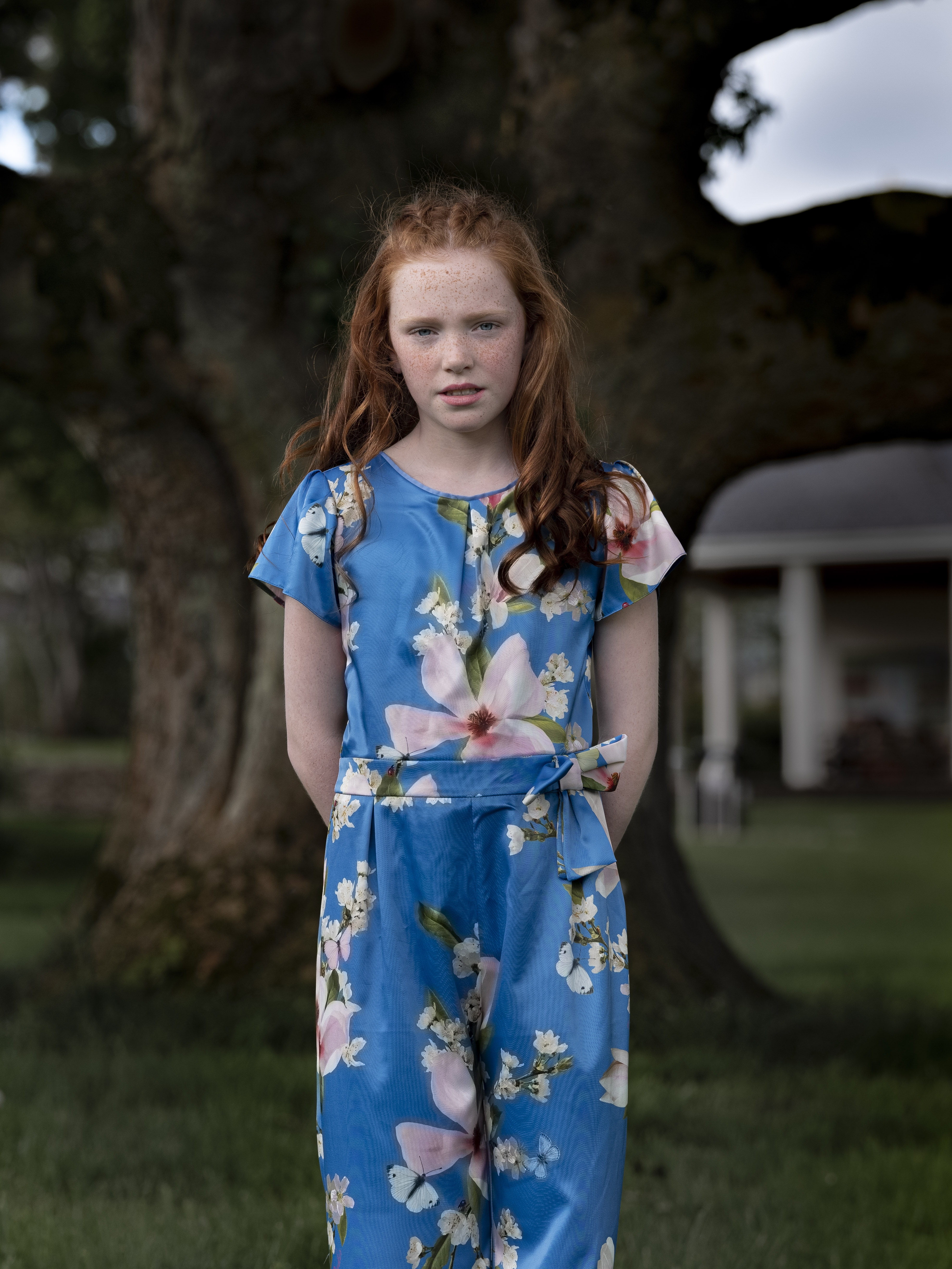 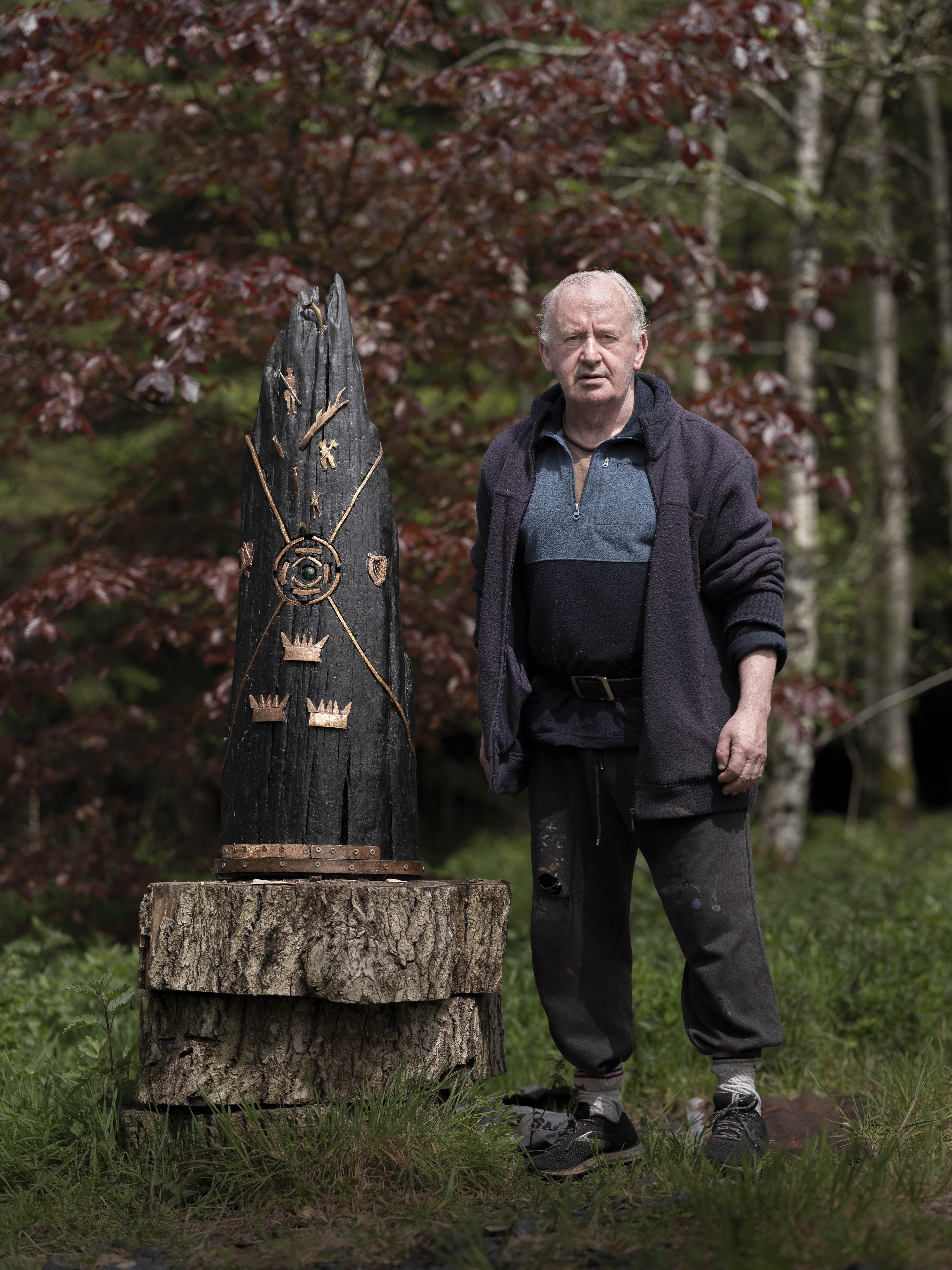 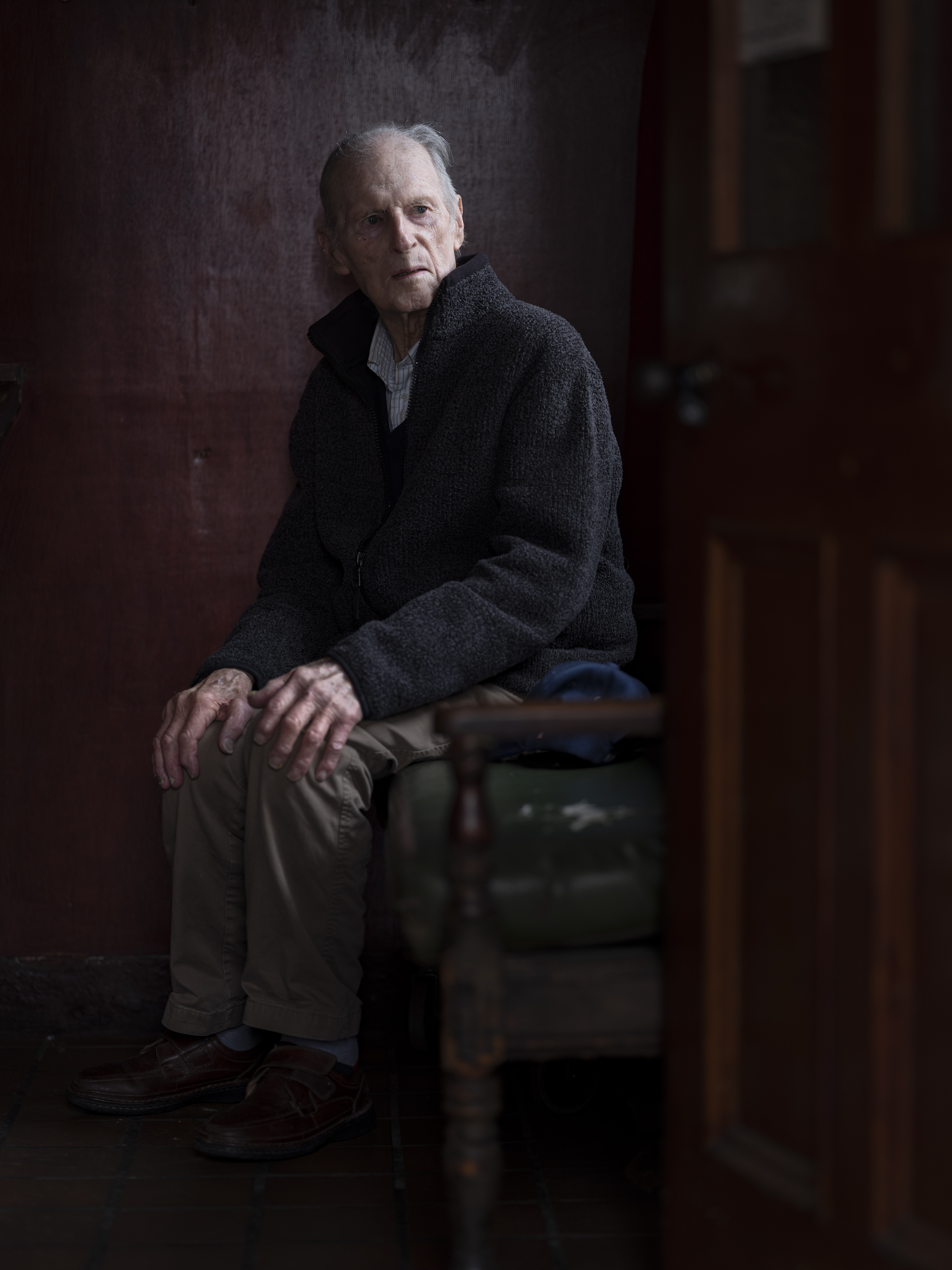 The 5 landscape images are border crossings between Northern Ireland and the Republic of Ireland. 95% of the offical 208 border crossings are country roads with no visual indication of a border. The incidental speed sign either in KMph or Mph or failing that the quality of the tarmac demarcate the border. PORTRAIT1: Killae Water Reservoir in Altaghaderry Carrigans, Co. Donegal is where the border gets wet feet. Half of this drinking water reservoir lies in the Republic, the other half in the Northern Ireland. Shaun Doherty is the voluntary unofficial caretaker and Brexit gives him a good laugh. PORTRAIT2: Nigel Hemphill on a squad - 20 years old, works on Howard Pollock's farm. I met him around the Castlederg region. On the question of a hard border he replies: "that would be bad for the sheep. Getting them to the South where they graze and back would become a problem." Farming is done in the North but the grass is literally greener in the South. PORTRAIT3: This is Megan, 11 years old. Her father is from Blacklion (Republic), her mother is from the North. They live on the other end of the bridge (the border) in Belcoo. Her granny and cousins still live on the other side . She admits that Brexit is all too complicated. However on the questions of unification I get a "yes please". She would hate the fact that she'd need a passport to visit her relatives. PORTRAIT4:South East of the Mid Ulster border crossing, east of Knockatallan, I met Dr. Brian Smith, retired and bog oak sculpturer. The sculpture represents a united Ireland with its 4 provinces: Ulster, Leinster, Munster and Connacht grouped around Athlone. He fears a hard border will spark new violence. PORTRAIT5: At the Irish Sea in Rostrevor, I met Henry Kavanagh, 94. A man who has seen the troubles. When asked about Brexit he replied: "they should leave it alone”. While he looked away and starred at the floor, I could sense this emotional burden; as if the hard work towards peace could become in vain.