A Diamond under the Clouds 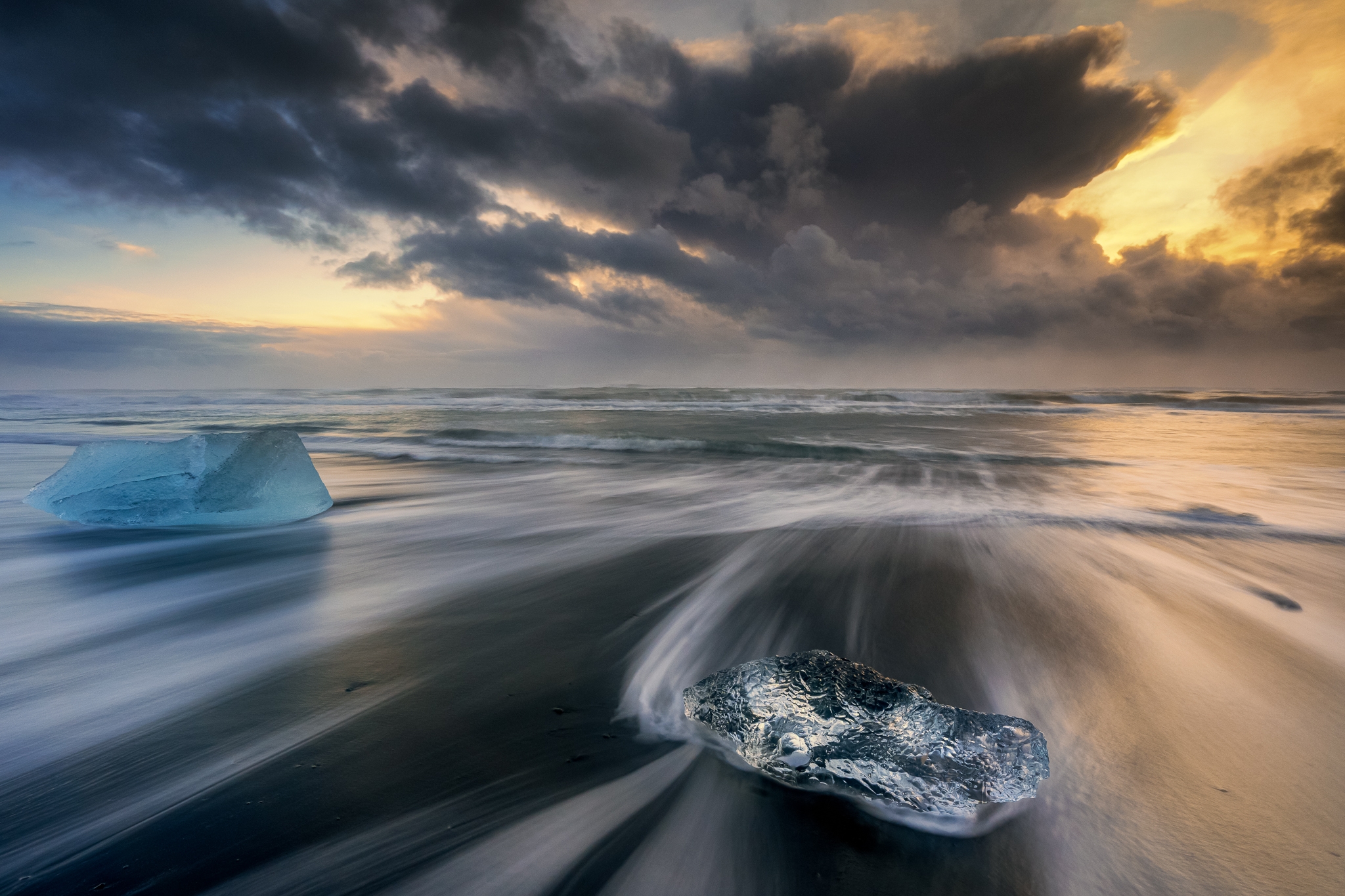 I have taken this shot on an overcast morning on the shores of Diamond Beach in Iceland. What attracted me most was the contrast between the moving clouds and water and the apparent resilience of the ice blocks. Apparent, because with every wave they were slowly moving inland. The ice block in the foreground gave the name of the shot. In itself it is a source of contrast, between the clarity of its features and the smoothness of the water flowing around it, and between the transparency of the ice itself and the dark glimpses of the sand behind it.