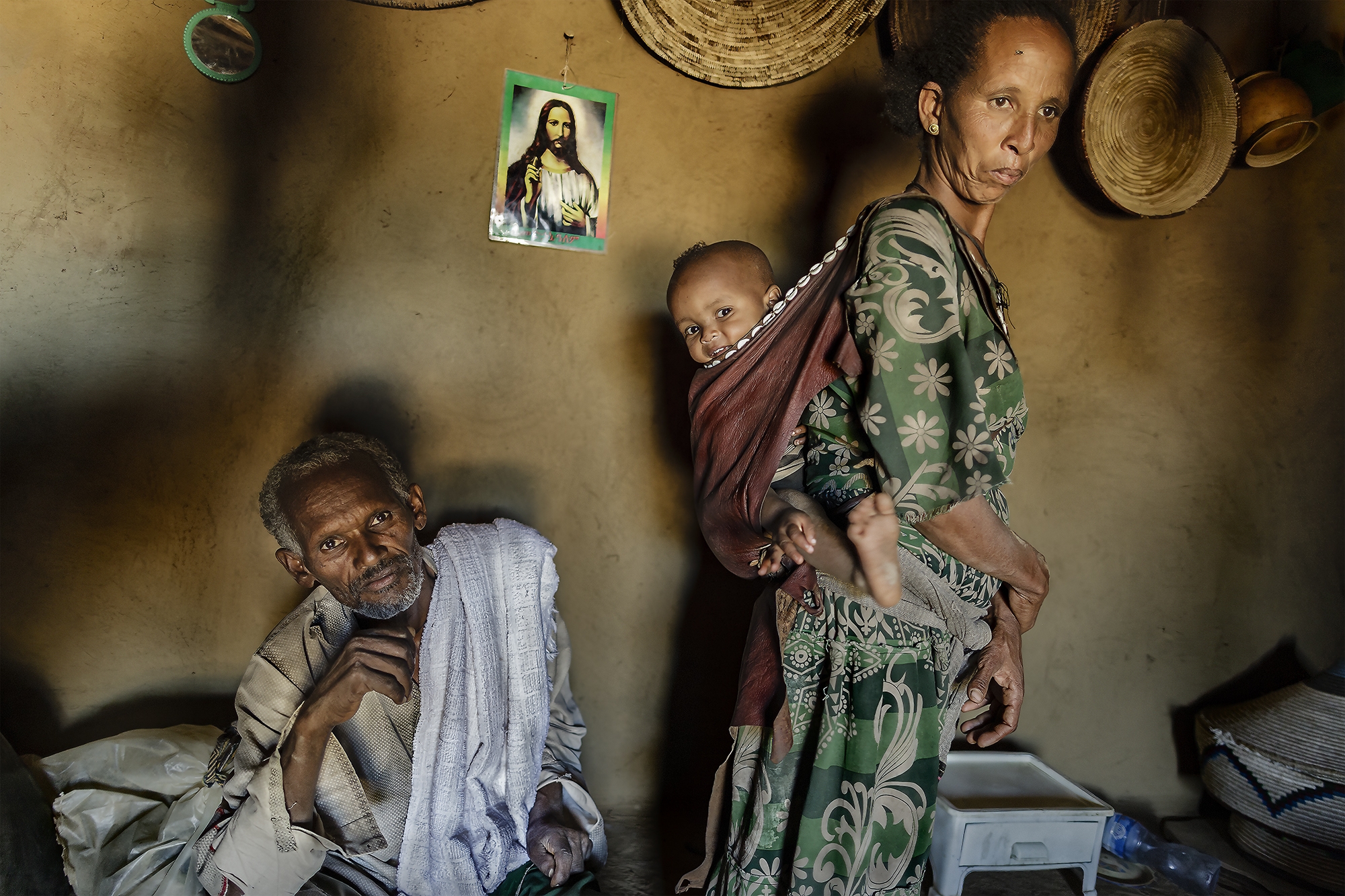 A peasant family from the Sekota Valley - Tigrè Region; Ethiopia. The Ethiopian Coptic Church is the only case of autochthonous "African" Christianity. Christianity in Africa arrived already in the first century and spread rapidly in the horn of Africa at the time dominated by the ancient Kingdom of Axum. In short, the Ethiopians were freely Christians before they officially became Rome and Constantinople. Subsequently from the Kingdom of Axum the penetration of Christianity arrived in Nubia first and then reached the Mediterranean coasts of Africa