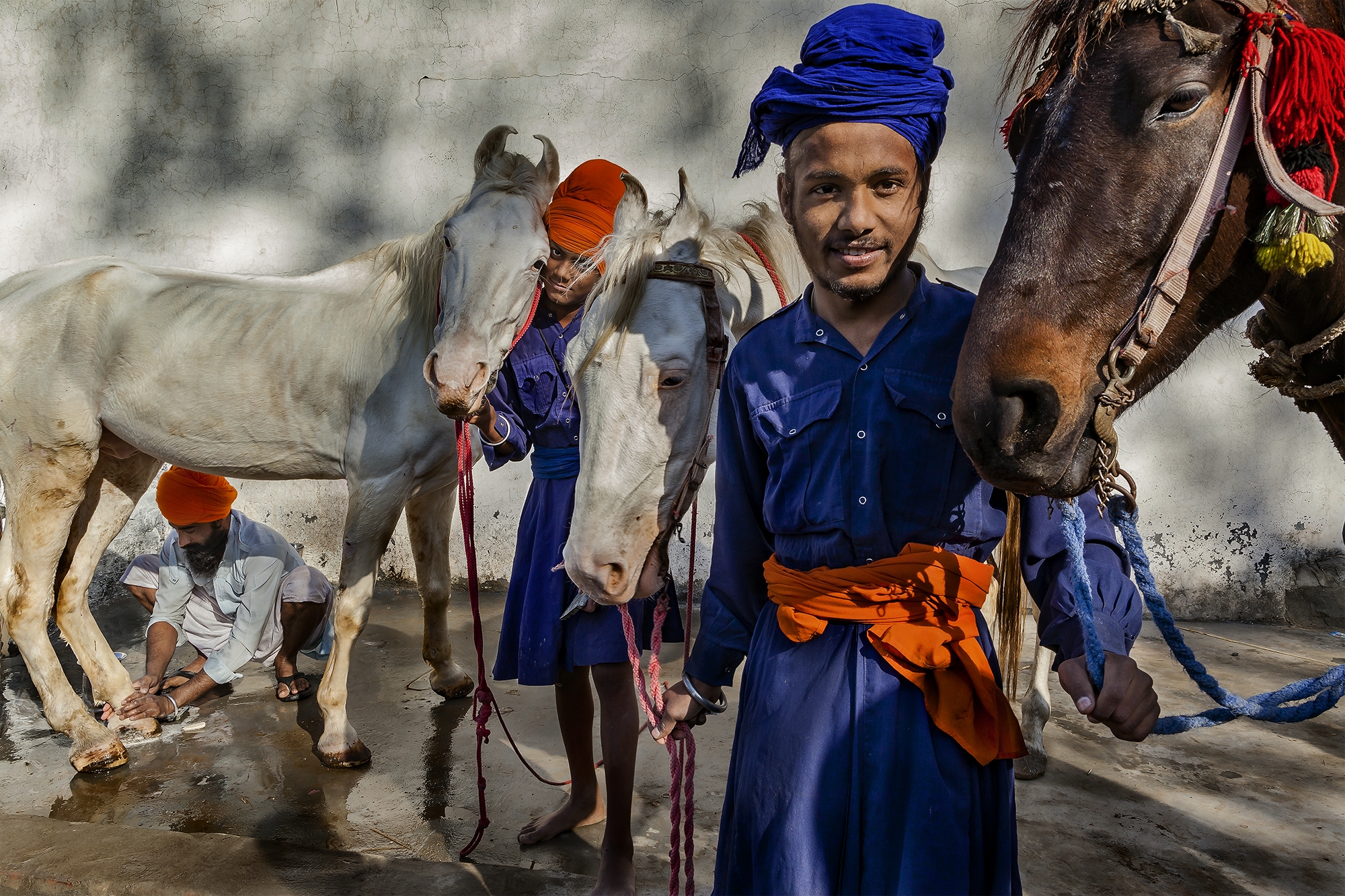 The Nihang are an armed Sikh warrior order originating in Punjab - India. If you meeting the Nihangs: you feel as if you have stumbled upon a movie set. “There is no age or gender to be a Nihang. Also known as Akali, the immortals, Nihang warriors are believed to have originated either from Fateh Singh and the attire he wore or from the "Akal Sena" (lit. Army of the Immortal) started by Guru Hargobind. Cavaliers emeritus, they roam the North of India on their horses, the only pure animal according to the belief to be able to carry the messengers of the religion.