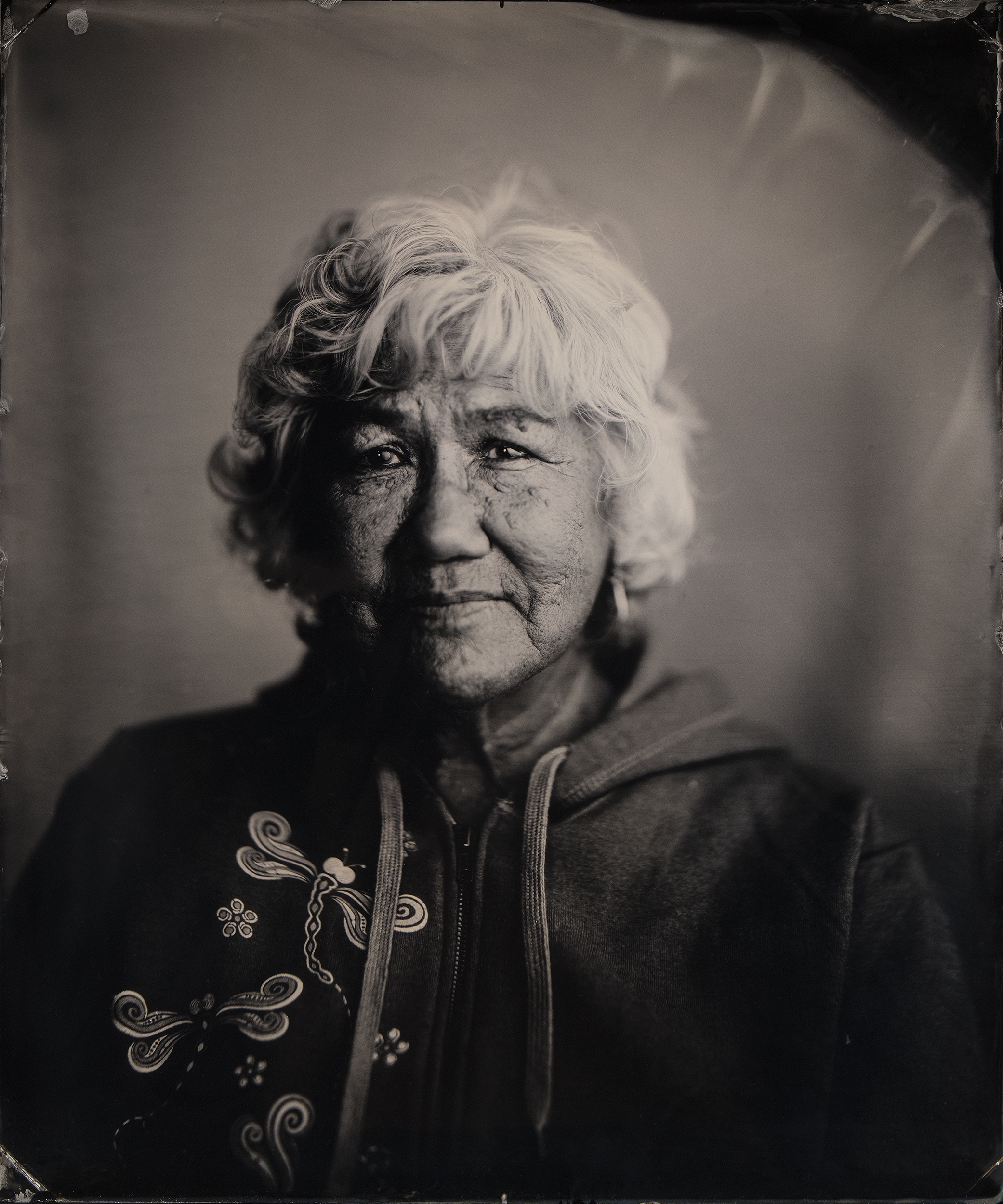 The images from this project consist of portraits of the last native speakers of endangered North American languages. These portraits were made using a 20x24” view camera and the wet collodion tintype process. 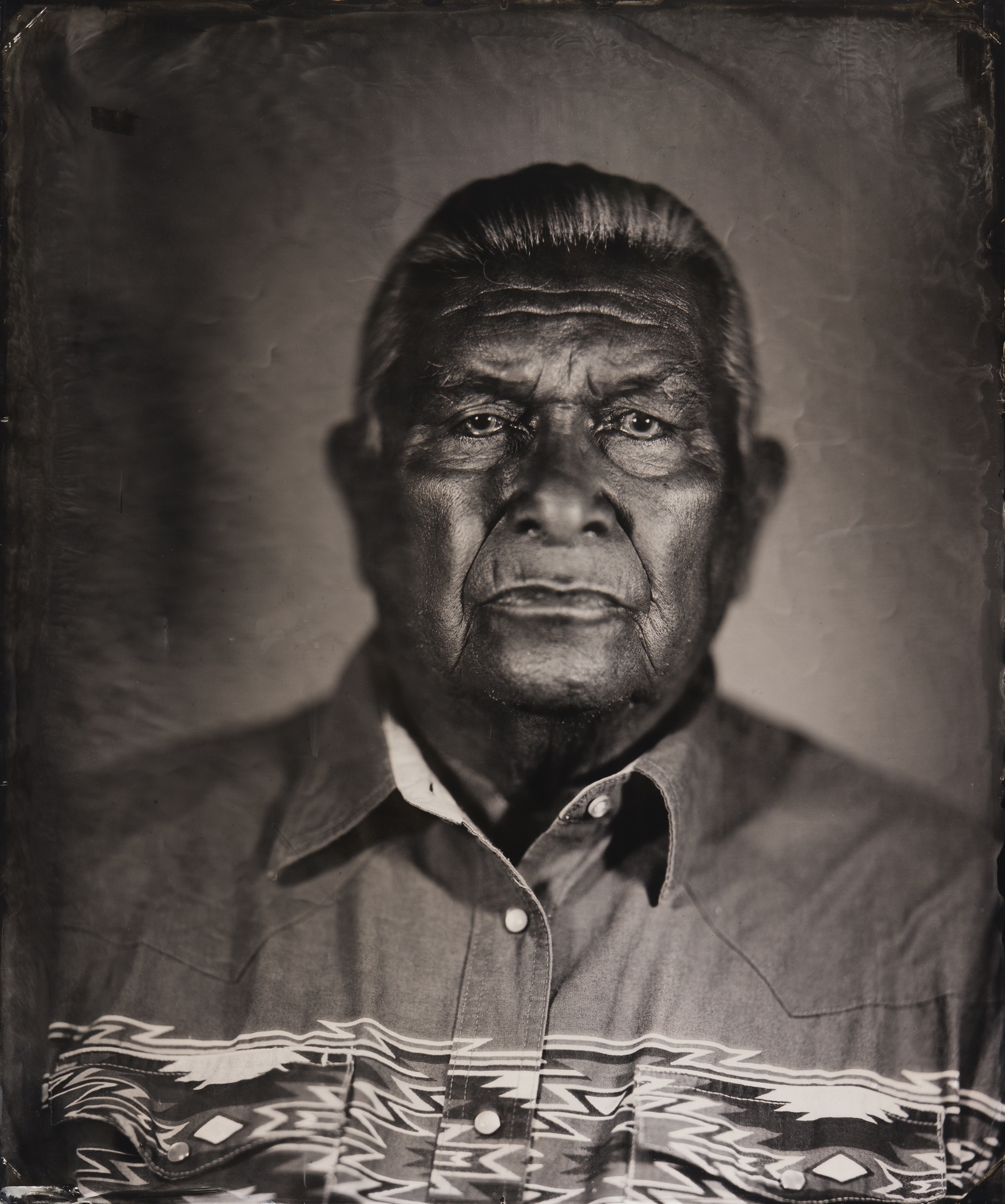 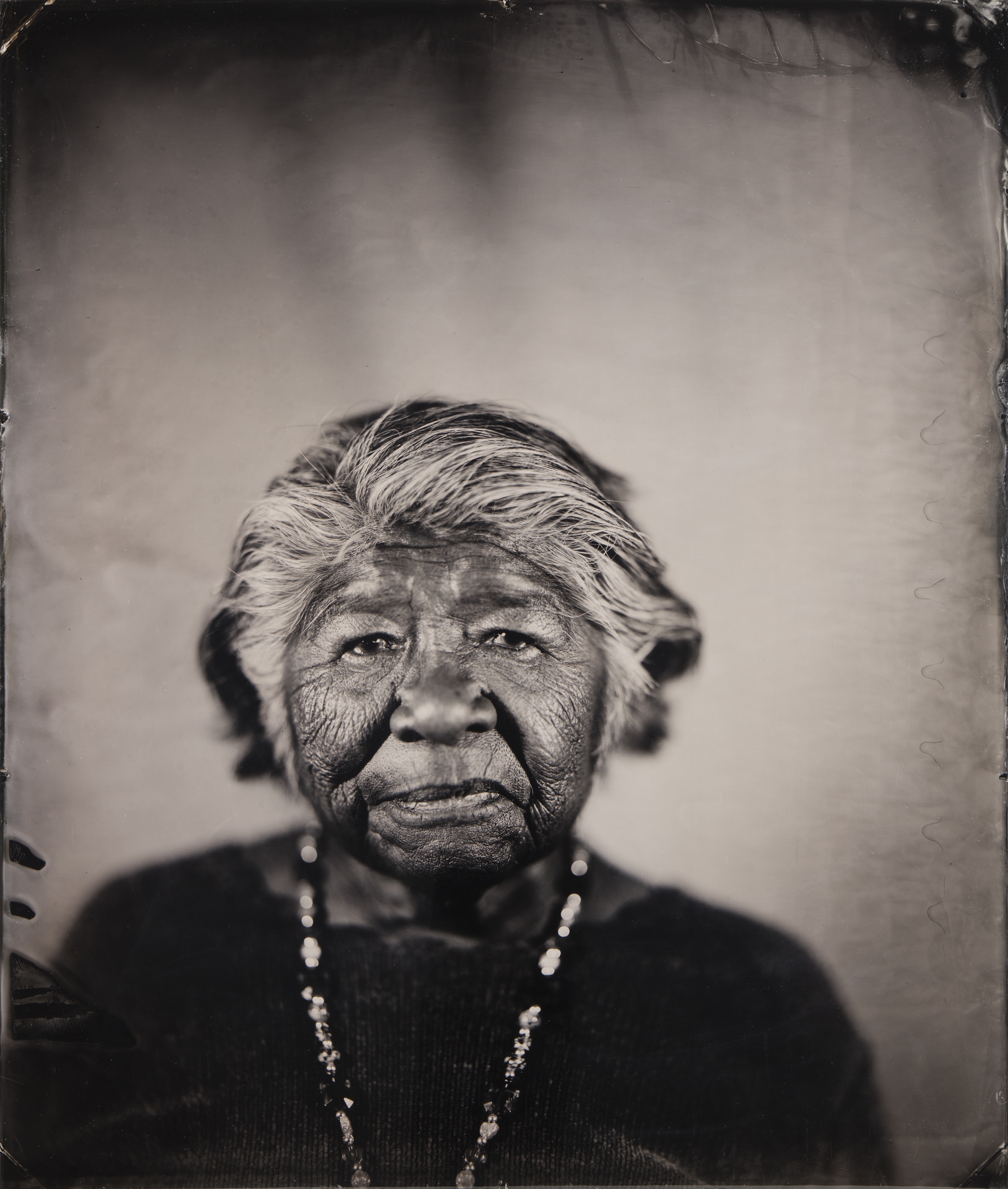 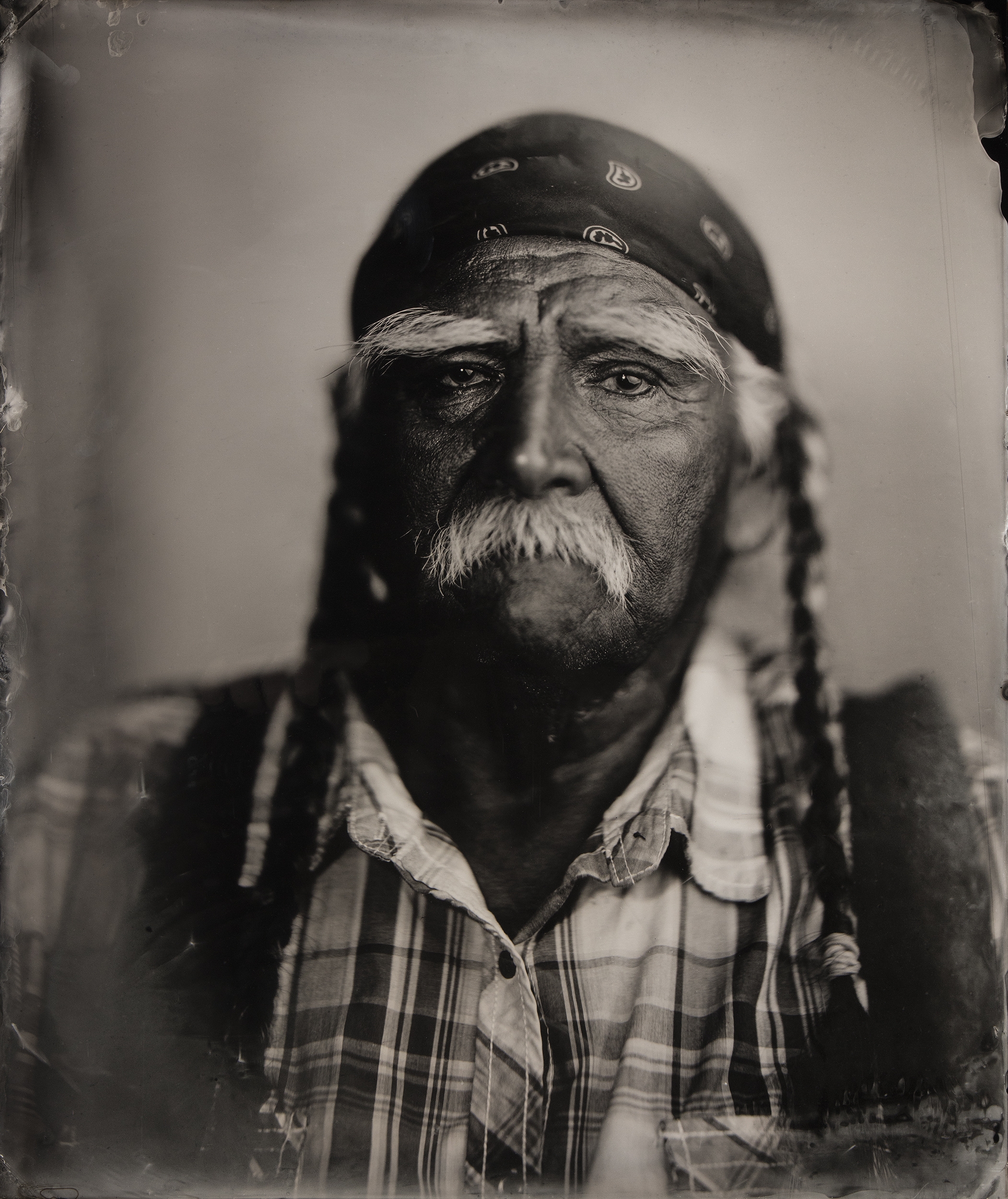 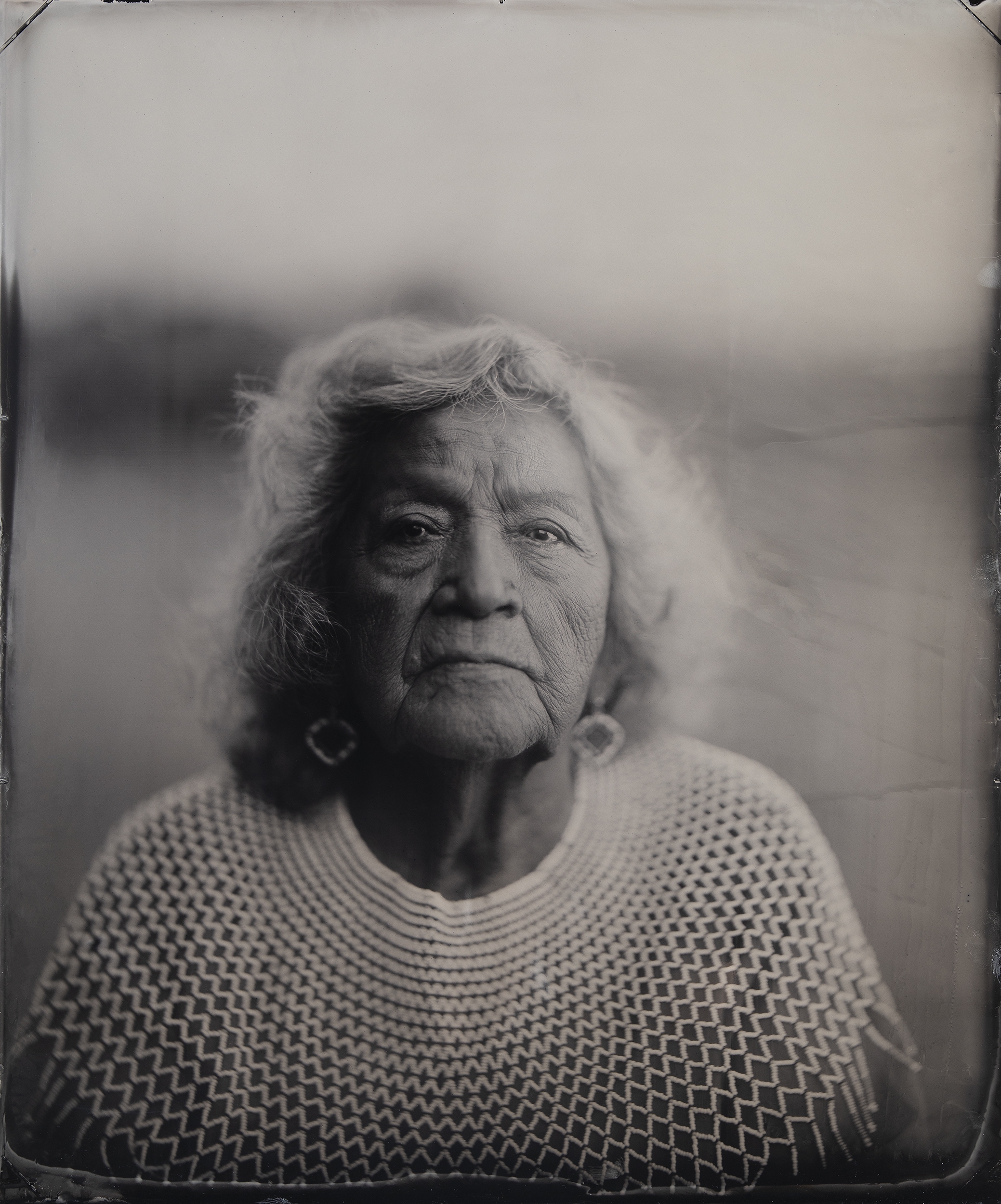 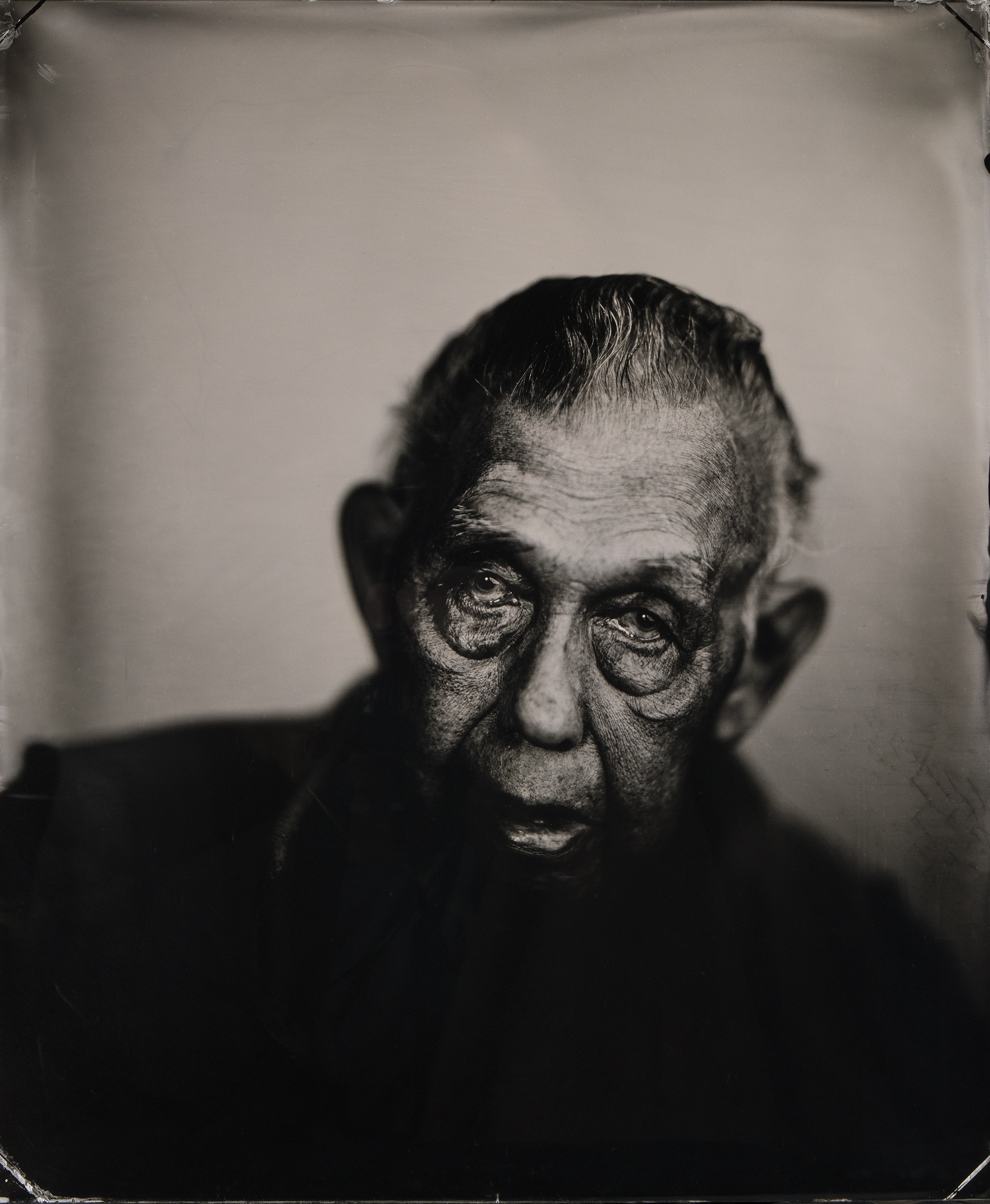 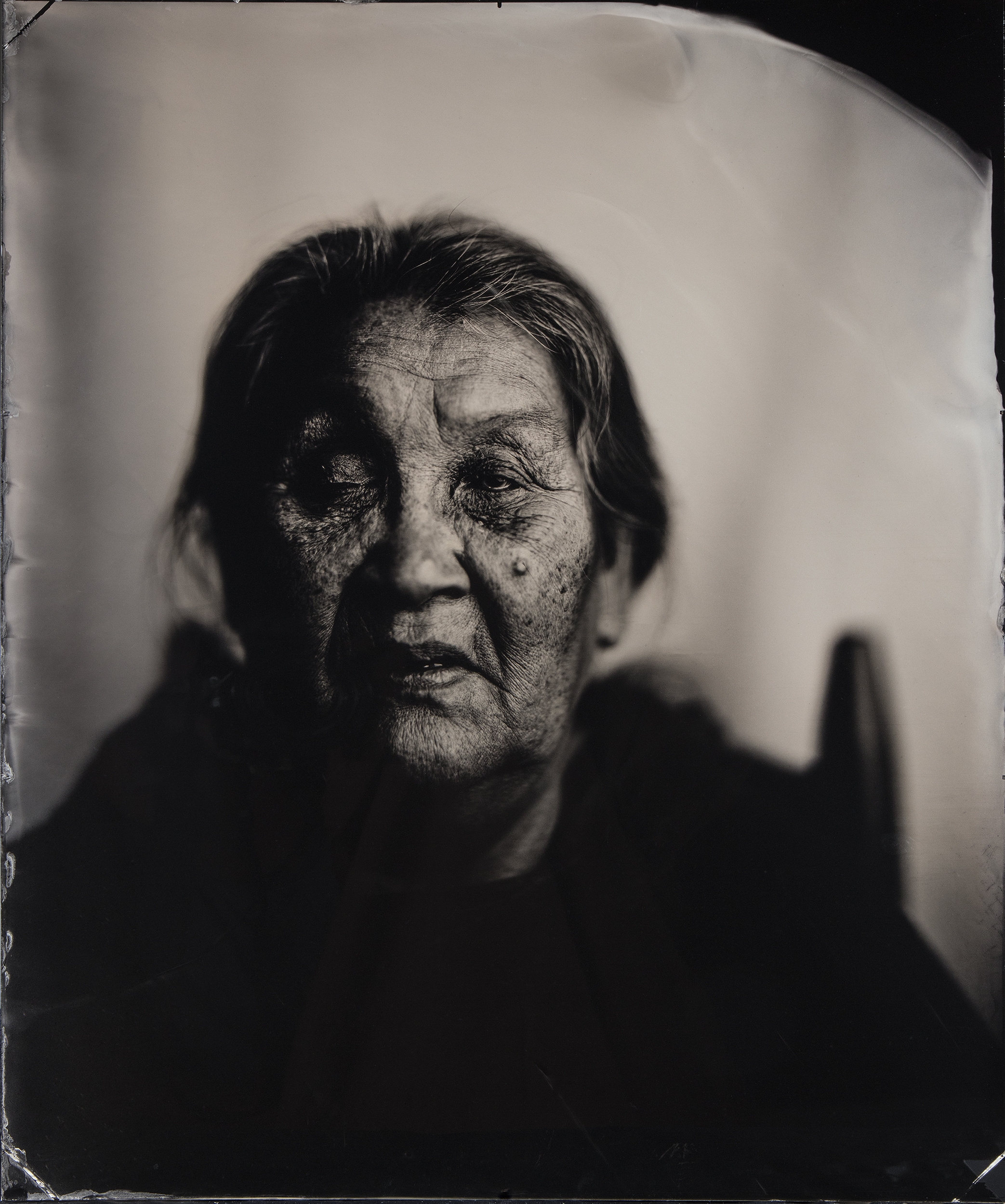 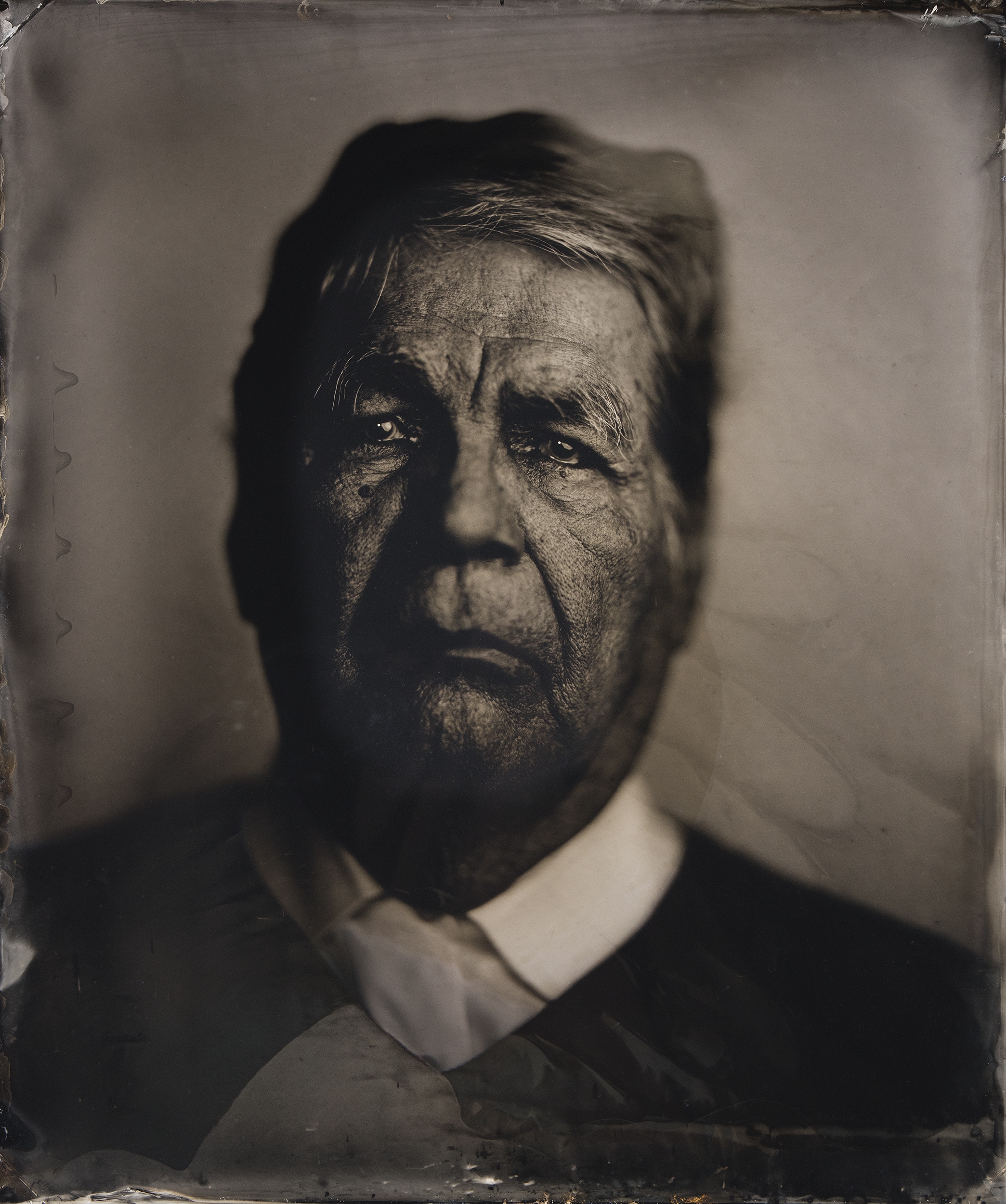 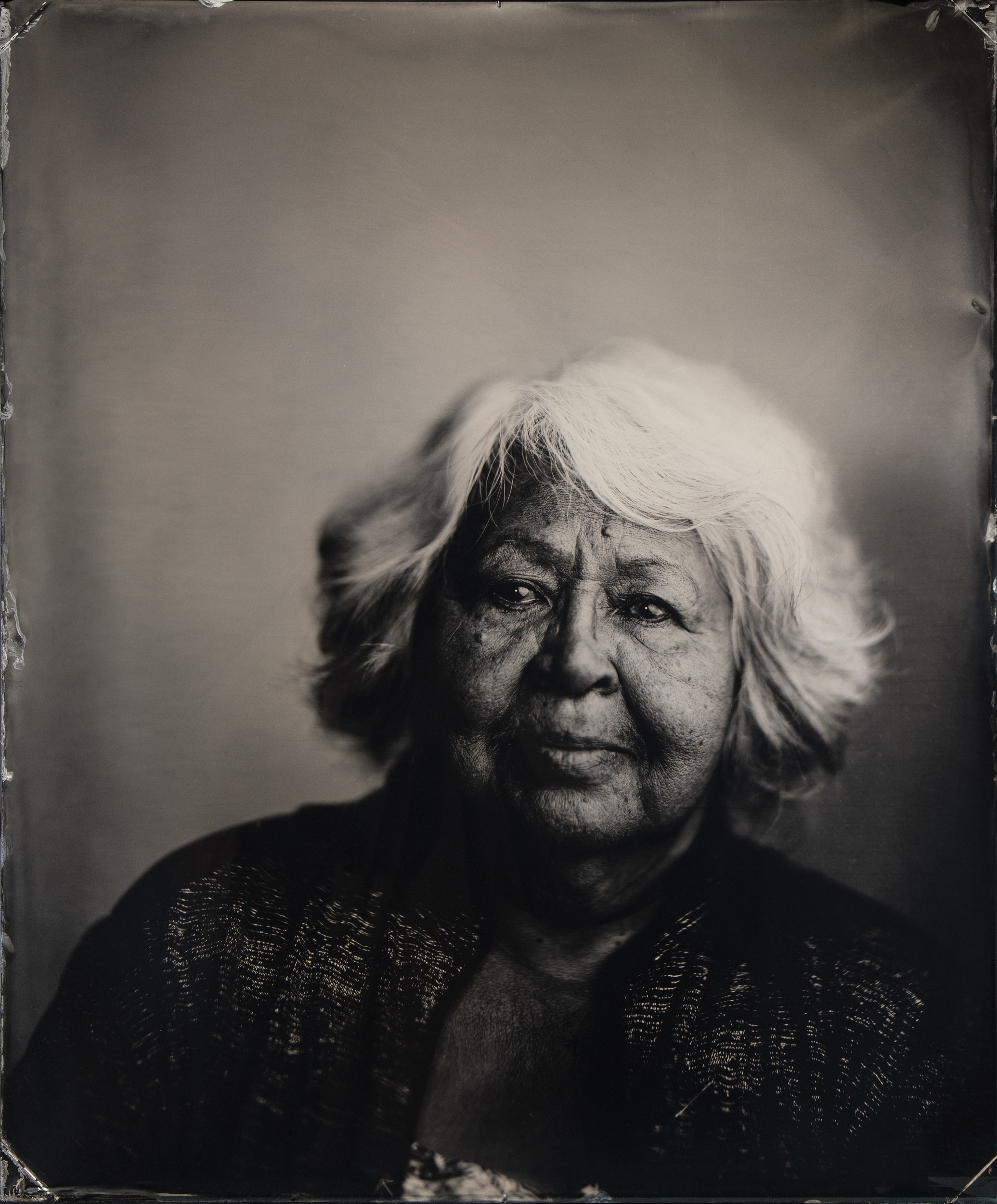 One language dies every 14 days. By the next century nearly half of the roughly 7,000 languages spoken on earth will likely disappear as communities abandon native tongues in favor of English, Mandarin, or Spanish. Language follows power. In an increasingly homogenized era, languages that dominate world communication and commerce push smaller languages toward extinction. In the Americas there are 866 languages approaching extinction. In the western United States alone there are 54 endangered languages, and the last fluent speakers of these languages are over 60 years old. Most of these surviving endangered language speakers are women. The purpose of this project is to create archival photographic portraits of the last fluent speakers of disappearing North American languages. These portraits were created using a Civil War-era photographic process called a tintype, or wet plate collodion positive. Through the wet plate collodion process, the light reflected from the endangered language speaker is embedded in a plate of silver in the camera, thus the plate on display is a record of the actual light reflected from the subject herself. This imbues the original tintype photograph with historical value and meaning similar to Harriet Tubman’s shawl or Abraham Lincoln’s desk. These tintype plates will stand as a permanent record long after the subject, and her language, are gone. This process seems beautifully suited to celebrate and stand as an enduring record of these rare and disappearing language speakers. The goal of this project is to celebrate these speakers through the artistry of the wet plate collodion process. This process is labor intensive and involves hand coating with expensive materials.It involves a team of at least four people working to create each portrait and requires the team to haul a 6x12’ cargo trailer that has been converted into a mobile darkroom to each subject’s location.