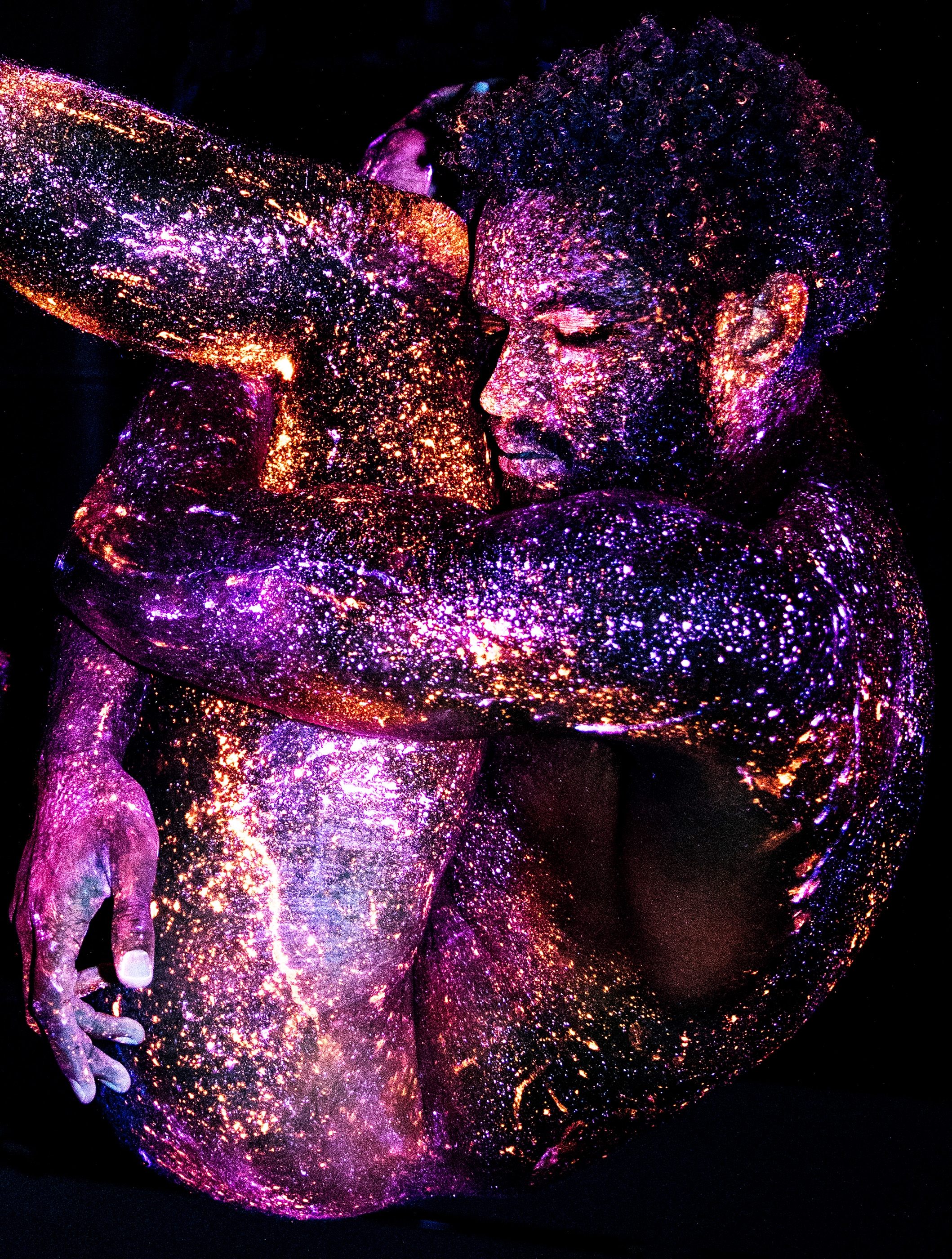 Responding to images of police killings of Black people, since 2016 I have worked to articulate an alternative vision of the Black body as the incarnation of the eternal cosmos. Using my engineering background, I built a camera flash that only transmits ultraviolet light, and in each photoshoot I begin by hand painting my sitters’ nude bodies with fluorescent paints that glow under ultraviolet light. I click down on the shutter in total darkness, and for a fraction of a second their Black bodies illuminate as the universe, transfiguring the Black body into transcendent, ethereal vessels. 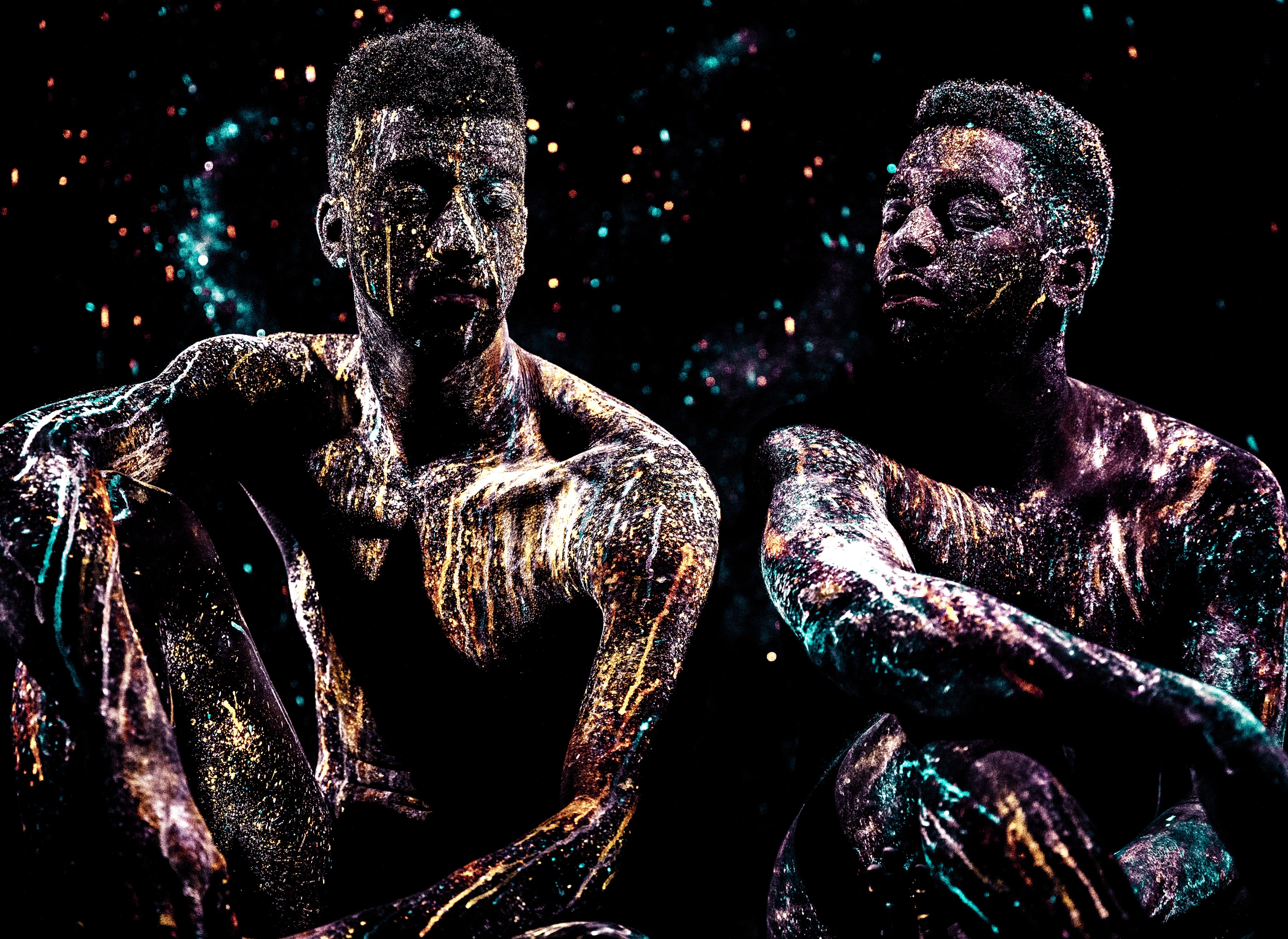 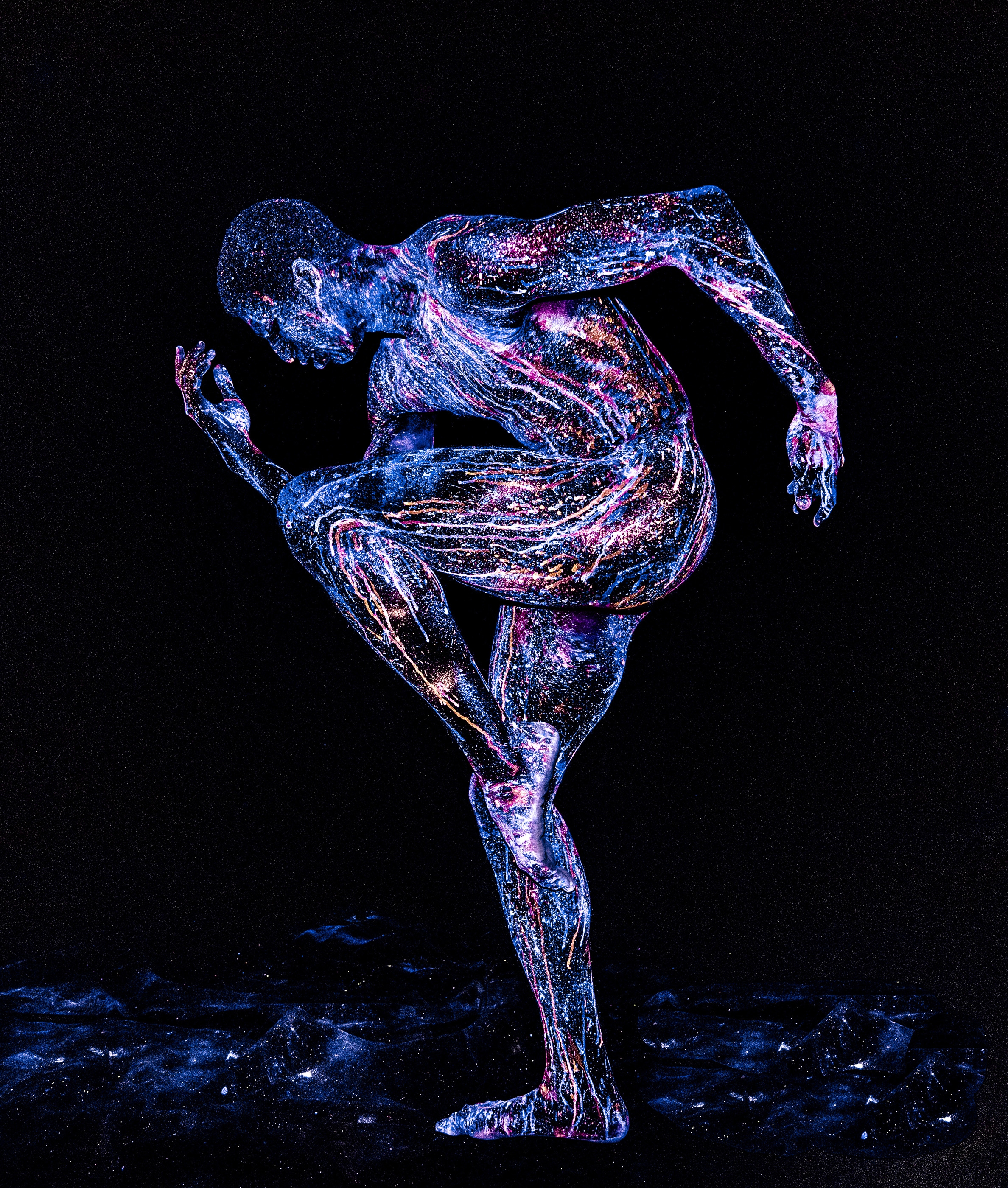 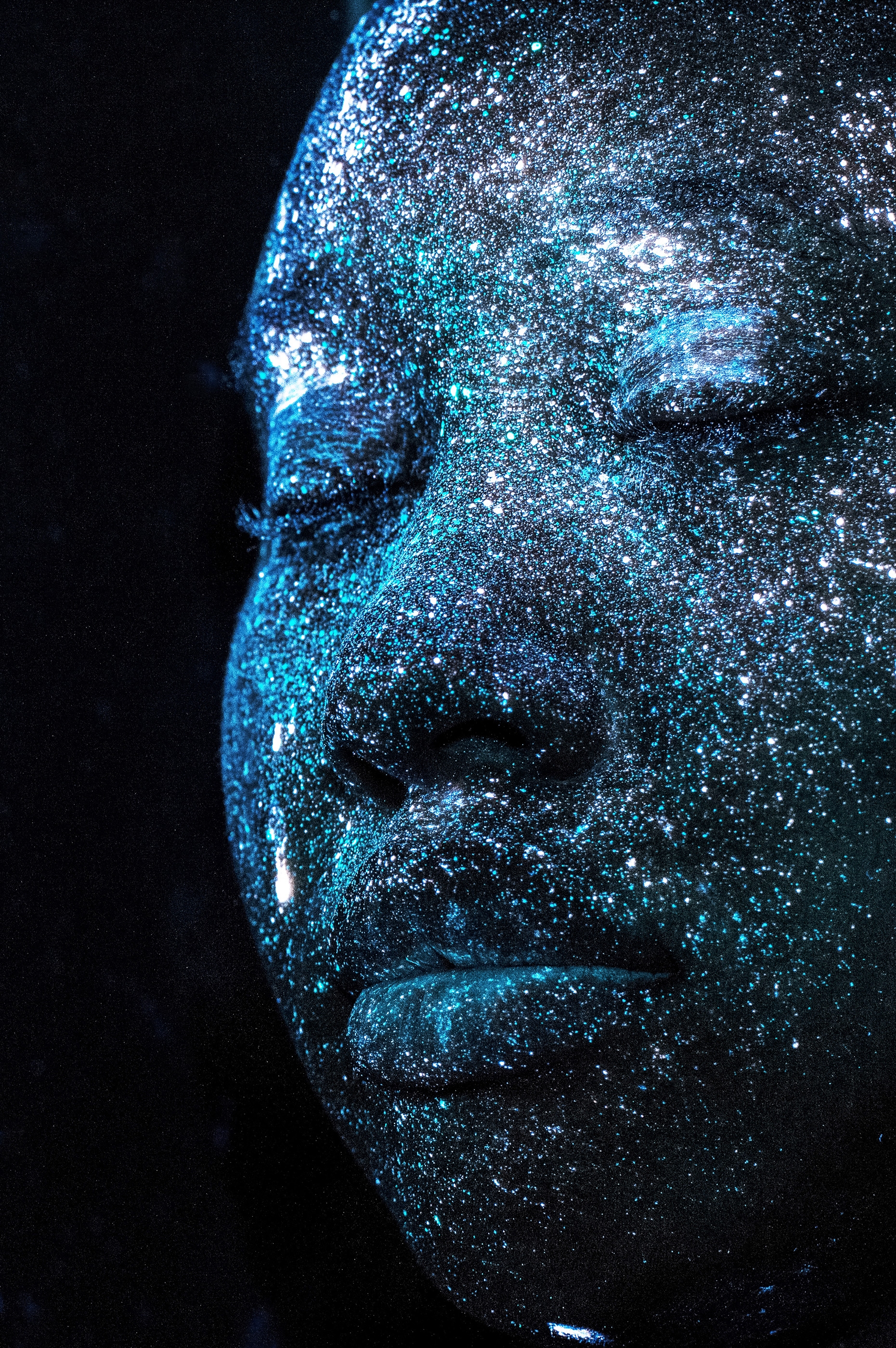 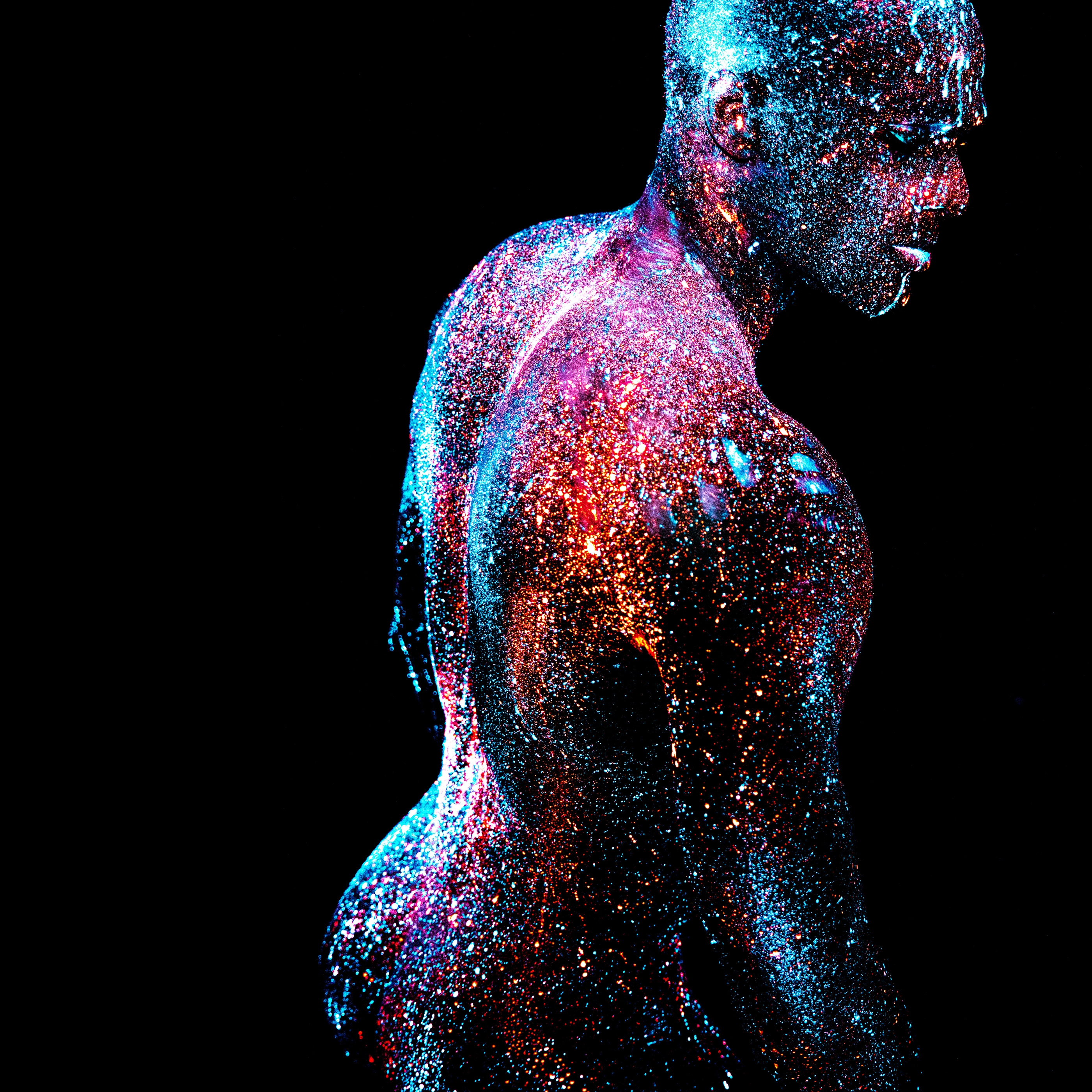 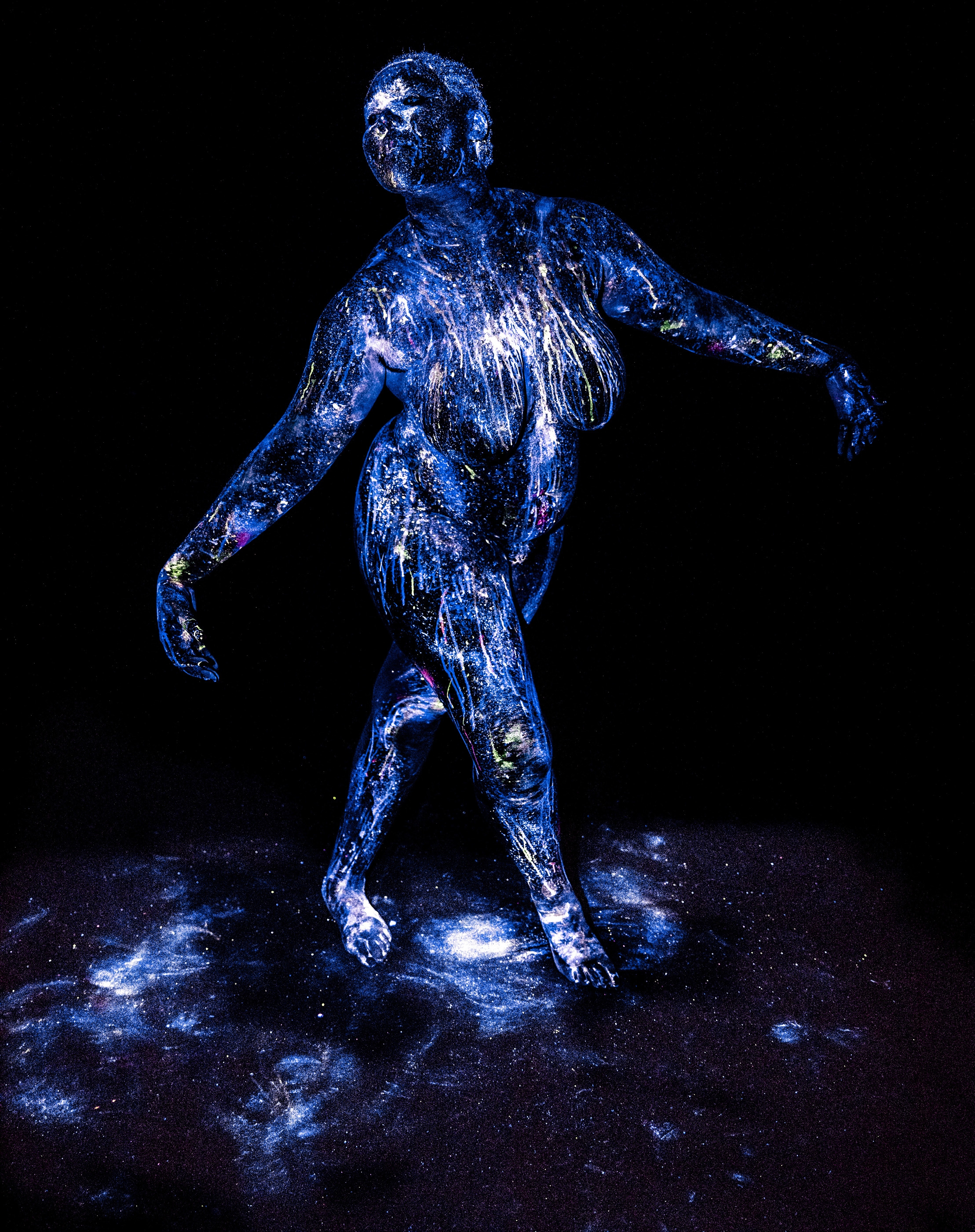 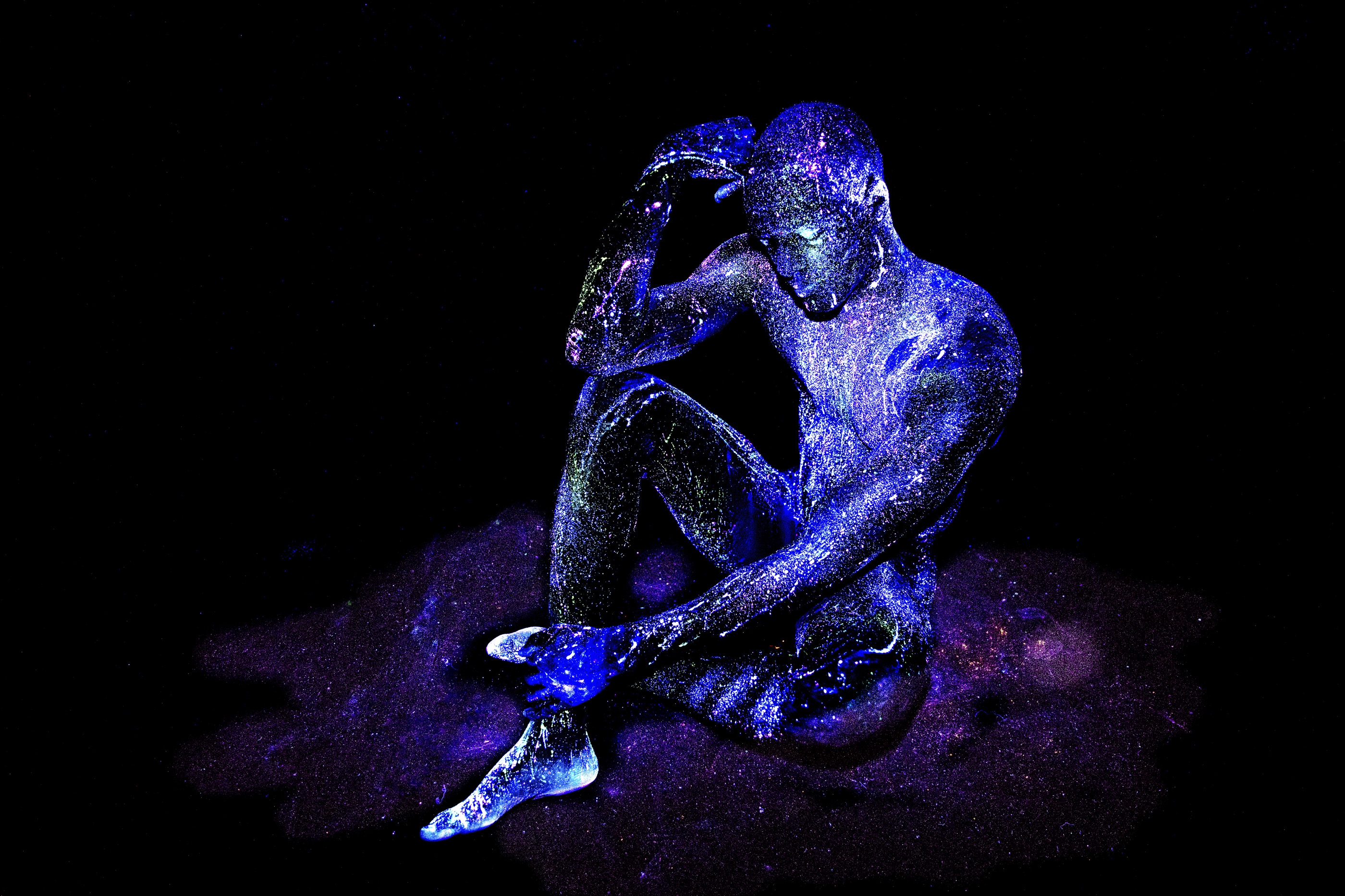 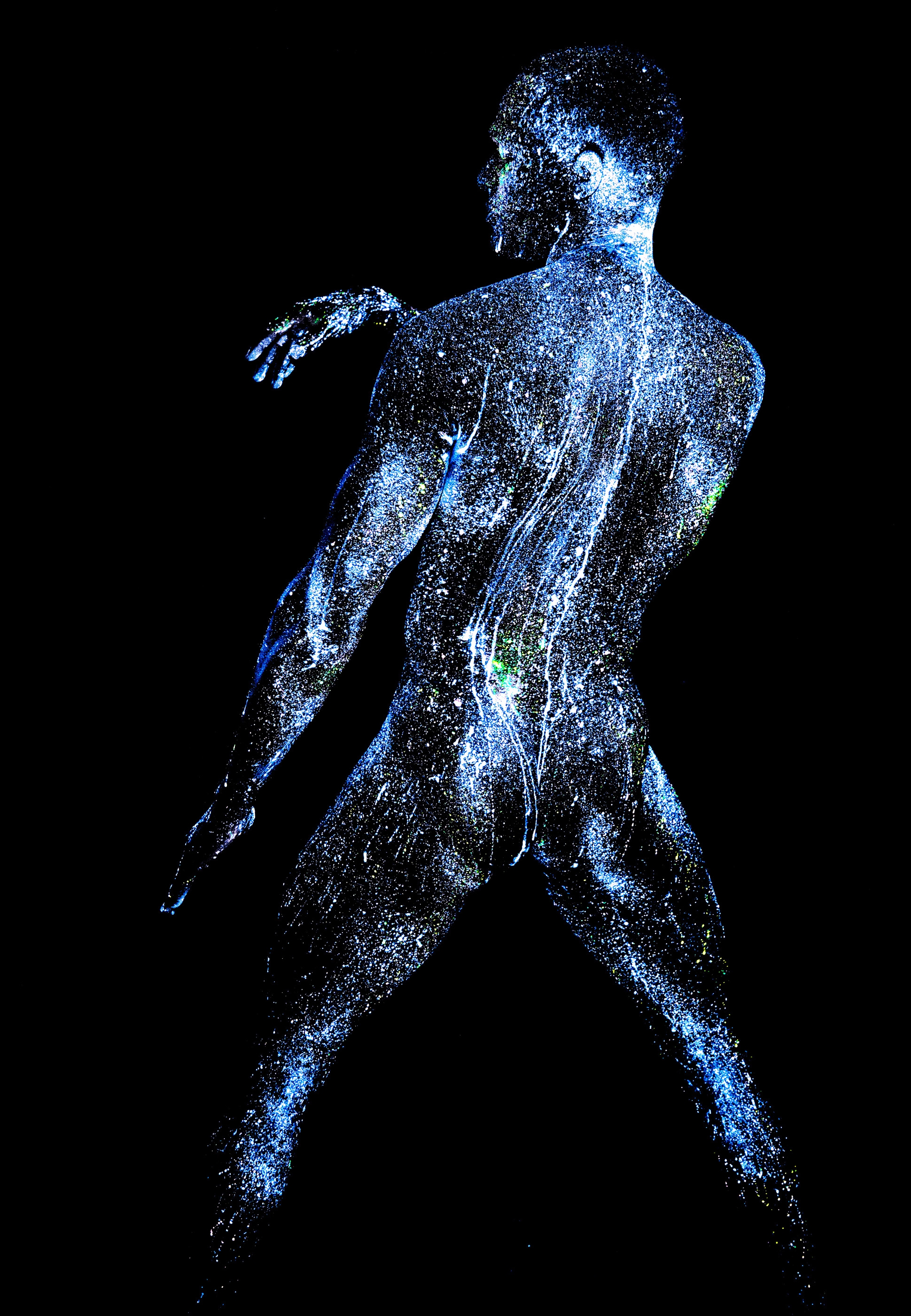 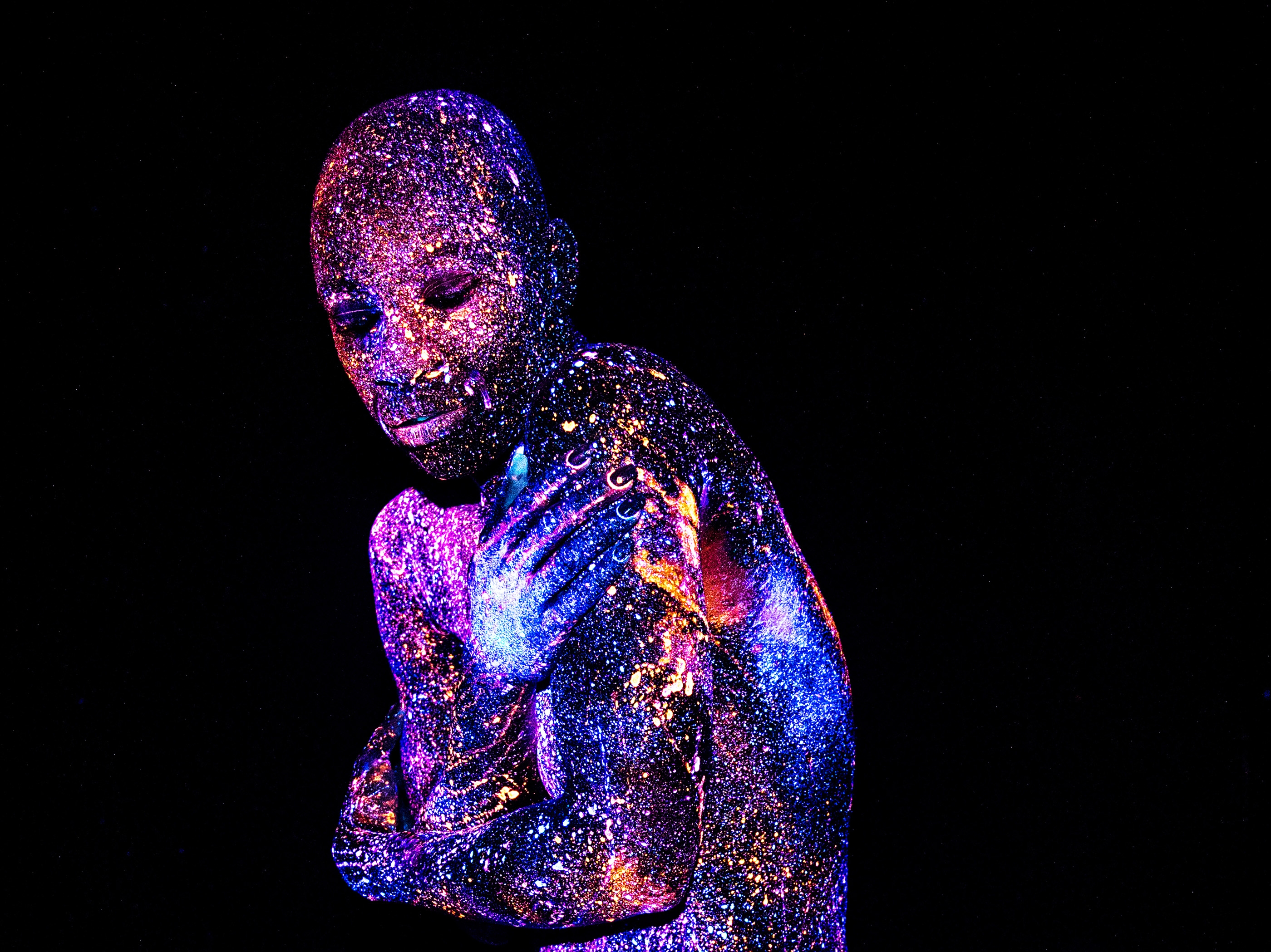 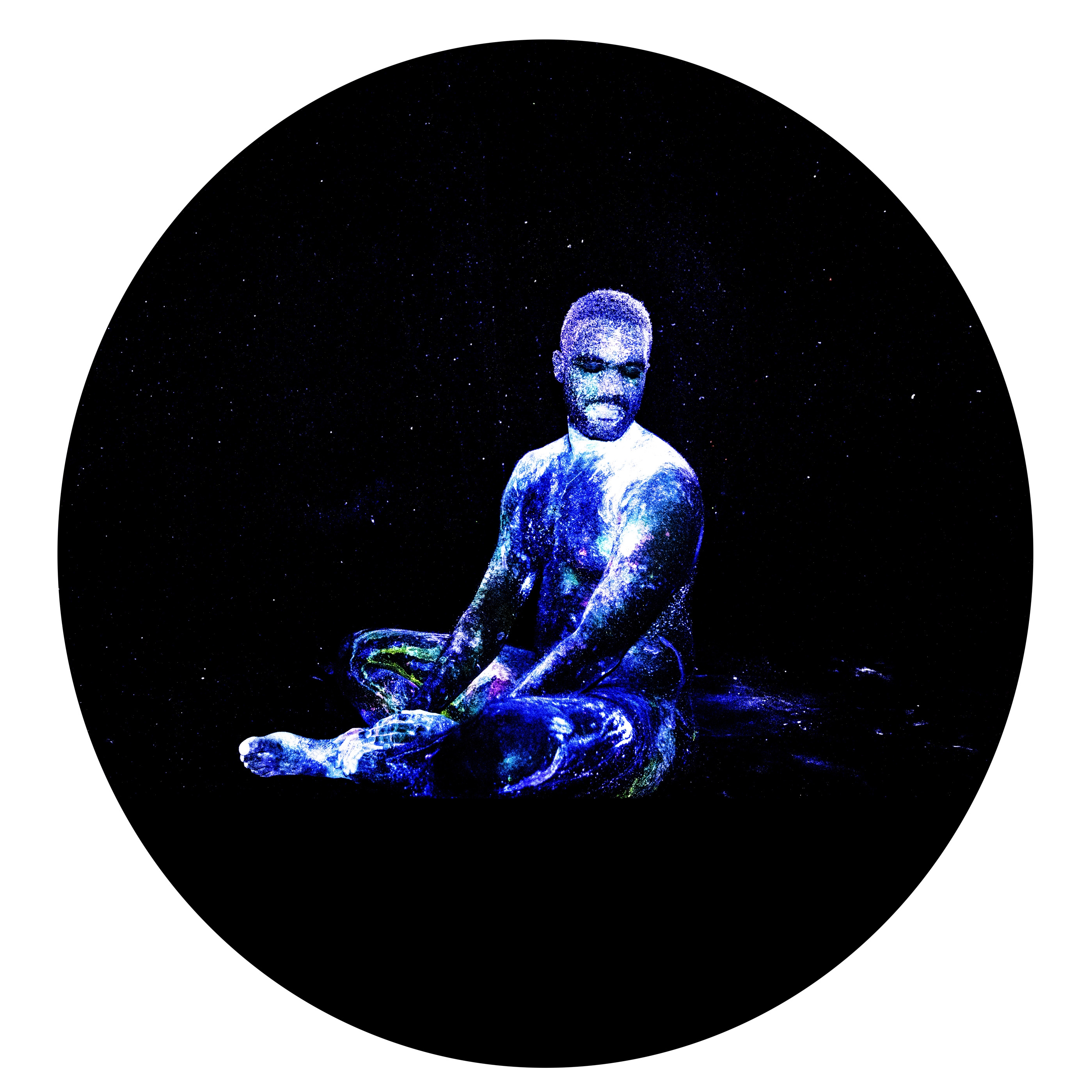 Contemporary Western visual culture is awash in images of Black death: historic lynching photographs, videos of Black people (Michael Brown, Jr., George Floyd, and many more) being killed by police, Black bodies washing up on the shores of the Mediterranean, Africans starving and dying in Pulitzer-Prize winning photography. The trope of the Black body as a site of death is pervasive and omnipresent. Reflecting on these images, I was stunned by the fact that I had never seen an image of a dead white body in the media, while I was growing numb to seeing videos of Black men being murdered on a routine basis. I came to understand this as a tactic of white supremacy, one that reinforces the idea that the Black body is a site of death. As an artist and engineer, the question I asked myself was: how can I transfigure Black bodies from sites of death and state violence into transcendent forms, into vessels of eternal, cosmic life? After several months of testing, I constructed my own camera flash that only transmits ultraviolet light and began experimenting with painting techniques to elaborate this alternative vision of the Black body in my images. Today my process is the following: Prior to taking my images, I begin by hand painting my models’ bodies with fluorescent paints. My photoshoots then take place in total darkness. When I click on the shutter, my flash is triggered and emits a beam of ultraviolet light. This light interacts with the paints on the models, and for a fraction of a second, their Black bodies illuminate as glowing incarnations of the cosmos. Titled 'Infinite Essence,' this series explores a transfigured vision of the Black body in relationship with West African spiritual and cosmological systems, particularly Igbo and Dogon. Each image references myths and divine principles from both systems, connecting Black bodies of the present across space and time to our ancestral conceptions of the universe.