A Refugee's Perspective on the Pandamic 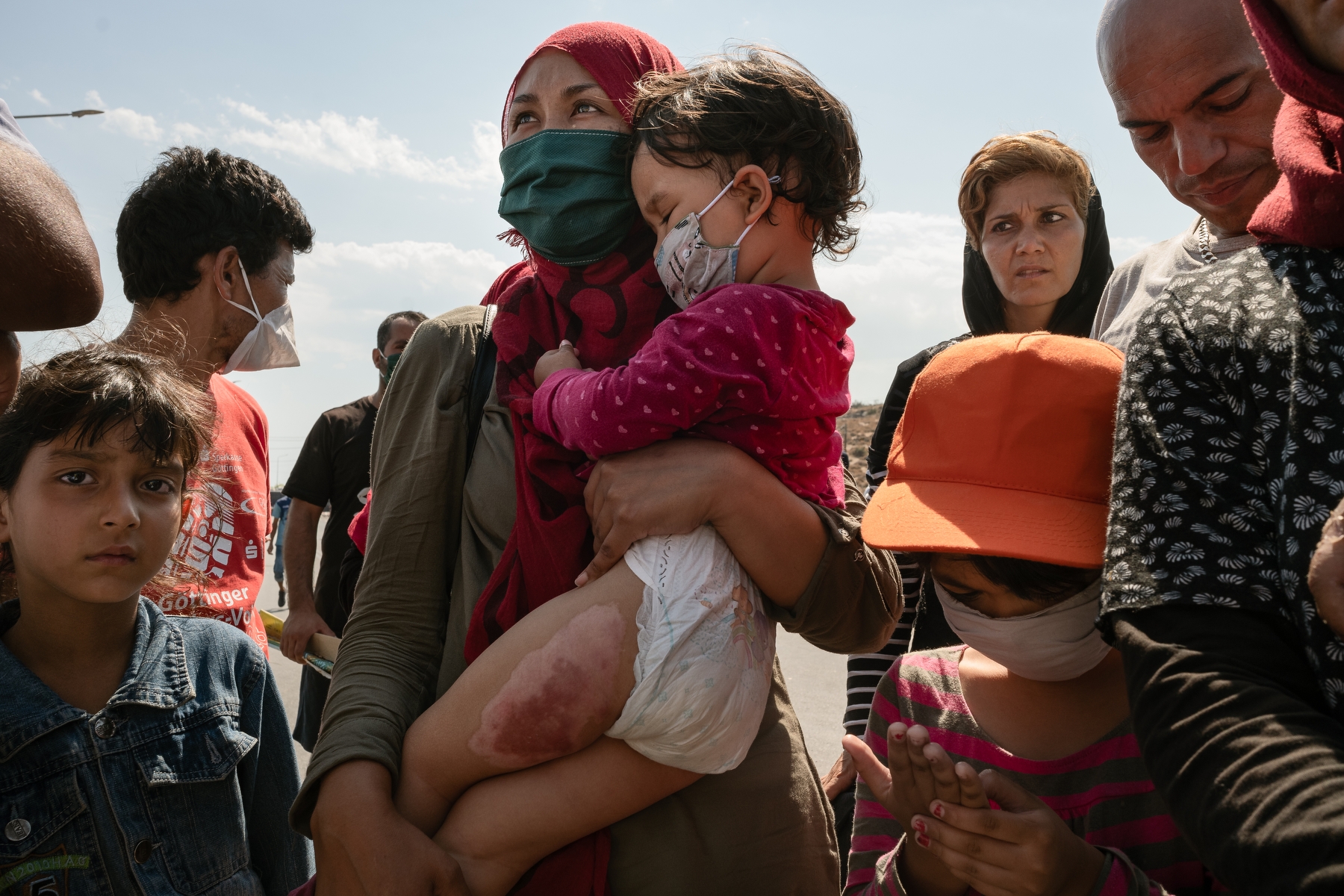 An Afghan Refugee holds her daughter on the Greek island of Lesbos after a demonstration was broken up by riot police with tear gas. Days before the demonstration, the refugee camp 'Moria' - where they lived - burned down. Authorities announced that a small group of refugees had likely lit the fire in response to stringent lockdown measures in the camp. Almost 13.000 refugees became homeless that night. They were forced to live on a small stretch of street for ten days, crammed together with little opportunity to protect themselves against the virus.