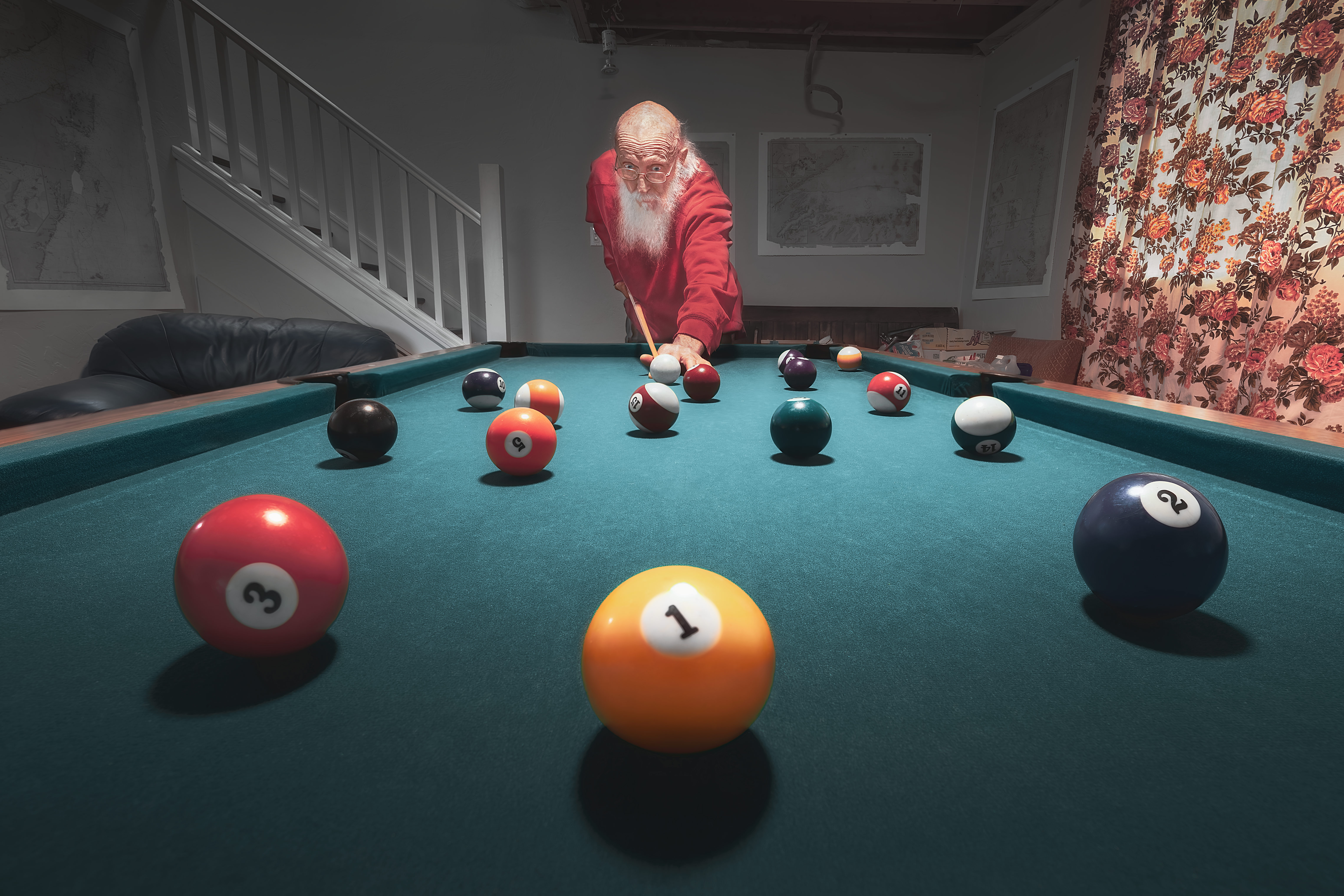 My best friend Robert Tilley, a 73-year-old Newfoundlander, has a pool table at his house. He used to play pool quite often when he was young. Though now he doesn't play pool as often as before, when he picks up the cue, he still gives good shots. The antique maps on the wall as you can see were printed in the mid-19th century, and they belonged to Robert’s grandparents. This is Robert’s home, which he built by himself 43 years ago, where old-time memories and modern-time fun mingle together.