F1 to the Future 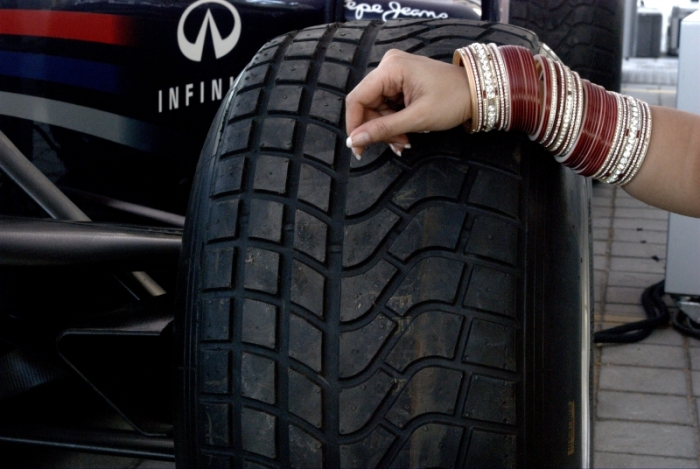 India's rising economy status was boosted when the country hosted its first Formula One race held near New Delhi at the Buddh International Circuit which cost $215 million. While construction was still ongoing, I had the rare chance to photograph the site. I also photographed a promotional event of the Red Bull car in the heart of the city. It was interesting to see the high-speed world of F1 intersecting with India's social reality. When I noticed a worker gazing into infinity, sitting beside the BIC track, it made me wonder - will F1 take him to the future too? 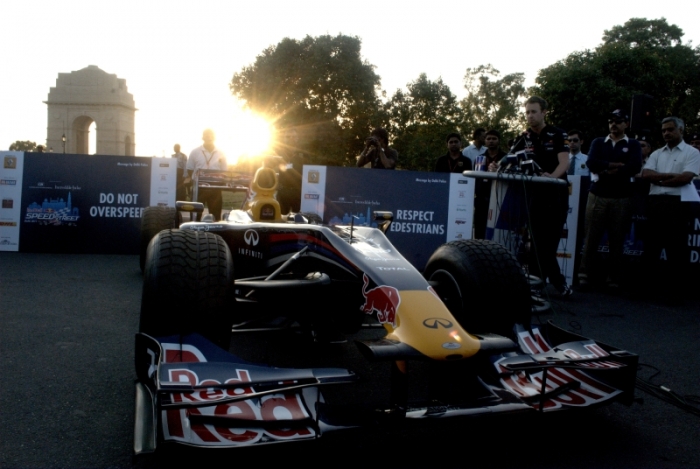 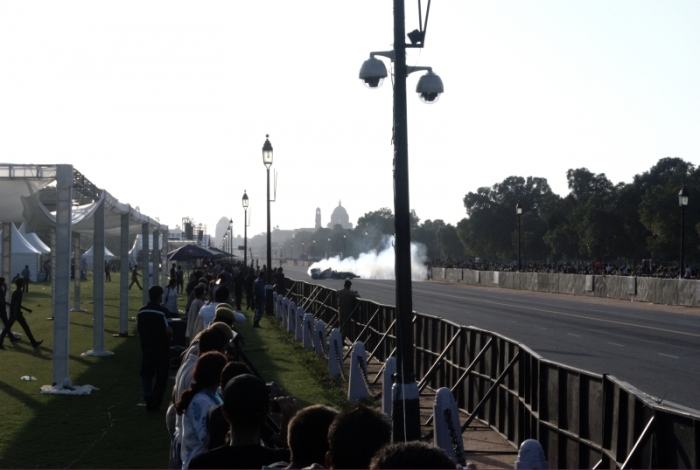 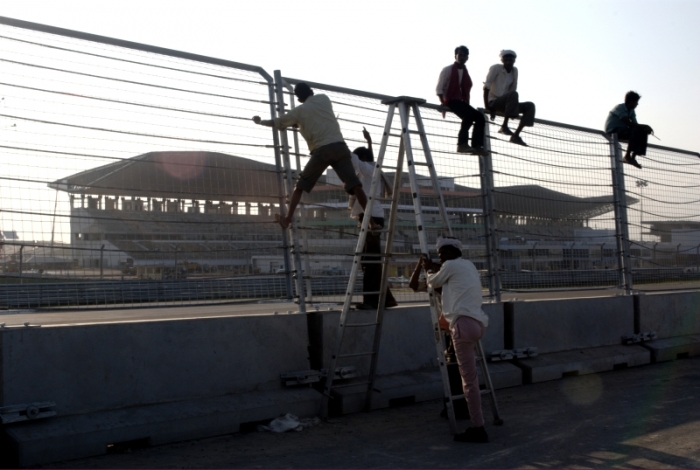 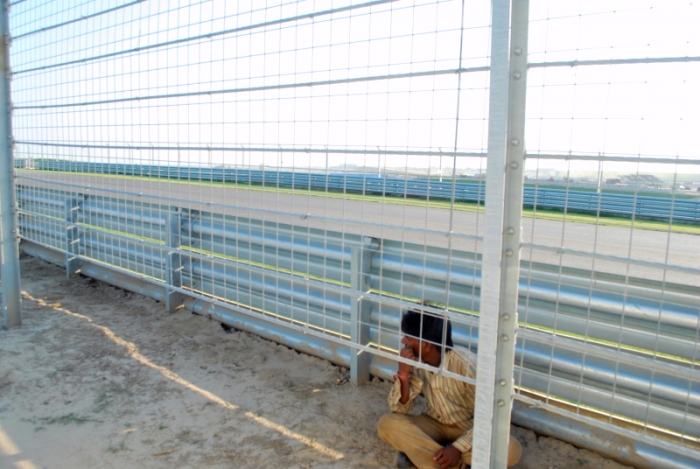 India's growing position as a rising economy was further enhanced when it joined the global fraternity of nations that host the glamorous and big money extravaganza of Formula One racing. Held near New Delhi, the inaugural Indian F1 Grand Prix took place in October 2011 at the Buddh International Circuit, spread over 874 acres and estimated to have cost $215 million to build. Designed by renowned German architect and racetrack designer, Herman Tilke, BIC was praised by F1 drivers and observers as a state-of-the-art facility. While construction was still ongoing, I had the rare chance to photograph the site as an army of workers were speeding up to finish the project on time. With F1 fever in full swing, promotional events included a special run of the Red Bull racing car on one of New Delhi's historic boulevards, Raj Path, near the colonial landmark structures of India Gate and the President's estate. The F1 race and BIC went on to dazzle both India and the world. But I was drawn to the unique intersection of two cultures - the high-speed and high-tech world of F1 and the timeless traditions and social reality of India. The shimmering bangles of a newly married Indian bride posing with an F1 car made for a unique visual statement. But photographing a lone worker gazing into infinity, sitting under the barricades of the freshly built BIC track made me wonder - Will F1 take him to the future too?