My Home at the Dumpsite 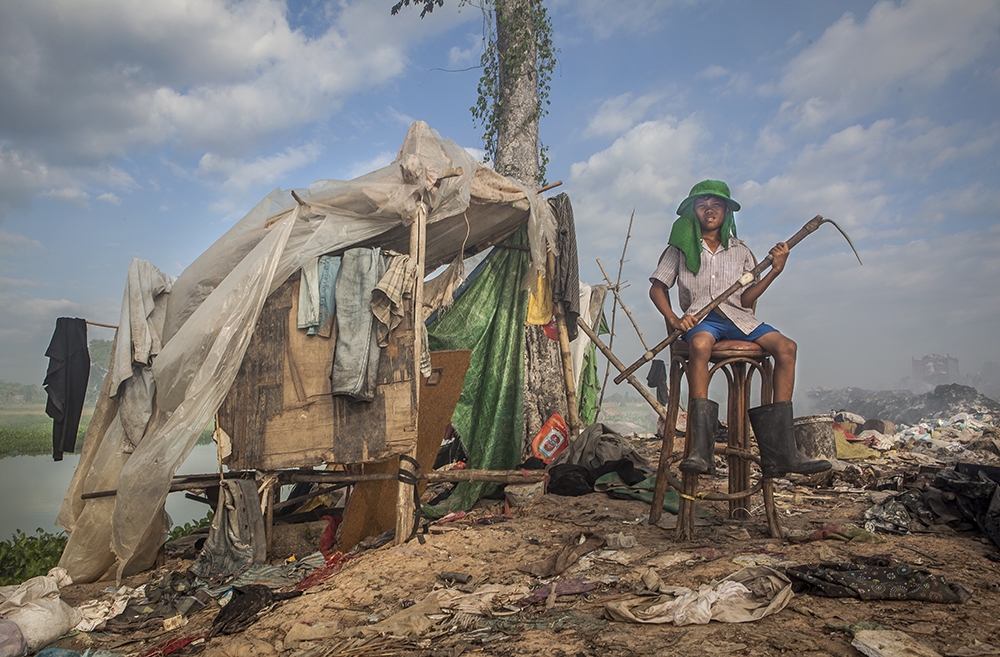 At the time when this image was taken, another truck full of garbage had just arrived to the dumpsite, and just before leaving for work, the young scavenger Sokhorn had accepted to be photographed sitting in front of his home. Sitting on top of a high stool that he had found among the garbage, he had just got on all his working gear, consisting of a cap that will protect him from a potential heat stroke, his hoe, the big pair of boots that an adult had lent to him since his were torn by broken glass, and as soon as he manages to head towards the truck he will still need to tie a big sack around his waist, where he will deposit all the plastic bottles and metal cans he can find. His home is quite simple, but highly valued by him because it is located at his working place. The plastic and cloth covering his shelter home will protect him from the extremely midday sun , and he will have the chance of taking a nap on his hammock, which lays inside.