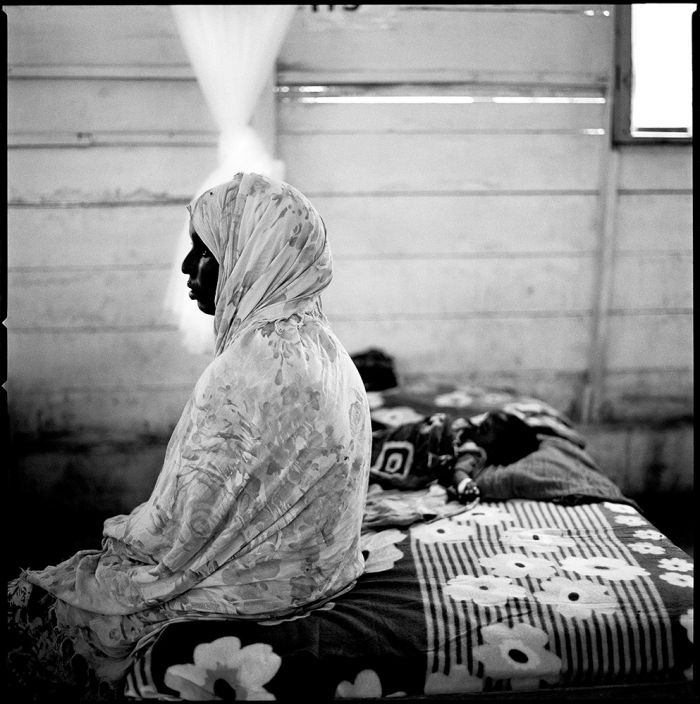 In a country, which has known civil war, pillaging, and every kind of violence for almost twenty-five consecutive years, the term ‘status’ is nonexistent. If the lands, villages and houses are devastated, the herds wiped out, the few earthly possessions confiscated; the lives, they have been stolen. Stolen through murder, child military enrollment, rape… And stolen still by exile and separation. Twenty-two years of conflict have shattered the family structure in Somali society. Often broken down by too many ordeals, the women are continually confronted with problems related to primary needs, namely lodging and food. Without resources, in outmost despair and no future in sight, space and time tend to dissipate, even if the latter seems to drag on endlessly. For these women are waiting. They await a homecoming, news, hope. Sometimes, worse still: they await nothing. It is in this context, absent of any social ranking whatsoever, that these images and testimonies rank as timeless icons of fear and suffering; maybe, but all things considered, Life is unquestionably there. 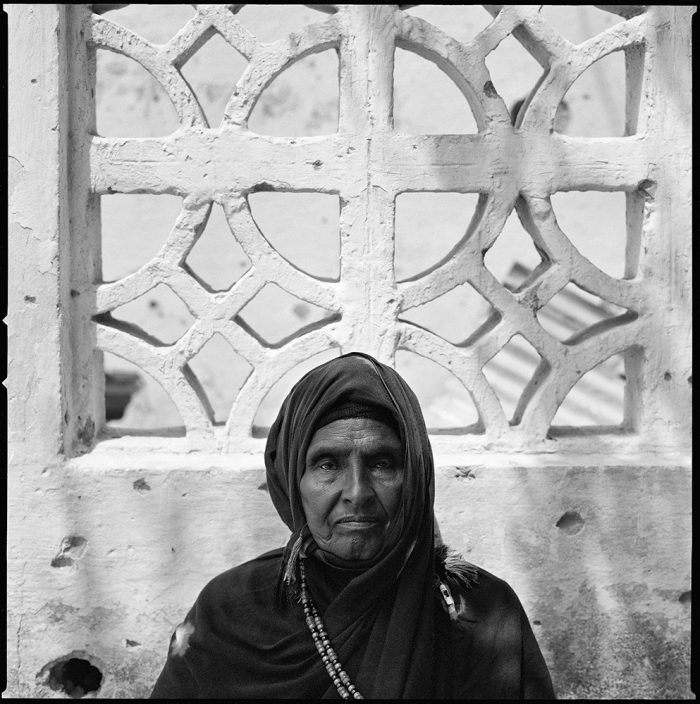 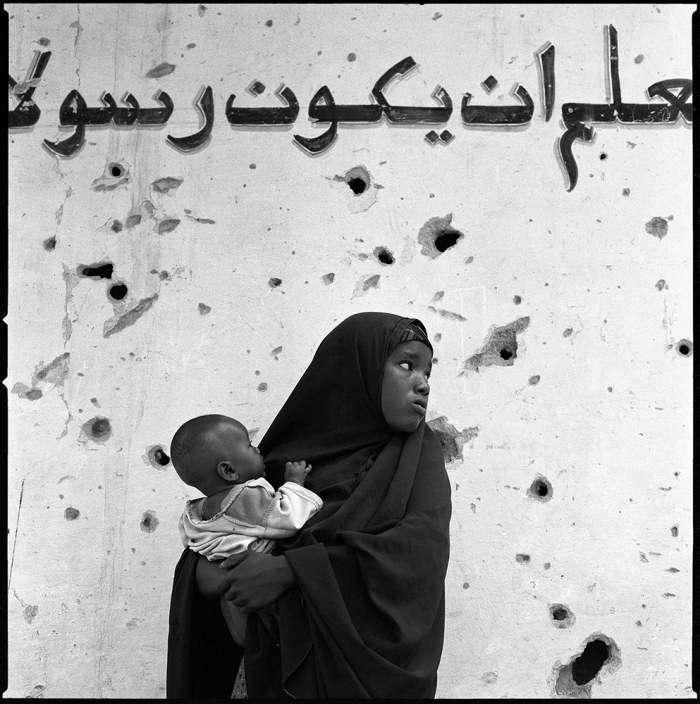 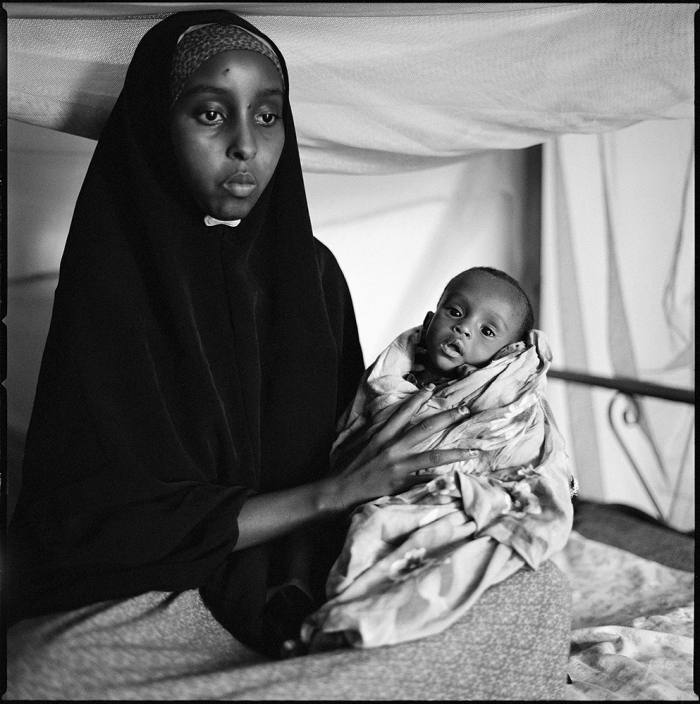 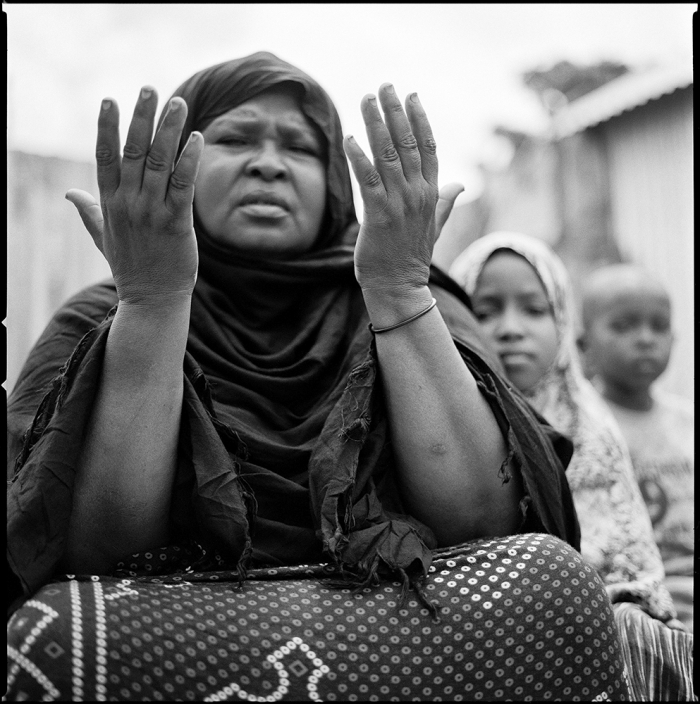