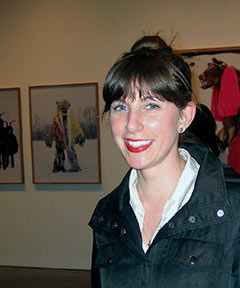 Amy Wolff began her career at a small ad agency in San Francisco. She was later offered a job at the Presidio Trust as the staff photographer and producer, working on art exhibits and public programs, shooting friend’s bands and personal work on the side.

Leaving her cushy government benefits behind, she moved to New York City in 2007, transitioning her love of photography and paychecks into photo editing.

Her start began at Fortune magazine, and one of her first tasks was to scan Walker Evans negatives. Amy joined Photo District News in late February as their Photo Editor, and is a frequent (and honest) portfolio reviewer.