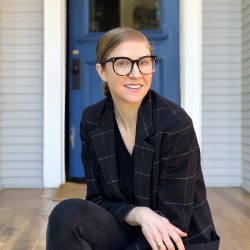 Audrey Landreth is a photo editor, producer and curator living in Los Angeles.

For over twelve years Audrey worked as a photo editor at Rolling Stone and Entertainment Weekly in New York. Since moving to Los Angeles, she’s led a range of book and curatorial projects and also contributed to magazines such as The Hollywood Reporter and Billboard.

Currently, she is a Photo Producer at Apple Music in Culver City.