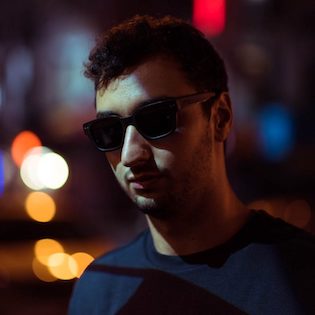 Billy Murray is a producer and media strategist leading production and content development at MicroFame Media—a digital marketing agency that turns consultants (and other idea-based businesses) into thought leaders. Prior to this, he spent nearly half a decade as the Editor-in-Chief of Resource Magazine, an internationally distributed photo, video and creative lifestyle publication. He also served as the Director of Bookings at The Prop Stylist, the first known New York-based agency consisting solely of prop stylists.

Throughout his career, Billy has worked alongside many influential names in media and Hollywood, such as Casey Neistat, Candice Neistat, Jerome Jarre, Ryan Holiday, Bill Nye, Tosca Musk, James Ryan Ohligher, Nicholas Megalis, and the Russo Brothers, among others. He has also worked on projects for a wide-range of commercial and editorial brands, including Pepsi, PepsiCo, Dos Equis, New York Bakery, PopSugar, Jos. A Bank, Women’s Health Magazine, Resource Magazine, Rangefinder Magazine, and more.

Billy studied journalism and art history at Purchase College, where he was the editor of campus arts publication. Today, he is based in New York City, yet is constantly on the road photographing a new counter culture forming around an emerging band called Space Bacon).