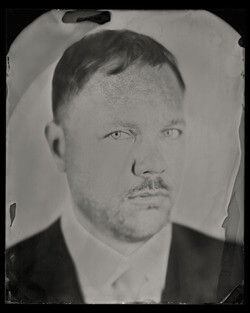 BRIAN PAUL CLAMP is the owner and director of ClampArt, a gallery in Chelsea in New York City specializing in modern and contemporary art with an emphasis on photography.  ClampArt mounts ten to fifteen exhibitions per year featuring the work of emerging and mid-career artists.  Mr. Clamp opened the gallery in 2000 after completing a Master of Arts degree in Critical Studies in Modern Art at Columbia University.

For eight years prior to that Mr. Clamp served as the director of a gallery on Manhattan’s Upper East Side specializing in late 19th- and early 20th-century American paintings. Aside from exhibitions at his own gallery space, Clamp has curated numerous photography shows at various venues throughout the United States, and has reviewed photographers’ portfolios on dozens of panels over the past several years.

Mr. Clamp is the author of numerous publications on American art to date, and also occasionally contributes written work to various art periodicals.