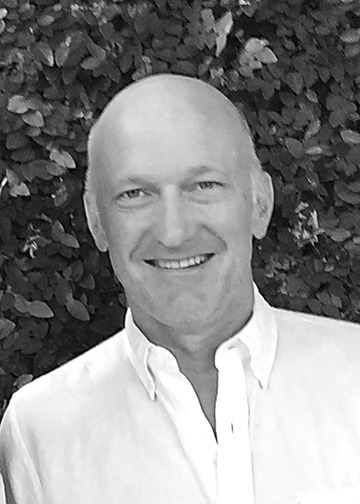 Q: Tell us a bit about yourself and your early life.

A: I was born in Kansas and moved to Oklahoma at a young age where I was raised. I grew up in a wooded area which was also close to the state capital so I was able to spend my time exploring both the natural world of animals, birds, plants and streams as well as the urban world of art, architecture, and history. My brother and my mother both studied art and were very talented in painting and drawing. I realized soon that I was unable to do either and began to focus instead on photography, portraiture in particular. I was especially drawn to black and white images including those derived from the early processes of photography’s inception in the early and mid 19th century. This, combined with a deep family history from Louisiana and South Carolina, steered my interest to the landscape and portraiture photography from the American Civil War.

Q: When and how did you discover photography?

A: I first encountered photography when my brother gave me a photo book by Francesco Scavullo for my 16th birthday. I was fascinated by the contemporary, black and white studio portraits which seemed to have so much in common with the daguerreotype and tintype portraits from 100+ years before. While photography remained a hobby, I at first chose a different career path, working in international trade in Washington DC. I didn’t formally study the medium until I went back to school at age 30, taking classes at the Corcoran School of Art. It was there, and also later in graduate school, that I discovered the rich history of photography and was greatly influenced and still am by the work of Irving Penn, Sally Mann, Walker Evans, Mathew Brady, Julia Margaret Cameron, Alexander Gardner, Eugene Atget, William Christenberry, Richard Avedon, William Eggleston, Maggie Taylor, and Deborah Luster. Other influences include the artists Romare Bearden, John Singer Sargent, and Kehinde Wiley.

Q: So you started in photography relatively late. What was your road to success and recognition in this business?

A: After taking several night classes at The Corcoran I decided to change careers and become a photographer. I moved to Atlanta, graduated from a 2-year photography program, and immediately started working as an assistant for local commercial photographers. Meanwhile I also started photographing models and actors for their portfolios. Eventually I opened my own studio in a small space that was part of an artist collective called The Bat Cave. We were all struggling to make a living at our craft – an inspiring experience being immersed in such a creative environment with fellow artists who would become good friends. I started teaching photography then also, which was a great way to continue learning and growing into different areas of photography. After about 4 years of photographing commercially I took a life changing workshop at Penland School of Craft – a tintype class taught by Deborah Luster, an accomplished and inspiring New Orleans photographer. This led to more study on 19th century processes and eventually to a 2-year program in California to study at the San Francisco Art Institute where I earned an MFA in Photography. Upon my return to Atlanta I began my career in fine art photography with representation by Cole Pratt Gallery in New Orleans. I eventually left Atlanta and moved part time back to Oklahoma City to help my siblings care for my elderly parents. I divided my time between New Orleans and Oklahoma while immersing myself into my digital collage work. After my parents passed away, I returned to New Orleans where I now continue to create my collage work and teach around the South.

Q: Your project, “The Lost Prophets”, won the Fine Art category in IPA 2019. The pictures take us to an arcane netherworld set in the mid-19th century American South. They are truly elaborate collages with approximately one hundred layers each. Tell us about the idea behind the project.

A: I’ve always been fascinated by the human form in art – a drawing, a sketch, a painting, or a photograph. Frustrated by my own inability to draw, I discovered that the camera was the instrument that would allow me to unleash the images and ideas that were stranded in the creative side of my brain. Initially I made portraits in the style of photographers and painters whom I admired, and then, with the aid of the computer, I was finally able to create the layered, conceptual collages that I had always envisioned. By combining selected pieces and fragments, including people, from historical photographs with my own photography I was able to tap into an unlimited library of elements that I could use to build and create my stories. I’ve studied for years the trove of historic photographs capturing the individuals from another time who have long since left this earth. Although there are thousands, I’ve always been fascinated by the unique ones – those with a rare combination of many elements – the eyes, the expression, the gaze, the pose, the clothing, the lighting, the race, the person, and more. To me, these characters seem to have been gifted with more than ordinary spiritual insight – possibly prophets, leaders or spokesmen/spokeswomen for a cause, a doctrine, a group, a village, or a family. I wanted to elevate these lost individuals, both figuratively and literally, putting them in places of honor and then completing their stories by surrounding them with the symbolism of iconography. I feel most of these characters, because of their race, age, gender, class, education, and/or
sexual orientation, were never allowed the life they deserved or the dignity that came with it.

Q: The making of these images are obviously very time-consuming. Tell us about the process, starting from the idea, to the details and the realization? How much time did you spend on average with one collage?

A: I almost always start with the chosen individual from an historical photograph. I have a general idea on the setting for the collage such as rural, urban, interior, exterior, formal, or ruins. From there I make several different versions using different backgrounds – skies, buildings, additional figures, animals, trees, etc. After a few days I usually narrow it down to one or two versions and continue working on those. I’ll intentionally hide one for a period of time while the other version progresses. At a certain point it becomes obvious to me which version I will choose and at that point I begin the process of creating the story of the piece. I use many sources from the internet for the historical images with the most important search factor usually being size. Lighting and camera angle are also important as these are difficult to blend into the new collage if they are very different from the other elements. It is at this point also that I pull fragments and elements from my own photographs. This library includes almost 30 years of images, both film and digital, from the American South. I often try out a dozen or more elements to find the one that fits perfectly into the scene in terms of composition, relevance, and meaning. The time involved in each piece varies from a few weeks to a few months. The pieces have evolved over the years and require increasingly more time to create. I am now making a single individual out of several which means adding/subtracting hair and/or beards, switching appendages, altering and adding clothing. Also, the number of layers in general has increased from 30 or so a few years ago to well over 150 in the newer pieces.

Q: Another David Knox was a famous photographer of the American Civil War. Did his work have to do anything with your fascination with this time period?

Interestingly, I never knew of the other David Knox until I came across a photo of his when searching for a specific type of image. I was definitely surprised and researched the 19th century David Knox and his life and career – I just wish there was more of his work online. His and other photographers’ images from the American Civil War are of great importance for many reasons. They were the first large scale documentation of what our country actually looked like from architecture to landscape to transportation to clothing to the way we lived and farmed in the country, cities and ports. Before this we relied only on written descriptions or depictions from artists’ drawings and paintings. They also provide a visual record of the only major wartime destruction in our country of cities, farms, roads, railroad tracks, bridges, and more. These images from the American Civil War record in graphic detail the horrors of war and of slavery and the personal losses suffered by those on both sides. They are relevant assome of our first lessons from history documented by photography.

Q: What does this recognition and award mean to you, and why do you think your project won?

A: To have this body of work recognized by the International Photography Awards with such an incredible group of jurors representing the top echelons of photographers, gallerists, artists, curators, collectors and more, was the biggest honor of my career. The prestige of the IPA is unsurpassed and to receive the Fine Art Photographer of the Year was at once amazing, humbling, and inspiring. I think my work won because of its uniqueness of creating a conceptual, fine art piece by combining historic imagery from the 19th century with my own photography from the 20th and 21st centuries. In addition, I think the Lost Prophets won the Fine Art award for the stories told by the 10 pieces – the exhuming and elevating of forgotten individuals to places of honor where they were allowed to, posthumously, live the life they deserved with dignity.

Q: What projects are you working on now?

A: I am currently working on a new collage series entitled The Hunt Collages. The collages, in the genre of historical fiction and set in the landscape of the American South, explore both secular and Biblical narratives of the rituals of the hunt. Based loosely on the Unicorn Tapestries of the late Middle Ages, these pieces use pagan and Christian symbolism to tell their mystical stories. This should be an ongoing project over the next year. I am also experimenting with various fine art papers and surfaces for printing this series. I’m looking forward to finding new gallery opportunities outside of Louisiana for my work this year as well as obtaining a studio space in New Orleans.