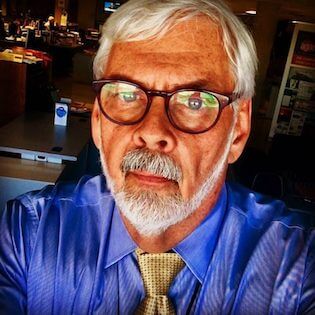 Donald R. Winslow served as the editor of News Photographer magazine for the National Press Photographers Association from 2003 until 2016, producing the magazine from the United States, Italy and China before returning to daily newspapers in 2016 as the Managing Editor of the Amarillo Globe-News in the Texas Panhandle.

Based in Austin and now writing books after retiring from newspapers, Winslow’s four-decade career in photojournalism included being a photographer, picture and graphics editor, director of photography, news and feature writer, and a new media producer. He worked for Reuters as a photojournalist and editor based in Washington, D.C. covering the White House and major league sports and Olympics, and for Reuters NewMedia, in Reston, VA, and New York City.

In addition to the Globe-News his newspaper career includes The Palm Beach Post, The Pittsburgh Press, The Milwaukee Journal Co., The Republic in Columbus, IN, and The Wabash (IN) Plain Dealer. While at Reuters he worked on developing early applications for digital technology and remote transmitting for traditional news assignments, such as the White House, inaugurations, sporting events and Olympic Games. At CNET Networks in San Francisco he was the director of photography for CNET Online.

Winslow continues to teach photography and photojournalism in Rome, Italy, at John Cabot University in Trastevere. Previously he taught at Franklin University in Lugano, Switzerland. He was also the co-founder of a non-profit charity organization that used storytelling and online media to assist other charitable organizations, New Media for Non Profits, and he’s a founding member of Shoot4Change in Rome.