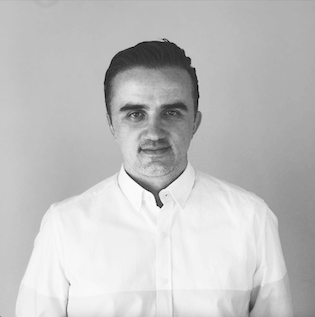 Izmir University of Economics
LECTURER OF PHOTOGRAPHY AND CURATOR

Emre Küheylan is a lecturer of photography and media in Izmir University of Economics and he is also working as a curator in photography festivals around the world.

He started his professional photography career in Hamburg-based Gruppe28 Photo Agency. His articles and photographs have been published in various news, travel, culture and art magazines in many countries. His photographic works have been exhibited in various galleries and festivals in Italy, China, Singapore, the United Kingdom and the United States.

In 2009, he started to work as a writer and representative in PhotoWorld Magazine. He organized several exhibitions held at Istanbul PhotoWorld Photography Center. He curated “Without Borders” section of “Our Life is Photography” Photo Festival held at CKM, Istanbul.

In 2011, Emre Küheylan founded the Artlica Agency, which represents more than 30 art photographers worldwide. The artists he has represented took part in many exhibitions and festivals such as the Istanbul Design Biennial. In the following years, he started Globalica, the editorial branch of the agency. Globalica represented Camera Press (United Kingdom), Agentur Focus (Germany), Anzenberger Agency (Austria) and Agence VU (France) in Turkey.

Emre Küheylan is working as lecturer of photography and media at Izmir University of Economics since 2015. He is also the Vice Director of Vocational School. He curated several exhibitions and festivals recently including Fotofestiwal Lodz 2019, Porto Photo Fest 2018 and International Z Photography Festival. He is also a member of the Society for Photographic Education (SPE).