Photographers from France made a lasting impression on the esteemed jury panel at the International Photography Awards with truly amazing works transporting viewers around the world through cultures and impressive works of architecture. Editorial Photographer of the Year, Kiran Ridley presented an uncensored viewpoint of protests in Hong Kong to the government’s proposed Extradition Bill, allowing citizens to be extradited to mainland China for prosecution. Jury member Alex NG, publisher of Photonews.hk, mentioned that the series “shows a very complete photo essay of what happened. The images are very strong and the message is loud.” 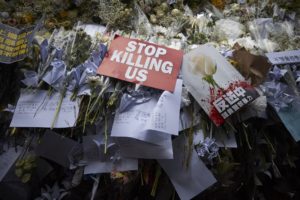 “On June 9th 2019, an estimated one million people took to the streets of Hong Kong to march in protest to the government’s proposed Extradition Bill, allowing citizens to be extradited to mainland China for prosecution. Since that day, Hong Kong has been plunged into a political crisis, with waves of demonstrations and violent clashes between Police and protestors with an alarming rise in the number of police brutality and misconduct allegations, as protests morphed into a wider call for democratic rights and freedom in the semi-autonomous city,” explained Editorial Photographer of the Year, Kiran Ridley. 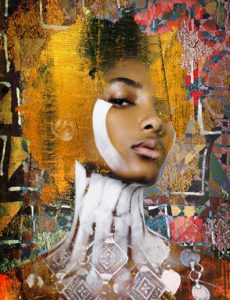 “I deeply love strong women. To give them even more strength and power, I mix painting and photography techniques to create portraits with my vision about beauty, diversity and inclusivity,”  said Vincent Jabes Non-Professional Photographer who won 1st Place in the Fine Art category.