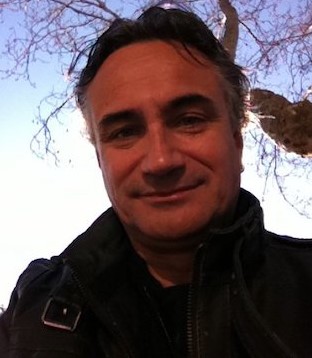 An early job working as a studio assistant with Terence Conran’s ‘A team’ of photographers and designers in UK and then heading up a planning division at Mills and Allen Outdoor Advertising in UK set a career trajectory that led to bringing both creative and suit sides together when he moved to Australia and founded ‘Folio’ in 1988, Asia-Pacific’s first shoot production and photographers agency specialising in image creation for advertising agencies.

His energy and passion in all areas of his work from assembling portfolios and reels, to writing treatments, to marketing and production has been a significant springboard to success for many of todays’ notable Aus/NZ photographers and directors and his companies have brought thousands of ideas to life for creatives and ad agencies for leading brands across Asia Pacific.

Loving the business of ideas and never short of ideas himself, he loves to take pictures and write, in 2003 he collaborated with creative legends Edmund Choe and Craig Davies and gained a Silver Lion in the campaign press category plus a Bronze Clio for his work on Look’s infamous ‘Anything for the Shot’ campaign.